Get the app Get the app
Get the latest news on coronavirus impacts on general aviation, including what AOPA is doing to protect GA, event cancellations, advice for pilots to protect themselves, and more. Read More
Already a member? Please login below for an enhanced experience. Not a member? Join today
Community Flying Clubs Club Connector Newsletter Club Spotlight: Making a Switch – Changing the Type of Aircraft Your Club Operates

A flying club is an ever-evolving organization that will change over time. Membership will turn over. Engines will need to be overhauled. Avionics will improve and need to be upgraded. Even the mission of the club may get updated and refreshed. Change is the natural order of things.

So how does that affect the type of airplane your club operates? For some clubs, it may mean replacing the current club aircraft with something completely different. Other clubs might be looking to add an aircraft to their fleet to diversify. Either way, the process and questions to consider are the same.

One club that went through the process of replacing its aircraft with a completely different type is the Flying Educators, based at Fort Lauderdale Executive Airport (KFXE) in Florida. 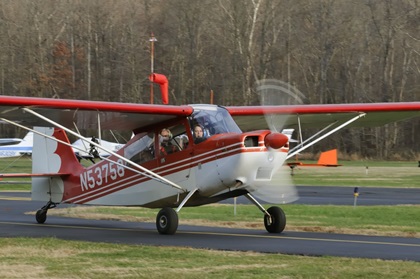 The club was founded in 1962 by 10 Fort Lauderdale public school teachers. From 1962 to 1995 the club only operated Citabrias. In 1995, the members decided to switch from the two-seat, high-wing aerobatic taildragger to a four-seat, low-wing Grumman Tiger [See this month’s Aircraft Spotlight].

"Over the years, the club's mission and approach to flying haven't changed much,” former Club Secretary and Treasurer Greg Utley said. “The idea was that it is a participatory organization. Everybody was expected to pitch in with things like the annual inspection or cleaning the hangar. That’s still the philosophy today.”

Even if the mission hasn’t changed, why would the members choose to switch to a completely different type of aircraft? For the Flying Educators, the conversation began because the Citabria was nearing a major engine overhaul and was within a few years of needing new fabric. It was natural for the members to discuss whether they wanted to invest money in the current aircraft or sell it and buy another aircraft. 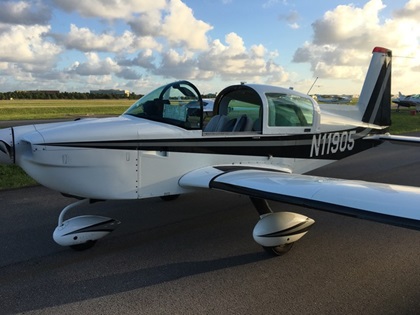 The club spent about three months having both formal club meetings and informal discussions among members on what to do. Conversations centered around how members were using the aircraft and what they wanted to do going forward.

When assessing a club’s current aircraft, or the possibility of adding to the fleet, it’s best to first evaluate the club’s mission and review the type of flying members do. Some clubs are focused on access and affordability, while others want the most advanced aircraft with state of the art equipment. AOPA’s Flying Club Resource Library is a great source of material on how to choose an aircraft.

Do your members want an aircraft built for longer cross-countries with a high useful load or do most club members fly locally? Knowing how your members fly and what they want in a club aircraft is the first step.

Putting a group together that seeks input from the membership is critical. There will be differing opinions, so it’s important the process provides all members with the opportunity to participate and have their voice heard.

For a small club like the Flying Educators, the entire membership was involved in the discussion. A larger club may want to select a committee to do the research and survey the members on their wants and needs.

See this month’s Question of the Month for a checklist approach to expanding your fleet. 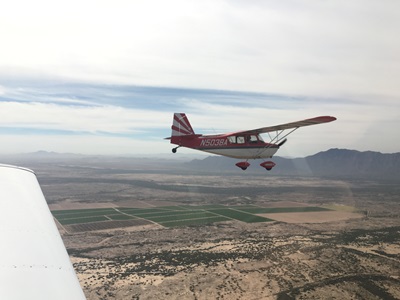 About three or four of the Flying Educators were using the Citabria to fly aerobatics regularly, another three or four generally flew local cross countries traveling 150 to 200 miles or less, and the remaining members generally only flew enough to stay current.

“We went into a series of meetings with our members, that lasted three months,” Greg said. “We listed the pros and cons. We concluded that we really needed a four-place airplane and something that was a little bit faster so we could do cross-country work.”

The decision to change airplanes was the easy part. “Deciding what airplane to buy took more time than the decision to switch,” Greg said.

“There were two or three of us, including me, who wanted something fairly big, fairly comfortable,” Greg said. “What I really wanted was a 182 – it’s got a lot room, it has a high wing so you can see down, and it keeps the sun and the rain off of you when getting in and out.” 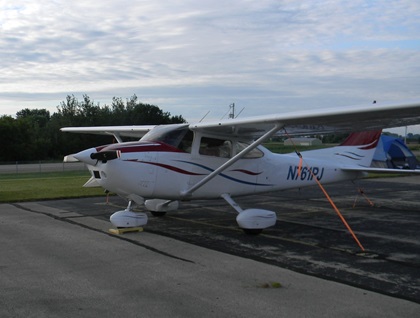 Discussions went back and forth and the Tiger came into the mix early on. A Cherokee Six also was considered because a lot of members wanted to carry either a lot of people or four people and snow skis or scuba gear. But looking at club data over the prior eight to 10 years showed 90 percent of flights were either single pilot, or two club members. Only a small portion of flights included family or friends. “A Cherokee Six just didn’t make sense,” Greg said.

How was the Grumman Tiger Chosen?

There were three key points that led the Flying Educators to the Grumman Tiger. To begin with, several members had time in a Tiger, so they were familiar with the type. More importantly, it was a good fit with the club’s mission of affordable flying, and matched well with the type of flying members do, while adding a little extra room to bring family or friends. 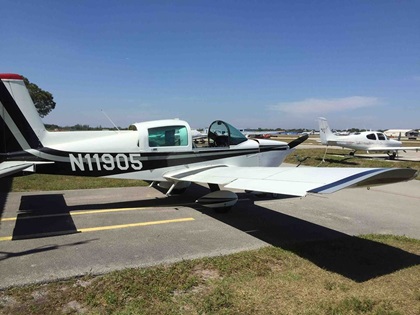 The club voted to change aircraft. At the end of the day, one or two members left the club when the Citabria was replaced by the Tiger.

The club has been operating a Tiger for almost 25 years. The flying is similar to what it was when the club had the Citabria.

“After having a Tiger for all those years, all those arguments were valid,” Greg said.“If you’re just going up to have a good time, it’s a good, inexpensive airplane to fly.”