Get the app Get the app
AOPA will be closed on Friday, July 3, 2020, in observance of Independence Day.
Already a member? Please login below for an enhanced experience. Not a member? Join today
News & Videos College students' PistonFly business takes off

A business born in a dorm room at Western Michigan University College of Aviation has begun to take off. A group of college-aged flying enthusiasts merged their individual talents into a cohesive unit and founded PistonFly, which has three divisions—aerial filming, aircraft marketing, and web design. PistonFly's Chris Desmond is a CFII and a video specialist. Photo courtesy of PistonFly.

Desmond said Cumberbatch is a middle school friend of del Rosario’s and “more of the business guy,” while “Miguel and I are the aviation guys.”

In addition to buying and selling aircraft and designing logos and web pages, the three are moving their business forward by taking on drone photography assignments in an emerging market.

Desmond explained that he was fascinated with flight at an early age. At 16 he soloed in Polk County, Florida, and earned his private pilot certificate at age 17 with funds from a James C. Ray Scholarship that “basically paid for my flight training.”

With an eye on the future, the young aviator and film buff developed a plan to cover the annual Sun 'n Fun International Fly-In and Expo in nearby Lakeland.

“During Sun 'n Fun, I didn’t go to school a single day,” Desmond confided. Instead, he documented aerobatic routines on his video camera using skills he learned producing visual packages for his high school’s Blue Devil Television studio. Desmond was particularly fascinated with the high-flying aerial acts because he hoped to follow in their footsteps one day. 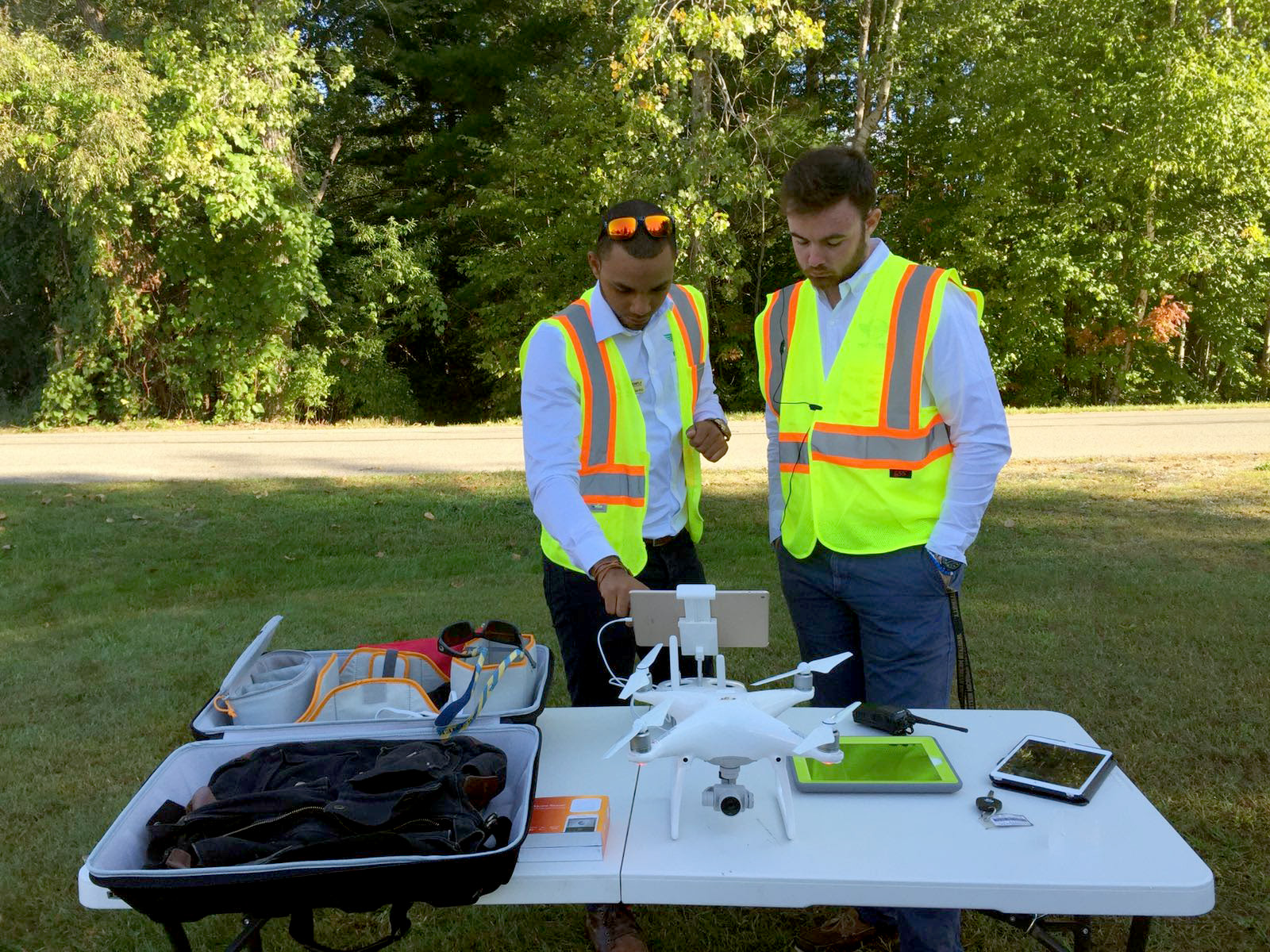 “I set up TV interviews with the airshow performers every day, pretty much all day long,” and instead of attending class he built relationships with pilots Kyle Franklin, AOPA Ambassador Michael Goulian, Rob Holland, Bill Stein, and others.

“I’vie been super lucky because Kyle Franklin is a big mentor of mine,” said Desmond, who now counts Franklin’s Flying Circus as one of PistonFly’s clients. He said Franklin, Goulian, Holland, and Stein “were all super helpful” and took him under their wing. “That brought together everything that I learned in class and put it together in a real-life way.”

The Michigan-based business had been in operation for a couple of years buying and selling aircraft and was struggling to find its way, Desmond said, when he arrived at the aviation college and befriended the two principals.

The three entrepreneurs recognized the drone arena was a niche they could fill because “Erick and I both have film and editing backgrounds.” The trio decided that drone photography “would be a good market to work into.”

Desmond holds a commercial drone operator’s certificate in addition to his flight instructor credentials. With del Rosario’s mechanical skills and Cumberbatch’s business sense, the partners feel their strengths are positioned favorably to harness their professional aspirations as well as the latest technology. 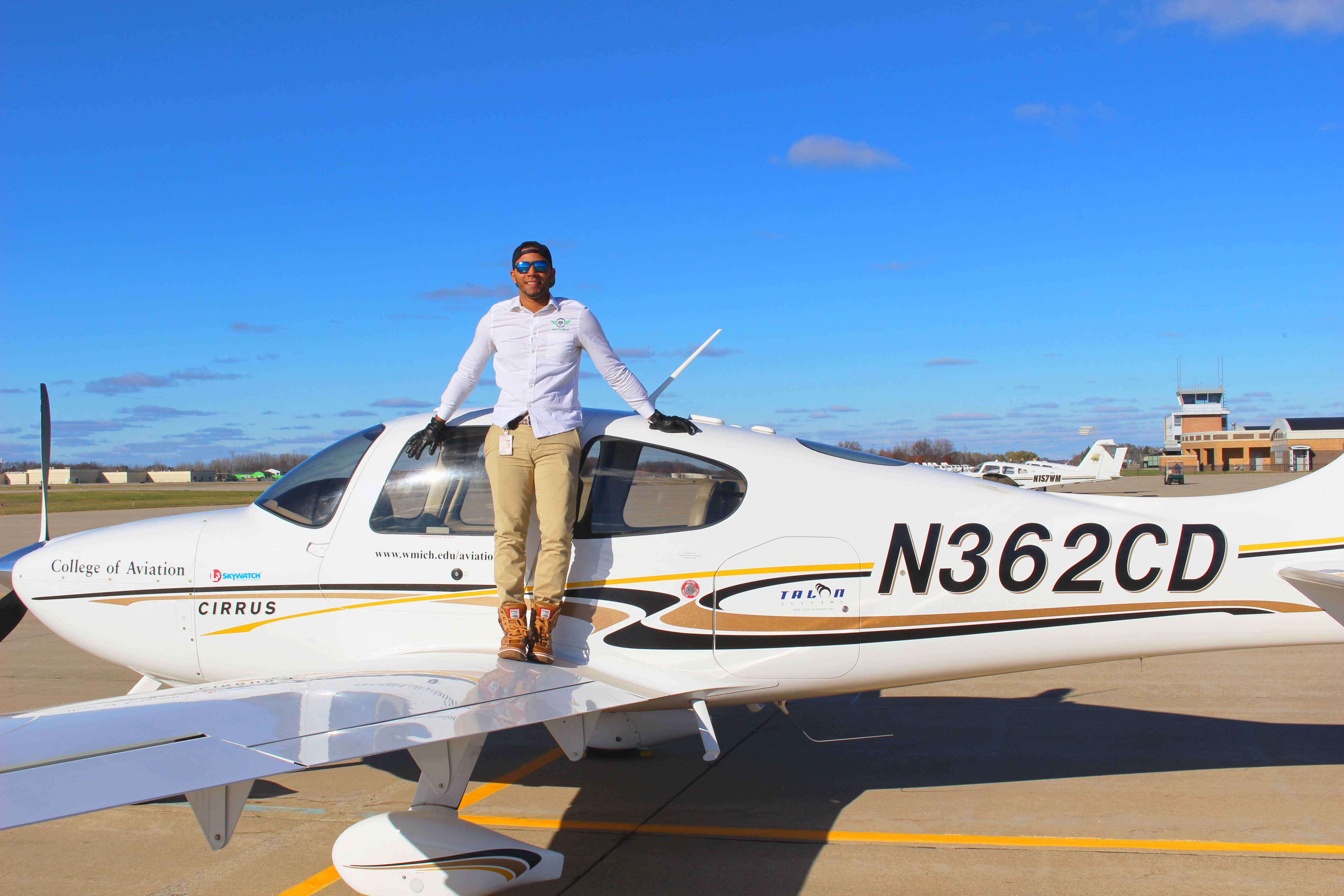