Get the app Get the app
Already a member? Please login below for an enhanced experience. Not a member? Join today
News & Videos Pilatus PC-24 certified 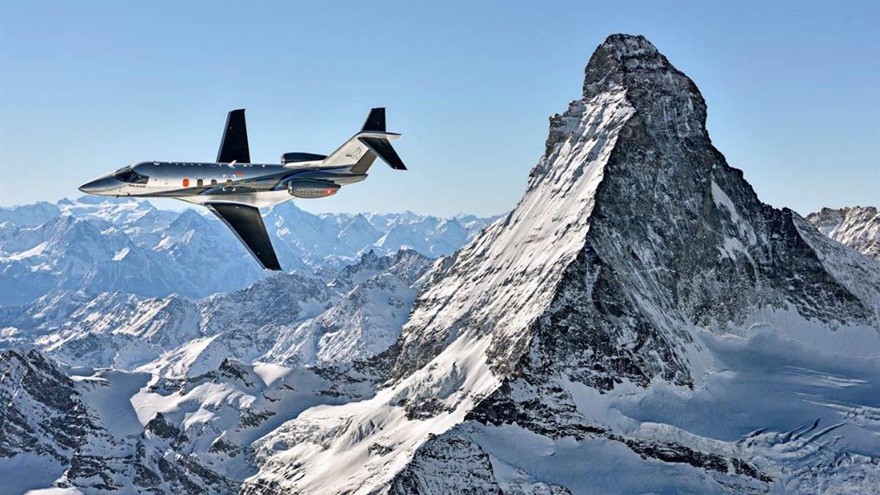 A Pilatus PC-24 flies by Matterhorn. Photo courtesy of Pilatus.

Pilatus chairman Oscar J. Schwenk mentioned that 84 PC-24 customers had signed up to buy the new twinjet, but inasmuch as those orders were first announced at the European Business Aviation Convention and Exhibit (EBACE) convention in 2014, the order book must be fatter by now. In 2018, the company plans to deliver 23 PC-24s worldwide. Eight airplanes are currently on the assembly line.

The first PC-24 prototype flew in May 2015, and the certification program consumed 2,205 hours of flight tests. In preparation to deliver the bulk of PC-24s to North American customers, Pilatus has built a new, 118,000-square-foot completion and support center at Rocky Mountain Metropolitan Airport (formerly known as “Jeffco”) in Broomfield, Colorado. The new facility also will be used to install interiors and apply paint to new PC-12NGs.

The single-pilot-certified PC-24 retains the forward airstair and large aft-cabin door design elements of the PC-12, and is approved for operations off unimproved runways, including gravel strips. Takeoff distance under max takeoff weight at standard conditions is listed as 2,810 feet. Powered by two Williams International FJ-44-4A turbofans of 3,420 lbst each, Pilatus says the PC-24 can cruise as high as 45,000 feet and as fast as 440 knots, has a max payload of 2,522 pounds, and can fly six passengers as far as 1,836 nautical miles. Maximum range with four passengers is 2,035 nm. Payload with max fuel (888.5 gallons) is 737 pounds. Up front, Honeywell’s ACE (Advanced Cockpit Environment) four-screen avionics are standard, and include autothrottles.

Typical interior configurations will feature eight seats in a double-club seating arrangement, but other options can transform the flat-floor cabin into a four-seat setup with an aft cargo area, or an open area to accommodate large cargo loads.