Get the app Get the app
Get the latest news on coronavirus impacts on general aviation, including what AOPA is doing to protect GA, event cancellations, advice for pilots to protect themselves, and more. Read More
Already a member? Please login below for an enhanced experience. Not a member? Join today
News & Media Engine delays cause Dassault to cancel Falcon 5X

Dassault Aviation has canceled its Falcon 5X program, citing ongoing issues with French engine supplier Safran. In a press announcement, Dassault Chairman and CEO Eric Trappier said, “There is still a strong market need for a brand new long range aircraft with a very large cabin, so I have decided to launch a new Falcon project powered by Pratt & Whitney Canada engines, featuring the same cross section as the Falcon 5X, a range of 5,500 nm, and scheduled to enter into service in 2022.” 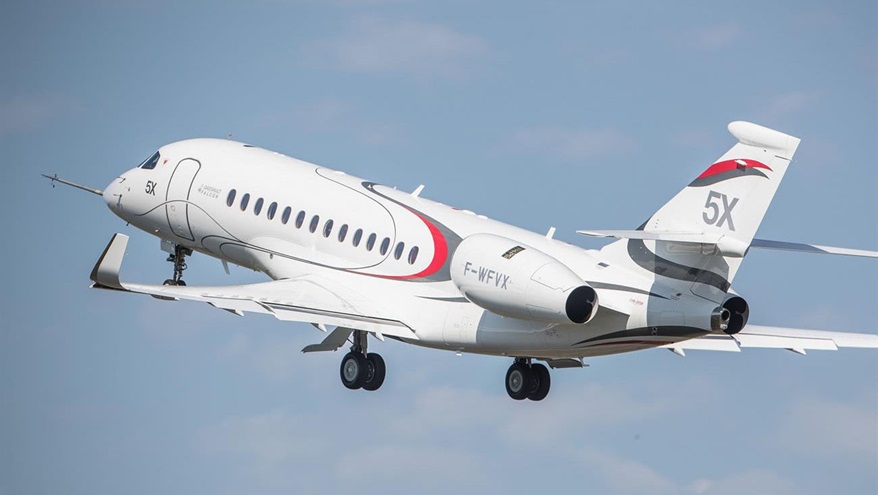 This was a stern rebuke of Safran’s Silvercrest turbofan engine. First tests of the Silvercrest began in 2012, and the program was plagued with problems from the start. The 10,000- to 12,000-lbst engines, specifically designed to power large, long-range business jets like the $45 million, 5,200-nautical-mile-range Falcon 5X, suffered a series of setbacks in the design and performance of its compressor sections. “The delivery of compliant Silvercrest engines was originally planned for the end of 2013,” according to the news release. But the 2013 target date came and went. This was the first delay, which forced Dassault to postpone the 5X’s advertised entry-into-service date from 2017 to 2020.

Safran provided Dassault with a preliminary version of the engine in early 2017 so that flight tests of the 5X could begin. First flight of the 5X came on July 5, 2017, and the test airplane met expectations. But by autumn of 2017, tests revealed that airflow through the compressor section was suboptimal, forcing Safran to make software changes to the engine controls for the low-pressure compressor section.

The issue reportedly surfaced during flight tests at slow airspeeds. In trials where power was reduced, then advanced, the engine was slow to spool up. Safran then announced another delay in engine deliveries, citing a “new performance shortfall,” according to the news release. This second delay would prevent the 5X’s 2020 debut.

So, Dassault terminated the contract for the Silvercrests, ended the 5X program altogether, and, according to Trappier, “plans to start negotiations with Safran.” Presumably, this means legal moves to secure reimbursement for losses to the 5X program. Dassault said that orders for 12 5X jets were canceled in 2016.

This is not the first time that Silvercrest engine delays have caused concern. They were originally to have powered Textron/Cessna’s new super-mid sized Longitude, but a delay caused a switch to Honeywell’s 7,600-lbst HTF7700L engines.

Silvercrest engines are currently set to power Cessna’s Hemisphere—a 4,500-nm large-cabin jet with fly-by-wire controls and a maximum speed of 0.90 Mach. First flight of the Hemisphere is set for 2019.