Santa Monica Municipal Airport in California has reopened following completion of the second phase of a project to shorten its Runway 3/21 from 4,973 feet to 3,500 feet. 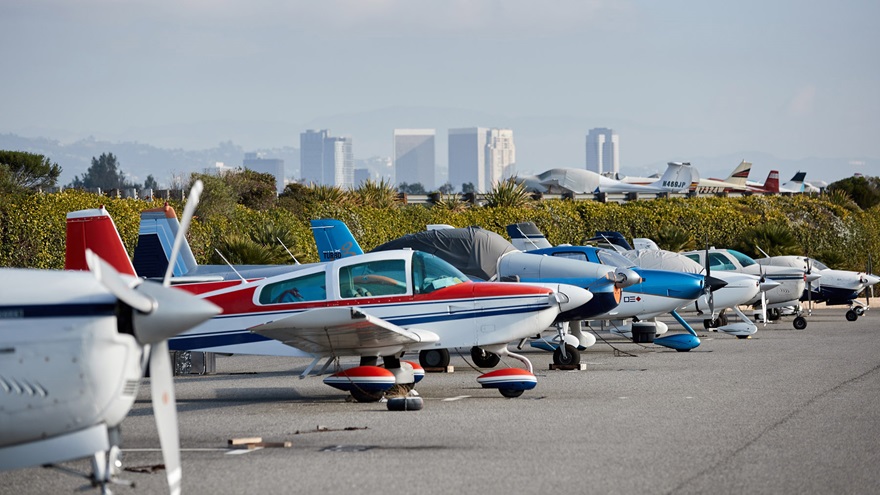 On the airport’s reopening the morning of Dec. 23 after a 10-day closure, multiple notices to airmen were in effect advising pilots of changes to the airport’s layout, operational procedures, and runway amenities such as visual approach guidance equipment on Runway 3.

The reduction of the runway’s length was part of a deal secretly negotiated between the city and the FAA that may allow the city to close the airport in 2028, which AOPA opposes.

According to a Letter to Airmen from the Santa Monica Tower, only the VOR-A instrument approach, and visual approaches, will be available until Feb. 1, 2018. All RNAV departures remain available, it said.

The letter advised that distance remaining signage will be located at 1,000-foot increments south of runway 21.

It advised pilots to expect to exit the runway at designated taxiways only, and it listed the locations and designations of new and existing taxiways.

Pilots should be alert to new locations of holding areas to be used during instrument meteorological conditions, said the letter, noting that run-up areas on the east side of the airport “will be other than as noted on published charts.”

The FAA urged pilots to request clarification from the Santa Monica control tower when necessary; to ask for help “at any time they are uncertain or think they need additional assistance”; and to review notams before operating at the airport.

AOPA remains determined to keep Santa Monica Municipal Airport open past any secretly negotiated date that might allow closure of the airport, and continues to urge supporters of the airport to work to elect city council members who understand the value and the need for the airport and will support its continued existence long past 2028.

The association recommends that pilots remain vigilant for other possible procedural changes and exercise caution in their operations on the airport during its transition to the new configuration.

Dan Namowitz has been writing for AOPA in a variety of capacities since 1991. He has been a flight instructor since 1990 and is a 35-year AOPA member.
Go to Dan Namowitz's Profile
Topics: Advocacy, Airport