Get the app Get the app
Get the latest news on coronavirus impacts on general aviation, including what AOPA is doing to protect GA, event cancellations, advice for pilots to protect themselves, and more. Read More
Already a member? Please login below for an enhanced experience. Not a member? Join today
News & Media Aircraft Maintenance: Custom N numbers
Sponsored by Aircraft Spruce

Perhaps the journey starts because it’s time to paint the airplane. Maybe you are nearing completion of that homebuilt you poured your soul into. Or, you might just want to remove a couple of initials that you’d like to forget. 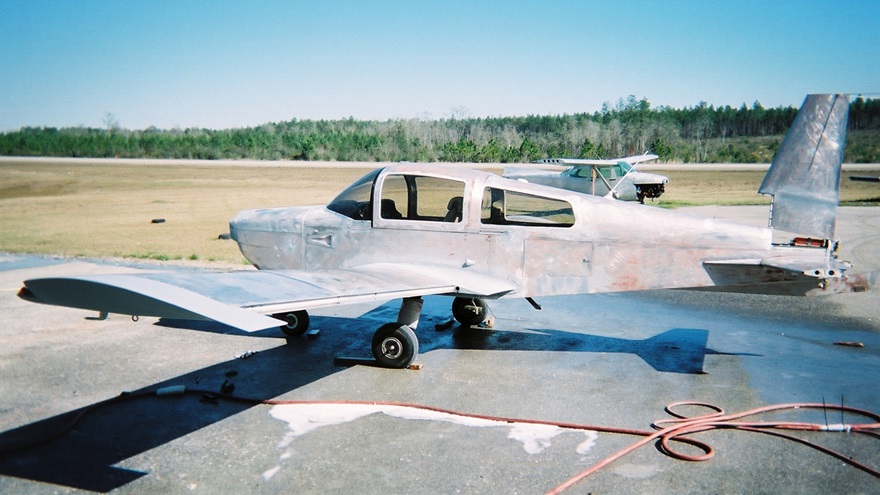 Photo courtesy of Jeff Simon.
Regardless of the reason, if you’re looking to change your aircraft’s U.S. registration number (N number), the FAA has you covered, but it pays to plan ahead. Chances are that you’re not the only one looking to memorialize your initials or that special date. Even the big boys have an affinity for personalized N numbers. Looking for something ending with the letters JB? Check the nearest Airbus A320 because almost all JetBlue aircraft registrations end in JB.

If you know the letters or numbers you’d like to memorialize, you’ll also need to understand the rules.

With these rules in hand, you can make a list of N numbers that would meet your goals. Armed with this list, you can begin the search for which ones are available on the FAA website.

You will need to reserve an N number before you can assign it and paint it on the aircraft. It only costs $10 to reserve an N number for one year through the FAA website. You can renew your reservation annually if you choose. However, requesting reservation from the site does not guarantee reservation. Requests are processed in order of receipt, and it is possible that other requests for the same N number are already in process. Upon reservation, the FAA will mail a confirmation notice to the requester. A renewal notice also will be sent prior to the expiration date.

With your special N number reservation in hand, you are free to change the registration number of your aircraft. You’ll need to send a letter to the FAA requesting the assignment of a different number to your aircraft. This letter must include:

The letter must be signed by the owner in ink, including a typed or printed name and title if appropriate. It also is helpful if a telephone number and current mailing address are included. If you are requesting an N number that you already hold in reserve, you must include a $10 assignment fee.

If you like surprises, you also can complete the process in one step. You can request an N number and assignment in a single letter for $20 ($10 for the N number request and $10 for the assignment). In addition to the information above, your letter should list several acceptable and available (when you searched) N numbers. The FAA Aircraft Registration Branch will research the numbers in the order you list them and assign the first N number verified as available for the number change.

Upon approval of the N number change, the FAA will mail an Assignment of Special Registration Number, AC Form 8050-64, to the aircraft owner in triplicate authorizing the placement of the new registration number on the aircraft.

You are now officially authorized to change the N number on your aircraft. However, your responsibilities do not end with the paint gun. Within five days after the new number is placed on the aircraft, the owner must complete the AC Form 8050-64 showing the date the new registration number was placed on the aircraft, sign the form in ink showing their title if appropriate, and return the original AC Form 8050-64 to the FAA Aircraft Registration Branch at the address shown on the form.

Just in case you might want to revert back to your old N number in the future, you have the option of reserving the old number that just came off the aircraft by requesting this in writing anytime during the N number change process. And, you guessed it, be sure to include another $10.

One more thing: Practice saying your new N number out loud at least 100 times and then sleep on it before you make a final decision. It’s the beginning of a beautiful new relationship between you and your aircraft that shouldn’t be taken lightly. Happy flying!