Get the app Get the app
Get the latest news on coronavirus impacts on general aviation, including what AOPA is doing to protect GA, event cancellations, advice for pilots to protect themselves, and more. Read More
Already a member? Please login below for an enhanced experience. Not a member? Join today
News & Videos uAvionix transcoder patent approved

uAvionix announced Dec. 4 that the United States Patent and Trademark Office (USPTO) has accepted its application for a patent on its “Aircraft Navigation Light ADS-B Radio,” including the “Power Transcoder,” and will issue Patent 10,156,627 on Dec.18. 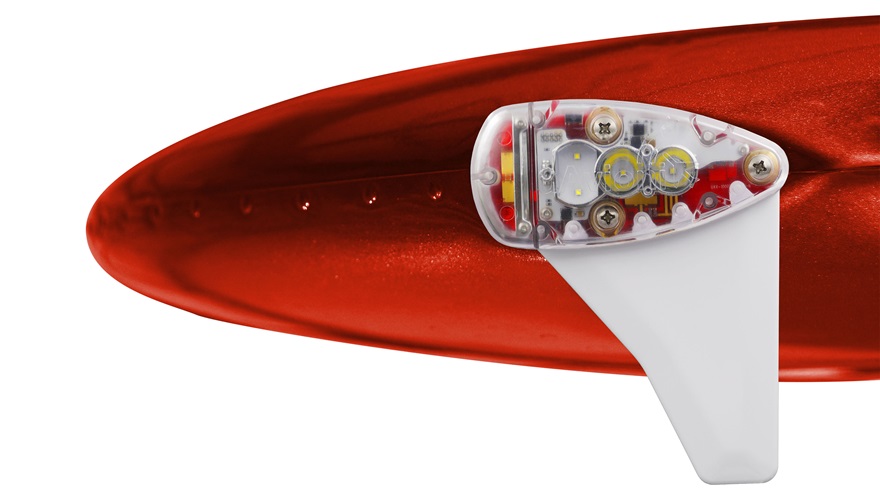 The company uses the power transcoder to synchronize data elements—including the squawk code and Mode C altitude data—between secondary surveillance radar replies from an aircraft’s transponder and the aircraft’s Automatic Dependent Surveillance-Broadcast (ADS-B) transmissions. The FAA has mandated ADS-B Out for flights after January 1, 2020, generally in airspace where a transponder is required today.

“The power transcoder differs from other implementations in that, instead of receiving the information over the air when the transponder broadcasts, it actually detects noise from the transponder that is induced on the power wires [within the aircraft] during transmission,” said Ryan Braun, uAvionix chief operating officer. Circuity and logic recover that noise and turn it into the squawk and altitude information to feed ADS-B broadcasts, he explained. “It allows a single point of entry for the squawk code, and importantly, ensures there is no cost to retrofit an installation with an older transponder.”

“The power transcoder provides a much cleaner solution than either a dedicated data interface or an RF [radio frequency] solution, like many existing products,” added Paul Beard, uAvionix CEO and inventor of the technology. “Dedicated data interfaces increase installation costs, and wireless solutions that incorporate a 1090 MHz receiver can pick up unintended signals from other aircraft. The power transcoder works within the closed system of the aircraft itself, reducing both errors and costs.”

uAvionix uses the power transcoder technology on its TSOed wingtip-mount skyBeacon, which received AML STC approval in late November, and its tail-mount tailBeacon, for which the company expects to receive TSO approval by the end of the year and anticipates an STC during the first quarter of 2019. More information on the technology is available online.

“As you may be aware, Garmin has filed a lawsuit against uAvionix for patent infringement for their patented method for transponder synchronization,” uAvonix said in its announcement. “The issuance of the uAvionix patent indicates that the USPTO recognizes there are distinct and innovative differences between the uAvionix and Garmin solutions. While this does not end the dispute, it helps validate uAvionix's innovations.”

Garmin International filed suit against uAvionix in June, claiming that uAvionix is infringing on a Garmin patent with technology used in the skyBeacon and other ADS-B hardware. uAvionix has disputed the allegation and said in a statement that the suit will not affect its certification or delivery of ADS-B hardware. The lawsuit is winding its way through U.S. District Court in Missoula, Montana, where multiple motions have been filed and answered; a jury trial currently is scheduled for February 2020.

Because litigation is pending, Garmin does not have any new information about the case to share at this time, Garmin spokeswoman Jessica Koss said. Braun also had no comment on any impact uAvionix’s new patent might have on the lawsuit. “I can say that we are gratified that the USPTO has recognized and reaffirmed our innovation in the space,” he said.

The FAA brought back its $500 ADS-B Out rebate in October and the skyBeacon—and any other TSOed ADS-B Out hardware—qualifies for the rebate.