A beach lifeguard in Australia had a drone ready when two teens were spotted struggling in 10-foot surf far from shore. The lifeguard-pilot found the teens and dropped a self-inflating rescue float into their hands in just over a minute. 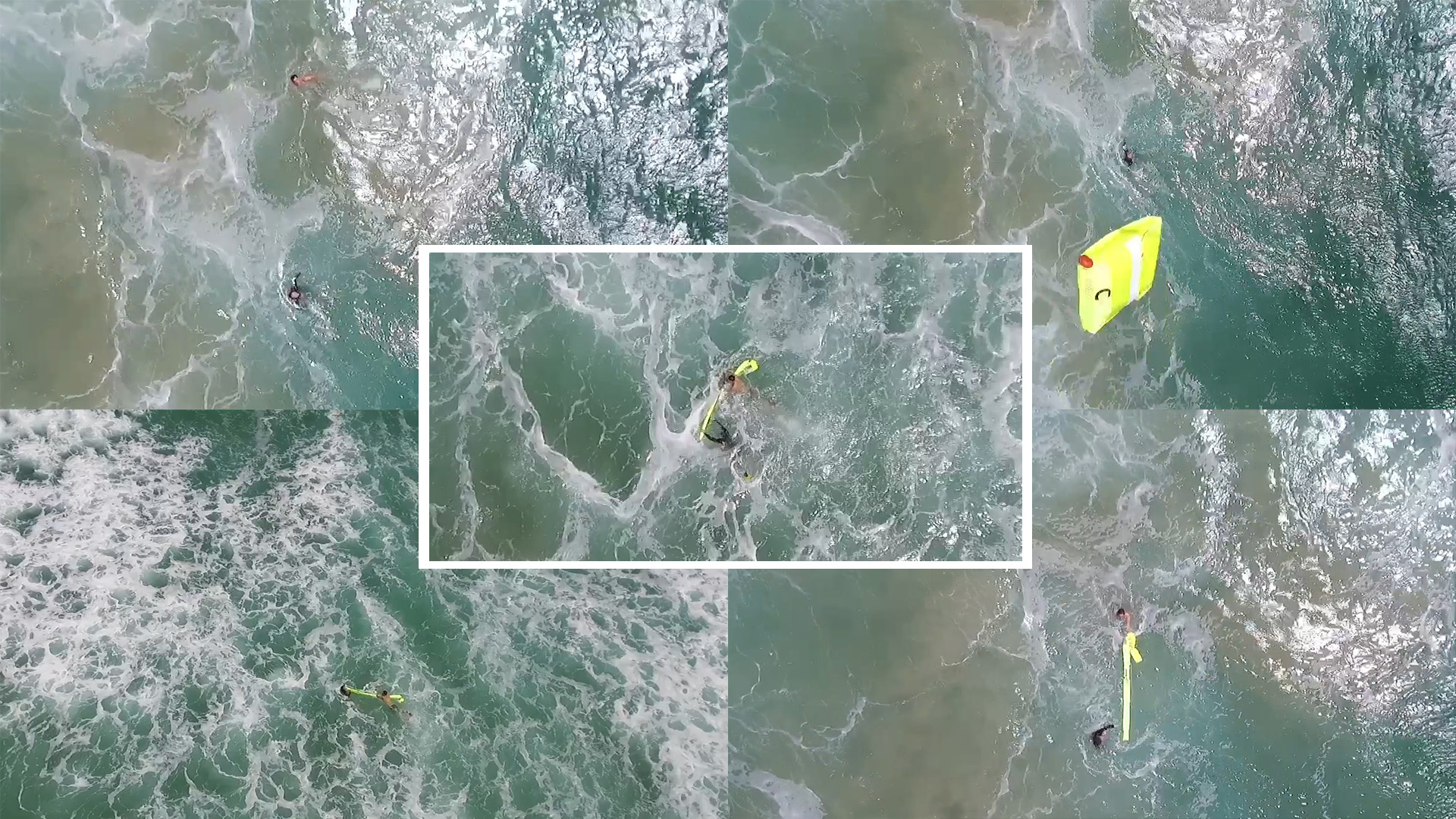 While credited by local officials as a world first, this mission actually added two lives saved to a growing list of drone rescues and assists worldwide, and is another example of rescue drones doing more than just watch.

The Jan. 18 rescue was documented by the drone itself, and flown by Lifeguard Supervisor Jai Sheridan (the 2017 New South Wales Lifeguard of the Year), who happened to be preparing for a training flight when the alarm was sounded: two young swimmers, ages 15 and 17, had been spotted nearly half a mile from shore, quickly approaching exhaustion as they were pounded by the waves. Sheridan launched the Little Ripper drone, located the pair, and dropped a flotation device within about 70 seconds.

“The Little Ripper UAV certainly proved itself today it is an amazingly efficient piece of lifesaving equipment and a delight to fly,” Sheridan said in a news release. “I was able to launch it, fly it to the location, and drop the pod all in about one to two minutes. On a normal day that would have taken our lifeguards a few minutes longer to reach the members of the public.”

In March 2017, eager to burnish the public image of unmanned aircraft, Chinese drone maker DJI released a tally based on news clippings from around the world of 59 lives saved with help from drones to that date in various countries. The list included the timely delivery of a rope with a life jacket attached to teens stranded in a swift-running river in Maine in July 2015, and a similar delivery of life jackets, food, and water to flood victims in China. 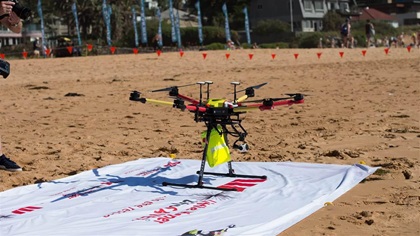 That “world first” superlative used by local officials following the Jan. 18 rescue off Lennox Head, a beach community in the northern reaches of New South Wales on Australia’s east coast, may require some careful definition to hold up. It might be the first ocean rescue by a drone. In any case, it underscores the expanding mission and capabilities of unmanned aircraft in public safety.

First responders are increasingly using drones for critical and timely deliveries, such as the police department in Madison, Wisconsin, which has equipped its own drone fleet to carry and drop lightweight items such as a flotation device or a phone.

New South Wales has about 1,300 miles of coastline, roughly the same length as the U.S. Atlantic coast from Maryland to the southern tip of Florida, and the Australian government’s investment in drones has been significant. The drone program in New South Wales accounts for about $345,000 (U.S.) of a roughly $13 million (U.S.) shark mitigation program, and the Little Ripper drones (a fleet  composed of various makes and models fitted for observation and deployment) also are equipped to automate shark detection using algorithms to analyze images collected by drone cameras in real time.

“The applications in the water are just phenomenal,” said Michael Blumenstein, a professor at the University of Technology Sydney who oversaw the team that developed the shark-spotting software, in an interview with The New York Times. “The amount of payload that these drones carry enable them to be really be versatile.”

Spotting sharks is not the only application for machine learning applied to drone images. The World Bank has issued a challenge to stimulate development of artificial intelligence for image analysis in disaster response and humanitarian relief, Forbes reported Jan. 20.

The Little Ripper that made the Jan. 18 rescue was a DJI M600 fitted with a camera and rescue pod, one of three deployable payloads developed to date by Westpac Little Ripper for saving lives in land, sea, and snowy environments.

Firefighters in California are also working on drone payloads for rescue missions, and hope to expand the role of their own drones beyond observation and reconnaissance. 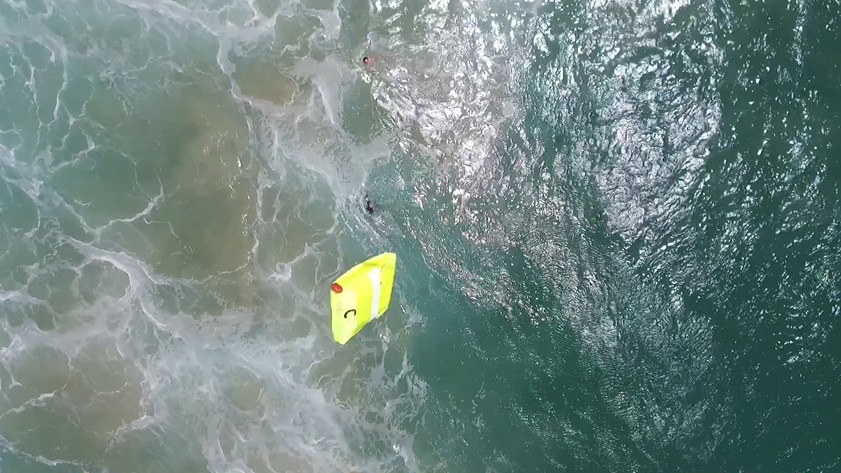