Get the app Get the app
Get the latest news on coronavirus impacts on general aviation, including what AOPA is doing to protect GA, event cancellations, advice for pilots to protect themselves, and more. Read More
Already a member? Please login below for an enhanced experience. Not a member? Join today
News & Media Kitty Hawk's self-flying taxi takes flight

Kitty Hawk, the startup backed by Google co-founder Larry Page, has revealed its prototype of a two-seat flying machine that requires no runway, and no pilot, and aims to revolutionize personal transportation—starting in New Zealand. 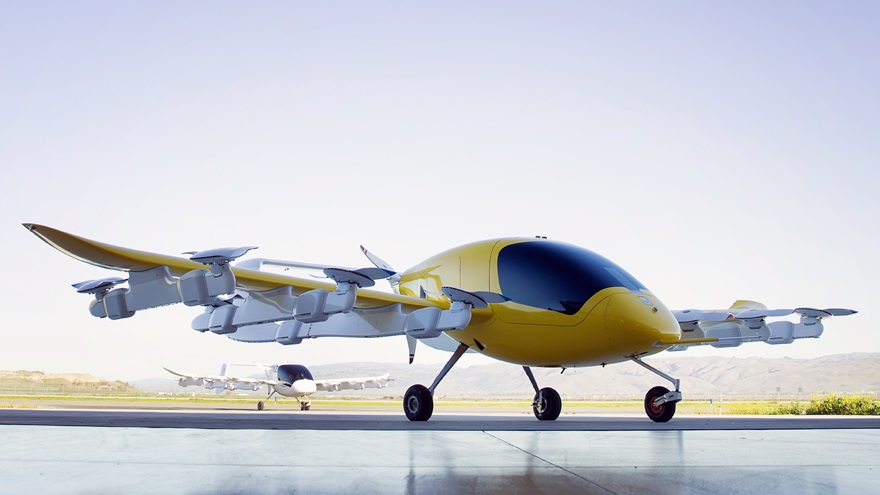 The online reveal on March 12 included a video that shows Cora, the self-flying air taxi of the future, lifting off vertically under the power of 12 electric motors, then transitioning to forward flight supported by fixed wings as a pusher prop begins to spin. Kitty Hawk Vice President of Engineering Eric Allison narrates the scenes, noting cheerfully that Cora is designed to fly itself, “which means, to get where you want to go, you don’t need a pilot’s license.”

Kitty Hawk comes to the race to build personal air transportation with an engineering pedigree that is decidedly forward-looking. The firm established by Page is led by CEO Sebastian Thrun, who previously led a team that beat a field of 22 competitors in a robot car race organized by the Defense Advanced Research Projects Agency in the Nevada desert in 2005. That early self-driving race car was called “Stanley,” a modified Volkswagen Touareg that is now in the Smithsonian’s collection.

More recently, Kitty Hawk debuted a piloted, all-electric ultralight at EAA AirVenture in Oshkosh, Wisconsin, in 2017, showing off a smaller aircraft powered by eight electric motors that is designed to fly low (up to 15 feet) over water.

Cora, designed for air taxi service and not intended for sale to individual consumers, has a different mission: landing on rooftops, or just about anywhere, and quietly whisking paying passengers to their destination with zero emissions. That’s a mission that many competitors are vying to achieve, driven by well-funded Silicon Valley companies including ridesharing giant Uber, which has detailed an ambitious vision calling for flying cars, or small, electric, vertical-takeoff-and-landing aircraft to be in service by 2020.

Kitty Hawk published some preliminary Cora specifications, including an expected operating range of about 62 miles thanks to a transition to fixed-wing flight powered by a single pusher propeller, and a top speed of 110 mph.

In a blog post published along with the YouTube video, the company took a not-so-subtle swipe at the FAA, noting that testing and developing their prototype into a production machine required an environment that is a “hotbed of invention and discovery,” as America was in the days of the Wright brothers and Henry Ford’s Model T, “a place that was just as bold and dynamic in order to bring Cora to the commercial market.”

Based in Mountain View, California, Kitty Hawk determined in recent years that “a path to certifying an air taxi for everyday use just didn’t exist yet. We had our aircraft. We had our moment.”

That led to a meeting with New Zealand’s Ministry of Business, Innovation, and Employment, where Cora found a receptive and enthusiastic audience, and has been operating since 2016.

“What emerged was a deeper partnership than we had ever imagined,” the company wrote in the March 12 blog post. “Together with MBIE, New Zealand’s Ministry of Transport and the Civil Aviation Authority were willing to work with us. And we discovered amazing communities like the City of Christchurch that were willing to engage with us about a future where the freedom of flight belongs to everyone.”

Certificated pilots might regard Cora’s cockpit (which the company did not reveal in the promotional video) with quiet horror, given the presumable absence of flight controls (though it’s unclear if the flights made to date required a pilot on board). But the general public may prove more willing to accept a computer in control than one might assume.

The self-driving car company Waymo (a subsidiary of Google’s parent company, Alphabet) posted a video of its own the day after Cora’s unveiling that shows residents of Phoenix, where Waymo is now giving driverless taxi rides to anyone who is ready for their first taste of being chauffeured by a computer. Excitement, laughter, and giddy giggles soon give way to yawns, and even a back-seat snooze. “Consider it the three stages of autonomous vehicle acceptance,” wrote The Washington Post, noting that a recent study by the American Automobile Association found fear of self-driving cars had slipped to 63 percent of those surveyed, down from 78 percent a year before.

Kitty Hawk appears to still have a role in mind for a human in the loop, somewhere, as suggested by this description from the website: “Cora will combine self-flying software with expert human supervision, so you can enjoy the ride.” The company notes that eight years of design and development effort have already gone into Cora, and it made no promises regarding the timeline. It will be ready when it’s ready.

In case Cora turns out to be not quite so ready when the engineers think it's ready, Cora’s safety features include independent rotors and motors, a triple-redundant flight computer, and a parachute. 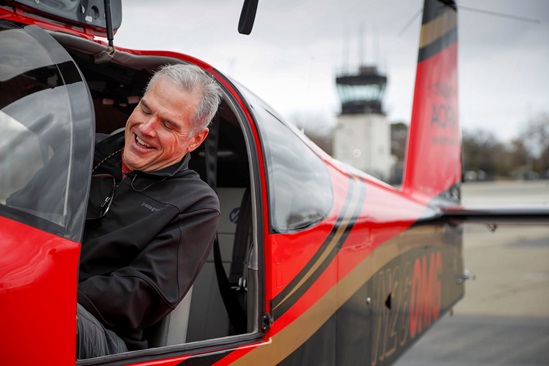