Get the app Get the app
Already a member? Please login below for an enhanced experience. Not a member? Join today
News & Media Dutch firm shows off flying car

The quest to fly, land, fold airfoils, and hit the road has produced two competing designs, a flying car showdown of sorts with both contenders reported to be closing in on their first customer delivery. The Dutch firm PAL-V will soon display in Kuwait a gyrocopter that converts to roadworthy form in a few minutes. 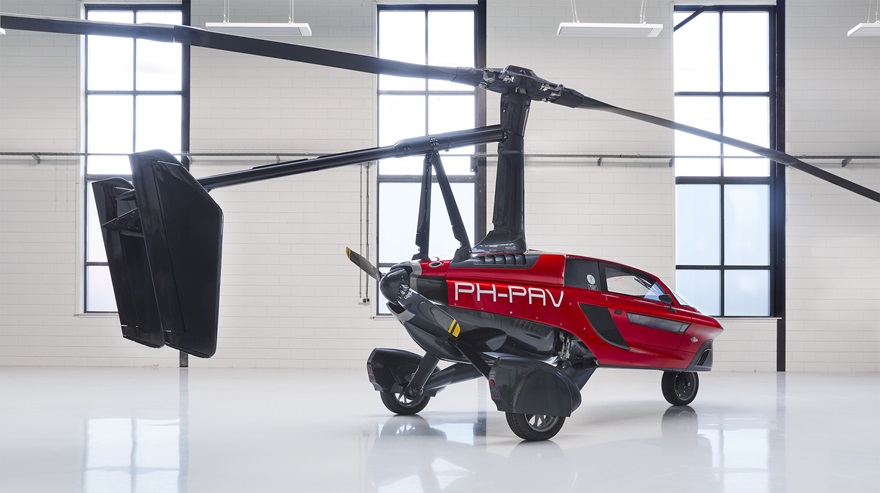 The PAL-V Liberty flies as a gyrocopter, with a rotor and vertical stabilizer assembly that fold for street use in a few minutes. Photo courtesy of PAL-V International.

The PAL-V Liberty is a gyrocopter with three wheels that is powered by a pair of Rotax 912 iS engines, and that redundancy is touted among the safety features built into a vehicle first envisioned in 1999. The company also notes that that a gyroplane design allows for a safe landing even in the event of power loss, and that the ability to land and drive under bad weather is also “an inherent safety aspect” of the design.

A video posted in 2017 (at the time, first deliveries were expected by the end of 2018) includes highlights of prototype development and testing, and also features a simulator session complete with tucking the vehicle neatly into a parking spot. The design has been refined with help from Italian designers hired to fine-tune the appearance, fit, and finish; the Dutch government is backing the company’s effort to complete certification (under Part 27 rotorcraft standards in the United States) and bring the flying trike to market.

“It takes a lot of testing to prove that the PAL-V Liberty complies with the regulations” said Mike Stekelenburg, PAL-V's chief engineer, in a news release. “We deliberately chose to design, engineer and manufacture our flying car with proven instead of immature technologies, complying with existing road and air regulations (EASA and FAA). This approach focuses on safety and enables a realistic and imminent product delivery date.” 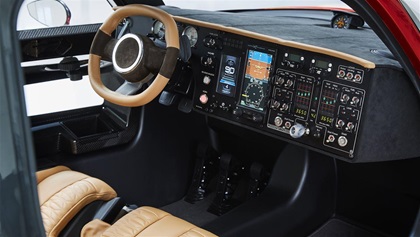 The firm will meanwhile bring the Liberty to the Dutch embassy in Kuwait on Nov. 12, hoping to attract more well-heeled buyers to purchase a two-seat, roadworthy aircraft with a top airspeed around 90 knots and priced from $399,000 to $599,000, depending on options.

Terrafugia’s Transition, a light sport aircraft (thanks to a weight exemption) that has been on a similar development timeline, is also said to be arriving on the market any day now, according to the Chinese firm that owns Massachusetts-based Terrafugia. Geely Auto Group of China has not yet announced pricing.