Get the app Get the app
Get the latest news on coronavirus impacts on general aviation, including what AOPA is doing to protect GA, event cancellations, advice for pilots to protect themselves, and more. Read More
Already a member? Please login below for an enhanced experience. Not a member? Join today
News & Videos A show of strength

The state of Oregon had begun to consider selling Pacific City State Airport. Then, the local community put some sweat equity into the equation, and things changed. 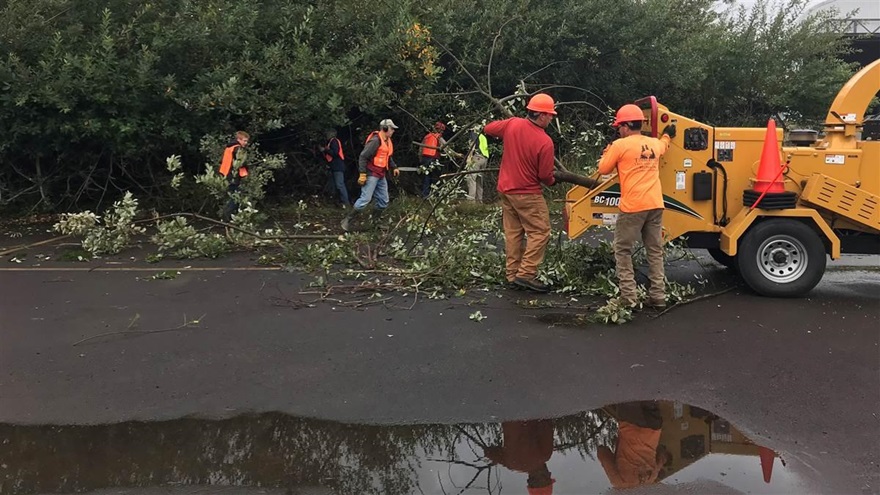 Back in 2017, there was an offer on the table for the airport nestled in the midst of a small seaside community between Bob Straub State Park and Cape Kiwanda. The Oregon Department of Aviation resources are spread thin across 28 state-owned airports, and this coastal airfield’s runway is too short, the parking area too small to generate the kind of revenue that would make it self-sufficient. So, the process began, but many were not at all keen to see the airport change hands.

Local residents, among them local pilots, rolled up their sleeves and got to work. They formed a nonprofit organization, Friends of Pacific City Airport, and pleaded with the state to reconsider selling the airport. They offered to help clear trees and brush encroaching on the runway safety area. On a September Saturday, more than 50 volunteers arrived with tractors, bush hogs, a dump truck, and other equipment to join Oregon Department of Aviation staff (who brought some equipment of their own, and surveyed the property) to make it happen.

Local businesses provided discounts on lodging and logging (along with a few expert hands), lunch, and logistical support, including a doctor and a safety crew. Members of the local advocacy group worked side by side with state staff to cut, chip, and pack 10 truckloads of undergrowth, and another full of trash. The approaches were much improved, as was the state’s official view of the airport’s future prospects.

On Oct. 18, the Oregon Aviation Board voted to reverse course on the plan to sell, counting on Friends of Pacific City Airport to continue its grassroots support for this state airport perched in the middle of a small coastal town, where fishing dories (forgotten or relics in much of the rest of the country) launch straight into the surf.