Get the app Get the app
Get the latest news on coronavirus impacts on general aviation, including what AOPA is doing to protect GA, event cancellations, advice for pilots to protect themselves, and more. Read More
Already a member? Please login below for an enhanced experience. Not a member? Join today
News & Videos Commercial airport security changes can squeeze GA

The pilot of a single-engine airplane lands at a small commercial-service airport and is cleared to taxi to the transient parking area on the public ramp. On arrival at parking, however, two surprises are waiting: The transient parking area has been downsized to a few tiedown spaces since the pilot’s previous visit—and a security guard is waiting to escort the arriving aviator and passengers to the fixed-base operation. 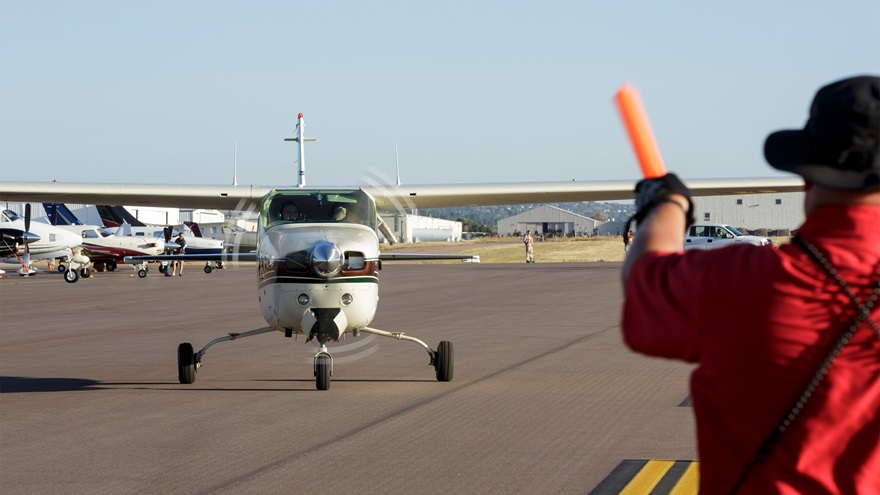 As an airport's operation changes so too can its security measures. Photo by Mike Fizer.

Unbeknownst to the transient pilot, a clue to the answer sits close by, where a regional airliner is boarding passengers. The airline is new to the airport, having only recently joined smaller competitors operating there. The new airline in town is flying 78-seat jets to a variety of destinations, and the airport is hopeful that the service will expand even more. Under Transportation Security Administration regulations, the airport has been required to upgrade its existing security measures to a complete, TSA-approved program because the new airline’s aircraft have “a passenger seating configuration of 61 or more seats.”

An airport’s operational and infrastructure changes associated with security upgrades can be extensive and costly. Along with restricting or relocating parking or access points, airport management may also be required to conduct security screening and issue identification badges to hundreds of employees and other personnel authorized to enter movement areas.

That’s when the scenario can become tricky for transient pilots and their passengers. Transient pilots lack locally issued security credentials—a technicality that has prompted at least one airport, now coping with increased security obligations, to hire security guards to escort transient pilots and their passengers to and from secured portions of the airport and augment the fixed-base operator’s other security measures, and curtail general aviation parking near airline operations, citing a safety concern about jet blasts.

The scenario is not unique. AOPA has responded to member reports of adverse effects of security changes at airports that are expanding their commercial service or intend to attract larger carriers. AOPA has opened discussions with airport administrations to ensure that access to airport facilities is not curtailed.

AOPA members can help the association work on their behalf by notifying AOPA of changes they observe that are linked to security procedures at commercial-service airports, said Nobuyo Sakata, AOPA director of aviation security.

AOPA consistently works with airport operators and the TSA to minimize the impact of security requirements for commercial operations on GA operations. Security resources and courses are available on AOPA’s website.