Get the app Get the app
Get the latest news on coronavirus impacts on general aviation, including what AOPA is doing to protect GA, event cancellations, advice for pilots to protect themselves, and more. Read More
Already a member? Please login below for an enhanced experience. Not a member? Join today
News & Media Owen Garriott made first ham radio call from outer space 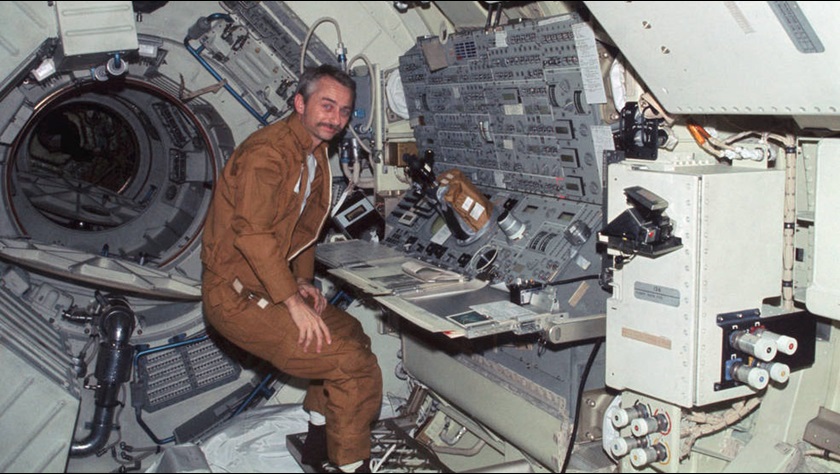 Garriott was one of the first six scientist-astronauts selected by NASA, according to his official biography page. He first tasted outer space aboard a record-breaking Skylab flight in 1973 that lasted about 60 days; the journey set early marks for the most time in space while allowing NASA to analyze the effects of extended weightlessness on humans.

The New York Times reported that Garriott “logged nearly 14 hours outside Skylab in three spacewalks, during which physiological and biomedical metrics were monitored.” The newspaper added that Garriott said the experiment documented “the importance of exercise.” He concluded, “If you have the appropriate amount of exercise, namely one to two hours a day, then you’re going to come back in essentially as good a condition as when you left.”

In 1983 Garriott flew as a mission specialist aboard Columbia during the 10-day space shuttle mission STS-9, which was notable for several reasons: It was the first six-person flight; it included the first international shuttle astronaut, opening the door to today's multinational outer space cooperation; and Garriott “operated the world's first amateur radio station from space, W5LFL,” NASA noted. On that flight more than 70 experiments were conducted, including the pioneering ham radio call that elevated the radio chatter into an important astronaut activity for the dozens of space missions that followed.

Garriott brought a sense of humor with him during space travel. After recording a private radio transmission with his wife, he beamed the female voice to Earth from the orbiting Skylab and baffled the mission control team in Houston because they knew women were not aboard the spaceship. Garriott later revealed the radio recording trick to the surprised team.

Garriott became interested in space during third grade after studying an orrery, a mechanical representation of the solar system. He thought, “Gee whiz, so that's really what the solar system looks like,” he told NASA for an oral history project.

When he was in junior high school, his father took Garriott to a radio and electronics demonstration that piqued his interest in Morse code and led to ham radio broadcasts. He pursued electrical engineering in college and earned a doctorate at Stanford University.

Garriott’s professional involvement with outer space began when the Soviet Union launched the Sputnik satellite in 1957. He joined his university contemporaries “listening to a Russian satellite go beep-beep, beep-beep, beep-beep, all the way around the Earth,” he noted for the oral history project. He said he applied for the NASA astronaut program when it “became clear that NASA might actually take a person with a research background into the flight program,” shortly after Alan B. Shepard Jr. was launched into space.

Garriott logged more than 5,000 hours of flying time including “more than 2,900 hours in jet and light aircraft, spacecraft, and helicopters,” a NASA obituary noted, and he held commercial pilot and flight instructor certificates with instrument and multiengine ratings.

In 2017, the avid pilot jumped at the opportunity to support the AOPA Foundation during a return to Kennedy Space Center. He and his son Richard, who experienced private space travel aboard the International Space Station, flew a North American P–51 Mustang to a landing at the 15,000-foot-long Florida runway that the space shuttle Discovery used during its last mission.

NASA Chief Astronaut Pat Forrester complimented the Enid, Oklahoma-born astronaut and his crew members for helping shape the space program with their groundbreaking experience that set the tone for “international cooperation in human spaceflight." 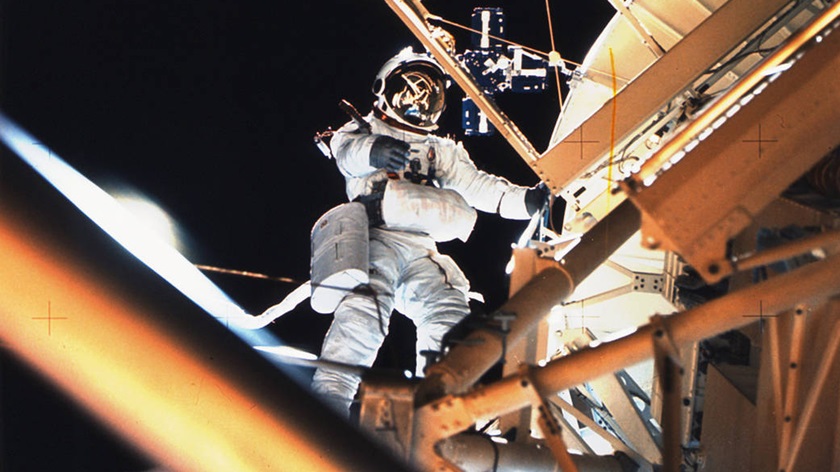