Get the app Get the app
AOPA will be closed on Monday, May 25, 2020, in observance of Memorial Day.
Already a member? Please login below for an enhanced experience. Not a member? Join today
News & Videos FBO best practices rewarded

Two years of experience demonstrate what can happen at an airport when competition and reasonable business practices take hold. Since January 2017 when fixed-based operator (FBO) ACI Jet took over the space at John Wayne Airport in Orange County, California, vacated by Signature Flight Support, traffic is up, prices are lower, and pilots are happier. 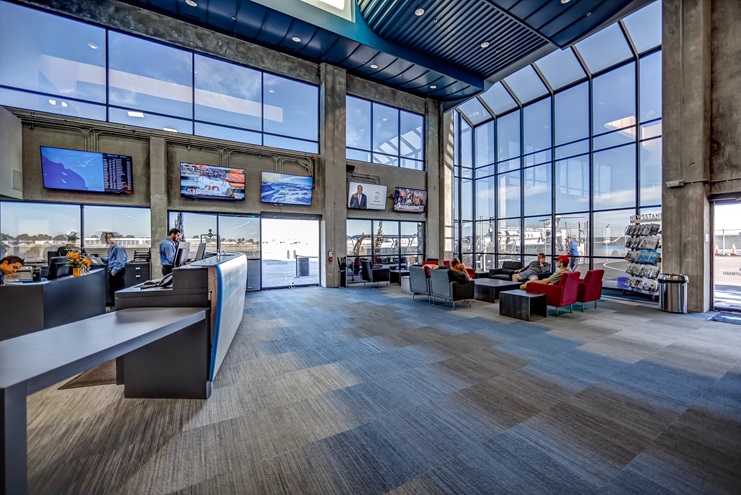 Prior to ACI Jet’s arrival on the field, John Wayne Airport ranked high on AOPA’s list of most complained-about airports after the association began investigating egregious pricing. The county board of supervisors responded by terminating Signature’s lease, and signing a new pact with ACI Jet. The new FBO has become a haven for general aviation traffic, especially transient aircraft that are exempt from any ramp fees for stays less than three hours. With lower fuel prices and a newly renovated terminal, it’s no surprise that ACI Jet fills seven out of every ten fuel requests on the field.

Part of ACI Jet’s pro-GA culture can be attributed to its president and CEO Bill Borgsmiller, who started the company in 1998 with just his Piper Seneca III serving as the firm's first charter aircraft. Borgsmiller, who is a member of AOPA’s Airport Access Advisory Panel, believes it’s possible to be profitable while still being inclusive of all airport users.

“I’m a firm believer that you can’t just skim from the top. Aviation is a small industry and you have to take care of the whole ecosystem. Light GA is where all of our future aviators come from and I have no doubt that exclusionary practices at some airports have contributed to the pilot and mechanic shortage that we are now facing.”

ACI Jet’s presence on the field is a welcome change for John Wayne Airport, which has seen an increase in aviation fuel sales of more than 20 percent, added some 40 new based aircraft, and increased employment by more than 50 staff. Additionally, in the past year, the airport has been recognized by J.D. Power as the “Best Large Airport” and by Travel + Leisure as one of the top “Best Domestic Airports.”

The turnaround at John Wayne Airport is an example of what AOPA refers to as a “self-help airport.” AOPA has been spotlighting transparency issues at airports for more than two years, and has made significant strides in encouraging airports to adopt better pricing strategies through the Know Before You Go best business practices. With a coalition of industry groups backing the campaign, there has been significant progress toward FBOs posting their fees and charting public parking areas at airports, but there are still several obstacles to overcome.

AOPA has also designed a new tool in its Airport Directory that allows FBO operators to easily enter their fees online, giving pilots access to the information to decide where to land. While many FBOs have voluntarily posted their fees, some larger FBO chains, many with monopoly positions on particular fields, continue to drag their feet toward becoming completely transparent. The goal is to get all parties involved—the FBOs, pilots, and local authorities—on the same page so that airports can facilitate competition, and bolster business, a win for the entire industry.