Get the app Get the app
AOPA will be closed on Monday, January 2020, in observance of Martin Luther King Jr. Day.
Already a member? Please login below for an enhanced experience. Not a member? Join today
News & Videos Training Tip: A fast and furtive fog
Sponsored by Aircraft Spruce

It’s a picture-perfect day for flying: Bright sunshine, a clear sky, and just enough breeze to animate the windsock. So why is the pattern crammed with aircraft hurrying to get on the ground? 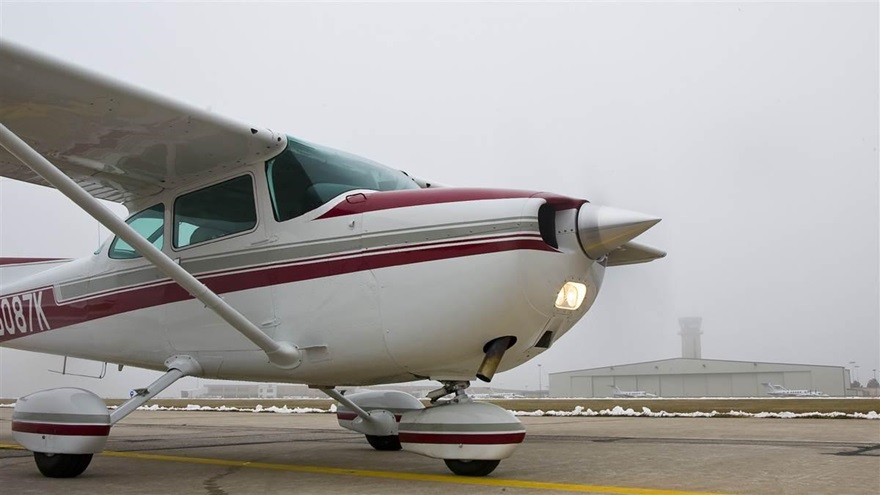 To best appreciate the unfolding scenario, let’s place you in the cockpit of a Cessna 172 flying in the practice area several miles from this nontowered coastal airport.

A local pilot who has been sightseeing among the islands has just radioed that the outermost islands are starting to “disappear” as a large fog bank lurking far offshore begins to advance toward the mainland after a wind shift.

A dictionary defines advection as “the usually horizontal movement of a mass of fluid (such as air or an ocean current).” Advection fog is one of several types of fog and can be a hazardous condition applicable to flight under visual meteorological conditions.

No problem—you have ample time to return and land, you tell yourself as you turn toward the airport, grateful for the pilot report.

Unfortunately, several other pilots have similar plans, and they are closer to the airport than you are. As the traffic pattern fills up with aircraft, the pireps about islands disappearing come more quickly.

If, as commonly observed, an aircraft cockpit makes a poor classroom, a surprise encounter with a weather phenomenon like advection fog must be an exception to the rule. This wind-borne form of fog can be furtive, fast moving, and much more of a factor for airport operations than ground-school discussion may imply. According to one brief definition, “When a layer of warm, moist air moves over a cold surface, advection fog is likely to occur. Unlike radiation fog, wind is required to form advection fog.”

All this you are now discovering. With most of the returning aircraft finally down, you make your 45-degree downwind entry—but just then the local glider-for-hire radios in. It too has been out showing off the scenery and is descending to land.

The glider has the right of way over your powered airplane, so you slow down as much as safely possible, extend as much as prudent, and consider diverting to an inland airport, should the fog win the race to the field.

Fortunately, Plan B proves unnecessary, although by the time you have landed, tied down your aircraft, and turned in the keys at the FBO, the field is socked in.

Hard to say. According to the textbook, unlike the familiar radiation fog that forms on clear, still nights, advection fog “may not burn off with the morning sun but instead can persist for days.”