Get the app Get the app
Already a member? Please login below for an enhanced experience. Not a member? Join today
News & Media Pilots, mark your drones

With the law enforcement community concerned that a rogue drone could contain explosives or other nasty surprises, the FAA has updated the registration rule for small drones requiring those numbers to be visible on the outside of every unmanned aircraft. 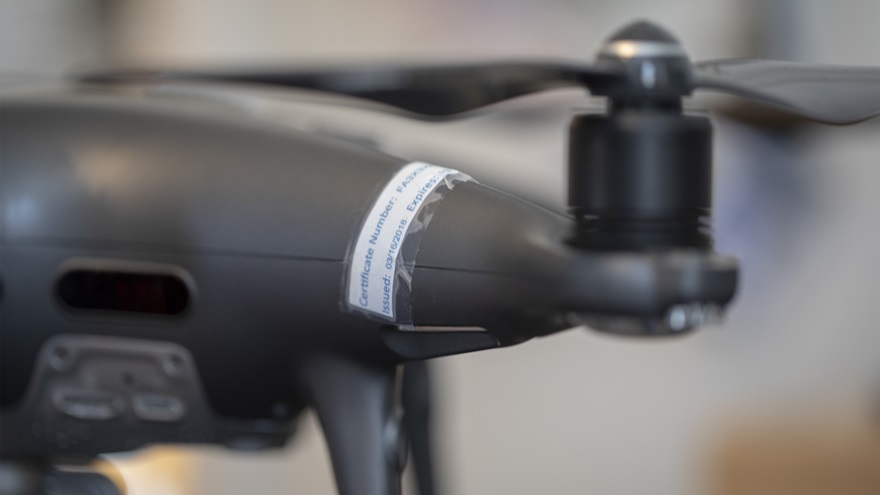 The new drone marking requirement was one of several related rule changes for drones published in the Federal Register. Draft versions of two significant overhauls to Part 107, first released in January during the federal government shutdown, also were published with no significant changes to the proposals that would expand allowable operations including flights over people and beyond line of sight. AOPA continues to review those rule changes, and will submit comments during the 60-day comment period that has now begun.

The FAA first required registration of small drones, including those used for noncommercial purposes, in 2015. A lawsuit filed by an attorney and drone enthusiast suspended the registration requirement for hobbyists in May 2017, though federal law was updated that December to reinstate the requirement to register all drones weighing 0.55 pounds or more. More than a million drone owners have registered to date, and now every drone will have to be marked on the outside with that registration number to fly legally after Feb. 25. (The FAA published the interim final rule requiring external drone marking on Feb. 13 with an effective date of Feb. 25, though an agency press release issued the day before indicated a Feb. 23 effective date for the change.)

Prior to the change, a drone’s registration number could be posted inside a battery compartment, or another internal compartment. Law enforcement agencies had expressed concern about that, the FAA noted in the interim final rule: “Requiring first responders to physically handle a small unmanned aircraft to obtain the registration number poses an unnecessary safety and security risk to those individuals, as well as to others in the immediate proximity to the aircraft, because of the potential for the unmanned aircraft to conceal an explosive device in an enclosed compartment (such as the battery compartment), designed to detonate upon opening.”

The updated marking requirement does not stipulate location or the size of the marking, only that every small, unmanned aircraft subject to the rule (which is any unmanned aircraft weighing 0.55 pounds up to 55 pounds) be marked with the FAA registration number on the outside.

The FAA noted in the rule that the aforementioned legal challenge to the drone registration requirement, Taylor v. Huerta, delayed imposition of an external marking requirement the agency had planned to impose in 2016.

Congress removed most of the restrictions that had limited regulation of noncommercial drone use in October, allowing the FAA to impose more stringent requirements on those who fly drones outside of Part 107 requirements.