Get the app Get the app
Already a member? Please login below for an enhanced experience. Not a member? Join today
News & Media Sun Flyer notes successful flight with electric motor

The all-electric Sun Flyer 2 airplane flew for its first official trial with a Siemens electric propulsion motor on Feb. 8 as it pursues FAA certification. 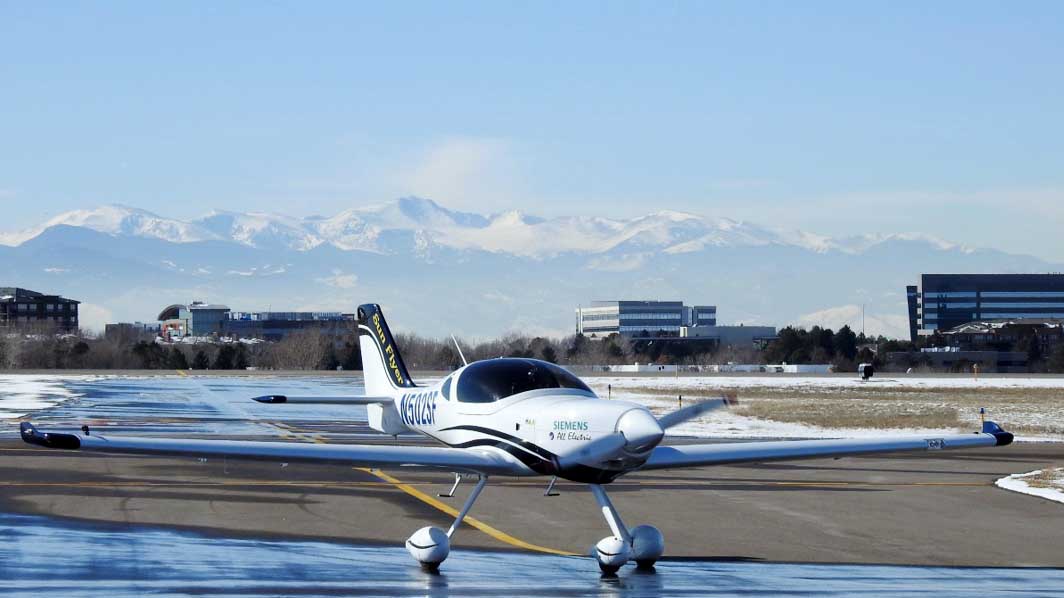 Bye Aerospace, developer of the two-place Sun Flyer 2 and the four-place Sun Flyer 4, said the two-seater flew from Denver’s Centennial Airport powered by a 57-pound Siemens SP70D motor with a 90-kilowatt peak (120 horsepower) rating and a continuous power setting of up to 70 kilowatts (94 hp).

The prototype Sun Flyer 2 will undergo more flight testing in 2019 as Bye Aerospace works to meet the airworthiness standards of the FAA’s Part 23 certification regulations—an effort it began with an application to the FAA in the spring of 2018.

Frank Anton, executive vice president and head of Siemens eAircraft, said the success of the flight test marked a milestone toward electric flight propulsion, advancing the promise of “a clean, cost-efficient and silent propulsion alternative to the flight training market without compromising performance or safety.”

Siemens has also equipped European light and sport aircraft with electric propulsion systems up to 260 kilowatts for testing and is developing propulsion technology in power classes up to 10 megawatts to enable electrification of aircraft in the commercial air transport sector, the announcement said.

AOPA reported in October 2018 that Bye estimated the cost of flying a Sun Flyer 2 at about $14 per hour—a figure he compared to a Cessna 172’s $88.31-per-hour cost. The price of the Sun Flyer 2 was set at $289,000. Orders are already on request for the airplane, including a Colorado flying club’s reservation for a fleet of 30 of the airplanes.