Get the app Get the app
Already a member? Please login below for an enhanced experience. Not a member? Join today
News & Media Early adapter

How GA got in on the ground floor with GPS

You probably don’t remember where you were or what you were doing on Feb. 16, 1994, a day that was, and is, transforming aviation. 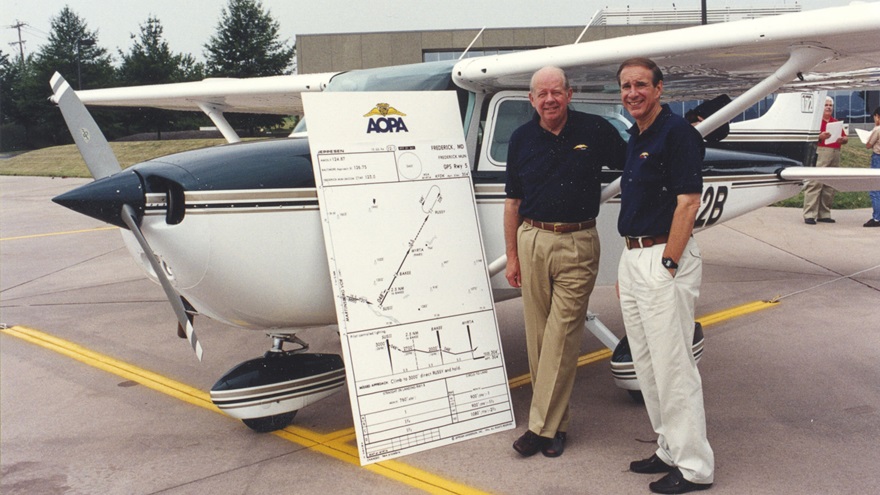 Translating from government speak to plain English, it was the day GA got GPS for instrument flight.

In February 2019, Garmin is commemorating the certification date of its GPS 155 Technical Standard Order (TSO) as a birthday of sorts for “the aviation industry’s first FAA TSO-C129 approach approved IFR GPS receiver” and as a launch date for much of what would follow.

“The GPS 155 TSO set the standard for product development within avionics, laid the groundwork for future innovations in GPS navigation, and raised the bar for technological GPS advancements in the aviation industry,” Garmin said in a news release announcing the milestone anniversary.

AOPA saw change coming and, recognizing the potential of the new technology, framed the FAA’s action this way in June 1994 for AOPA Pilot readers: “The decree came with little fanfare, yet it will affect how we fly for decades to come.”

We ventured a prediction that the transformation would prove gradual but inexorable. “At least in the near term, general aviation pilots flying GPS approaches will not see minimums lower than those published for the conventional nonprecision procedure. That may change as experience is gained with the system. Approaches designed specifically for GPS may eventually have lower minimums than conventional procedures. The first stand-alone GPS approaches were charted in April, and the FAA says it plans to add 500 new GPS-only approaches a year. Currently, the GPS procedures are overlaid only on VOR, VOR/DME, NDB, NDB/DME, tacan, or RNAV approaches. Localizer, SDF, and LDA approaches are not approved.”

A bold beginning of where we are today. According to the FAA, approximately 4,000 GPS procedures enhanced by the Wide Area Augmentation System provide localizer performance with vertical guidance approach procedures to almost 2,000 airports, and more than 90,000 GA aircraft are equipped to fly those procedures.

Garmin notes that the GPS 155 TSO would begin the technological revolution that has become the amalgam of modernization initiatives we know today as the Next Generation Air Transportation System, or NextGen program. 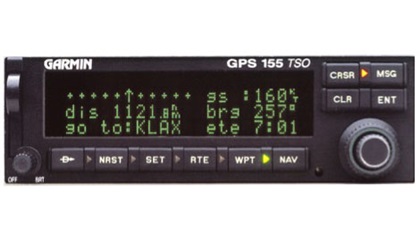 In 1994, the question was how many GPS approaches might become operational each year. Now the proliferation of GPS-based procedures is “enabling the FAA to retire many legacy ground-based navigation aids.”

One of the first GA airplanes to be equipped to fly IFR GPS approaches was N172B, a 1978 Cessna 172N AOPA had extensively upgraded and was preparing to give away in the 1994 “Better Than New 172 Sweepstakes,” a follow-up to the previous year’s “Good As New 172” sweeps prize. The Better Than New dream machine was eventually presented by then-AOPA President Phil Boyer to sweeps winner Marshall Stambovsky, M.D.

Before the giveaway, the Cessna made a bit of aviation history when in July 1994, Boyer, joined by then-FAA Administrator David Hinson, flew the U.S.’s first operational stand-alone GPS instrument approach to Runway 5 at Maryland’s Frederick Municipal Airport. To this day, that approach course has been marked by initial, intermediate, and final approach fixes named PHILB, DEFND, and GEEAY, recognizing the role Boyer and AOPA played.

AOPA Senior Vice President of Media, Communications, and Outreach Thomas B. Haines also got acquainted with the aircraft and its new navigation capabilities while piloting it across the country from AOPA Expo 1994 in Palm Springs, California, to AOPA Headquarters in Frederick, Maryland.

“With the GPS slaved to the HSI and ‘Nav’ selected on the autopilot, flying becomes about as effortless as operating a rocking chair,” he wrote, detailing the GPS’s capability to share its position information with a moving map to provide “a continuous bird's-eye view of the route” and keep the aircraft safely outside an area of Class B airspace it passed along the way.

GA was well on its way to adapting by the time the next giant leap came along in 1998. That year Garmin introduced the GNS 430, an “all-in-one GPS, COM, VOR, LOC, and glideslope navigator, complete with a color moving map.” In 2006, the GNS 430 and successor GNS 530 received WAAS certification, expanding their instrument-approach capabilities. Touch-screen-equipped units certified for GA aircraft came along in 2011 with the GTN 650 and GTN 750.

It’s hard to overstate the impact GPS has had on GA—perhaps especially for pilots who rarely venture from remote locations into the busiest airspace or airports.

As NextGen has proceeded, GPS capability has brought “the system” out to those pilots by providing instrument approach capability to airports that, as Garmin notes, “did not have the appropriate funding or accessibility” to the ground-based navaids of the system it is gradually replacing.

Dan Namowitz has been writing for AOPA in a variety of capacities since 1991. He has been a flight instructor since 1990 and is a 35-year AOPA member.
Go to Dan Namowitz's Profile
Topics: Avionics, FAA publications, ATC