Get the app Get the app
Get the latest news on coronavirus impacts on general aviation, including what AOPA is doing to protect GA, event cancellations, advice for pilots to protect themselves, and more. Read More
Already a member? Please login below for an enhanced experience. Not a member? Join today
News & Videos New Cirrus CEO looks to modernize airplanes

The first observation about learning to fly from Zean Nielsen, the new CEO of Cirrus Aircraft: “The cockpit has to be easier.” 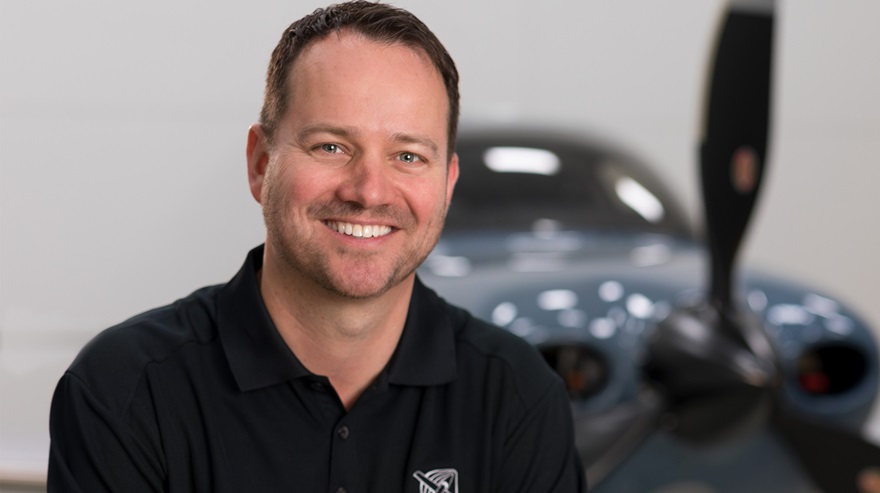 Just a few weeks into his new role, Nielsen (whose first name is pronounced like “Shawn”) began flight training the week before EAA Airventure. During a brief discussion with AOPA at the show in Oshkosh, Wisconsin, he noted that numerous things about modern airplanes still perplex him. “You have to move that fuel selector from one tank to another? Why doesn’t that just happen?” he wondered. And setting up the radios before a flight, making those calls. “Why is that not a text message?”

Given his background, it’s no wonder that he focuses on the technology side of aviation. He is the former vice president of Global Sales Operations at electric vehicle manufacturer Tesla and spent more than 16 years at Bang & Olufsen, including more than six years as president of the Dutch electronics company. Most recently, he was executive vice president of sales for James Hardie Building Products in Chicago.

As the new CEO of the prolific producer of of piston-powered airplanes —and the SF50 Vision Jet—he quickly learned that volume in general aviation is on an entirely different scale from electronics or automotive manufacturing. Cirrus delivered 443 aircraft in 2018. Tesla delivered 350,000 cars that year—barely enough to be profitable in some quarters.

“We need more people,” he said of the pilot community. “Every day what we do is to try to create pilots. If we have the best product, they will fly with us.” The Cirrus Lifestyle campaign has shown how learning to fly can change peoples’ lives. “The new currency is time,” said the new CEO. A GA airplane allows people to get more out of life and do things that others can’t do.

Nielsen, 41, expressed pride in the Cirrus team and especially its winning the Collier Trophy last year for the Vision Jet. “We’re capable of doing anything, just not all at once. We need focus,” he observed. He said his job is to lay out a plan for reaching new markets. “Where do we want to be in 10 years?” And then to make decisions regarding the organization of the company to allow it to work toward those targets.

He said his previous positions created a strong foundation for his role at Cirrus. Regarding the Cirrus focus on lifestyle, he referenced his work at Tesla in focusing on lifestyle: “I’ve been down that path before.”

As for what they build at Cirrus, he said it has to have three attributes: “Be safe. Be comfortable. Arrive in style.”

As for his flight training: “I got the bug. I love it.”

Nielsen replaces Cirrus CEO and co-founder Dale Klapmeier, who announced in December 2018 his intent to transition from CEO to company adviser.