Get the app Get the app
Get the latest news on coronavirus impacts on general aviation, including what AOPA is doing to protect GA, event cancellations, advice for pilots to protect themselves, and more. Read More
Already a member? Please login below for an enhanced experience. Not a member? Join today
News & Videos One last look

An Ohio nonprofit group is recruiting volunteer drone pilots around the world to comfort hospice patients with aerial tours of meaningful locations that are physically beyond their reach. 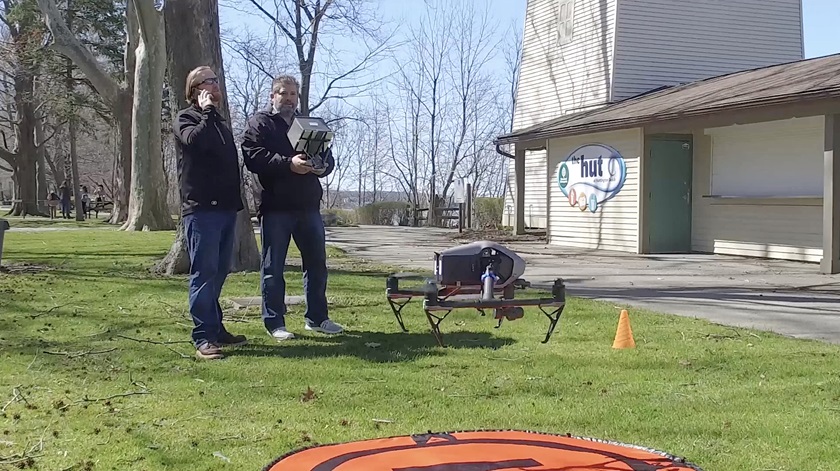 Tom Davis, a senior manager of sales engineering by day, created The Flight to Remember Foundation in 2017 as a result of a few serendipitous turns. After his mother-in-law first ignited Davis’ interest in drones by sharing a YouTube video, he soon found himself the proud owner of an early version of the DJI Phantom (think dangling GoPro), which later became a newer Phantom, which led to an Inspire. Davis was in drone nirvana. Then, one day, an idea occurred to him as he sympathized with a friend’s young cousin who was unable to attend a field trip with her friends due to her rare form of leukemia. That sentiment led to an "ah-ha!" moment for Davis and his wife, Ashley, and the notion to provide aerial video walks down memory lane to hospice patients was born.

The original idea was to live-stream video, allowing patients to see their old neighborhood, the business they worked in for years, the park they used to routinely walk in with loved ones, or their high school. With some (actually, lots of) coordination with family members and hospice, an “audience” could stand ready in a patient’s room when the drone went live. 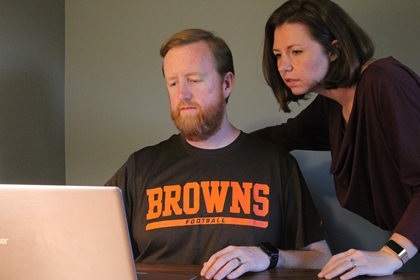 Davis pitched the idea to a regional hospice CEO and the idea was enthusiastically received. “Two minutes into the presentation, the CEO said ‘I love this idea and we’ve got to do this.'”

With little infrastructure yet in place, Davis would fly the first missions himself, and Ashley would run point in the patient’s room. To say the reaction to the first “telecast” was an emotional home run would be an understatement. Ashley was among those in tears in the room as Davis beamed in the memories, and the die was cast for taking the model to the next level.

Davis quickly learned that a livestream had risks and limitations. Live feeds frequently stumble, and patients in hospice might be having bad days and not be in the best state to watch when the mission can be flown. Audio is nonexistent unless something in the room is coordinated, and there is little to no creative editing on a live flight. Weather, of course, can delay a flight.

Live flights transitioned to shooting multiple video clips that were edited and put to music (often a patient’s favorite song), allowing for a richer and repeatable presentation, one that could be enjoyed and shared at the patient’s (and family and staff’s) convenience.

The missing piece to larger-scale success was in finding certificated remote pilots to volunteer their time. Davis flew roughly 15 flights himself at the outset, but had to balance the workload with his day job. Ashley, now the executive director of the foundation, took to the internet to cast a net for prospective pilots in the area, while Davis began to build a formal organization that included family, colleagues, and friends who had expertise in marketing, accounting, and business.

Now at the helm of growing the business, Davis is mostly desk-bound and devotes his attention to managing and fine-tuning strategy for the nonprofit. Today, they have delivered over 50 videos to patients, with a goal of 100 for 2019. The foundation invites drone pilots to contribute their time.

A 2018 Cleveland Plain Dealer article detailing one patient’s virtual return to Italy with help from an Italian drone pilot helped publicize the foundation’s mission. DJI has also taken note of the foundation’s work and dispatched a film crew last fall to document the team and an “experience.”

Todd Crago is the type of person Flight to Remember is looking for. Crago lives about 75 miles east of Cleveland in Pennsylvania, where he operates Velocity Squared Imaging and also works for Ravan Air in Conneaut Lake. There, using industrial platforms like a Matrice 600 and Microdrone 1000, Crago toils over GIS mapping, methane gas inspections, thermal imaging, and more. He flies a personal Mavic Pro. Most importantly, Crago has been volunteering and giving back since he was 14, including as a volunteer paramedic and firefighter. He was a natural fit for the foundation. His father was in hospice. A request from Flight to Remember for a couple hours of his time became an all-day shoot as Crago became invested in creating an experience he would want himself were roles reversed.

“When Ashley reached out to me I thought, ‘This is something that is providing another service to somebody in need.’ Plus, I like flying the drone, so I don’t look at it as work,” Crago said. “I’m trying to make money at this (commercial drone flying), but you’ve also got to give back in some way or another.” Crago said he is ready and willing to step up again for the foundation should they call.

Closer to home in Cleveland, Tom Wasinski, CEO of Aerial Agents, has seven Flight to Remember flights under his belt. He bought into Davis’ philanthropic plans before the foundation even existed. “Once he (Tom Davis) shared what he was working on, it had a profound impact on me. I agreed right away to help out in any way that I could.”

At a younger age, Wasinski had lost loved ones who were in hospice. “I am 100 percent into helping them fulfill a vision.” Wasinski says he is typically all over town on commercial jobs, so working in some time for Flight to Remember is not hard. “The impact that it has means so much more than shooting a commercial real estate building.”

For Wasinski’s Flight to Remember shoots, a Mavic 2 Pro or a Phantom 4 Pro are typically enlisted, and the current business model has Wasinski, Crago, and others shipping clips to Davis so his team can assemble them and deliver the finished video. Pilots typically know little about the patients for privacy reasons, but are given a “target” list to exercise creativity with. Sometimes in the process of flying, they learn more about the intended recipient, which can lead any good storyteller to want to do more. Even the video editing relies on volunteers at a local university, and also at career centers where students sharpen skills and build resumes while contributing to the effort.

Davis is in the process of forming a partnership with a nonprofit, community-based hospice organization, which he hopes will boost the number of hospice “members” to 75 or more in 2019. With volunteer pilots’ passion for giving back fueling the cause, there’s no telling how far this concept could spread. If you’d like to add your name to the list of volunteer pilots, The Flight to Remember Foundation website tells you how. 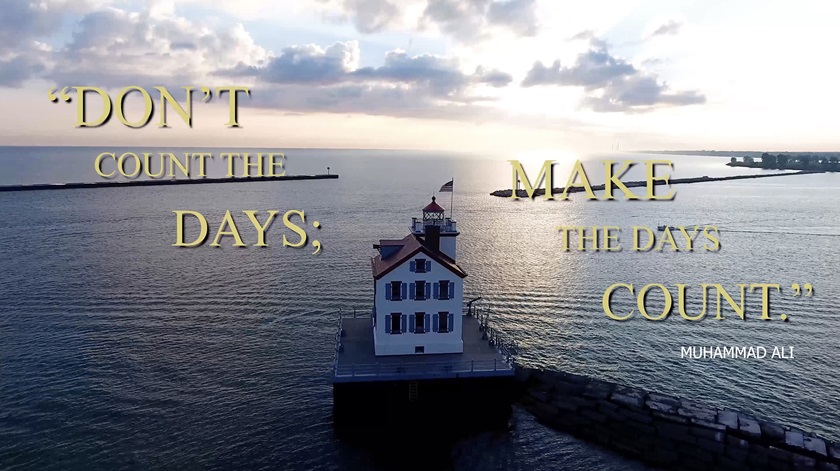 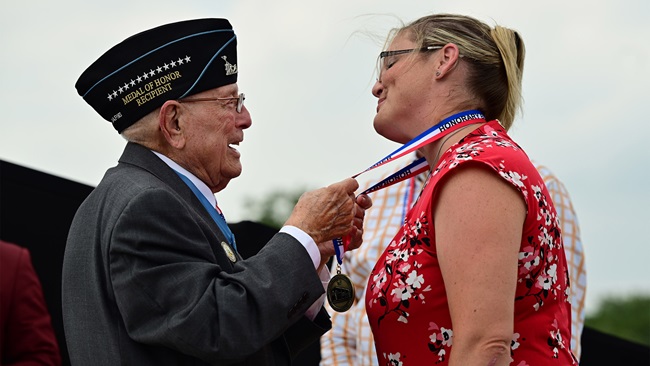 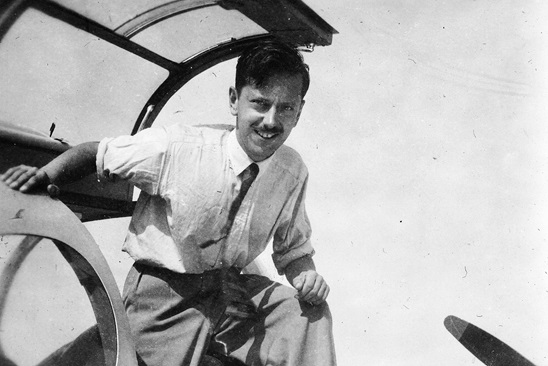