Get the app Get the app
Get the latest news on coronavirus impacts on general aviation, including what AOPA is doing to protect GA, event cancellations, advice for pilots to protect themselves, and more. Read More
Already a member? Please login below for an enhanced experience. Not a member? Join today
News & Media Boeing's crisis: AOPA safety expert weighs in

Editor's note: This article was updated March 22 after further analysis of NASA's Aviation Safety Reporting System reports. The review of the reports and the MAX 8's MCAS reveal that the incidents in the ASRS reports were unlikely to be caused by the MCAS. Edits were also made to correct reference to the Boeing 737 MAX 8's tail. The aircraft has a stabilizer.

“If it ain’t Boeing, I’m not going.” This proud maxim propagates within the professional pilot community, reflecting appreciation for the fundamental design principle at the core of Boeing’s airplanes: The pilot is the ultimate and final authority in aircraft control. 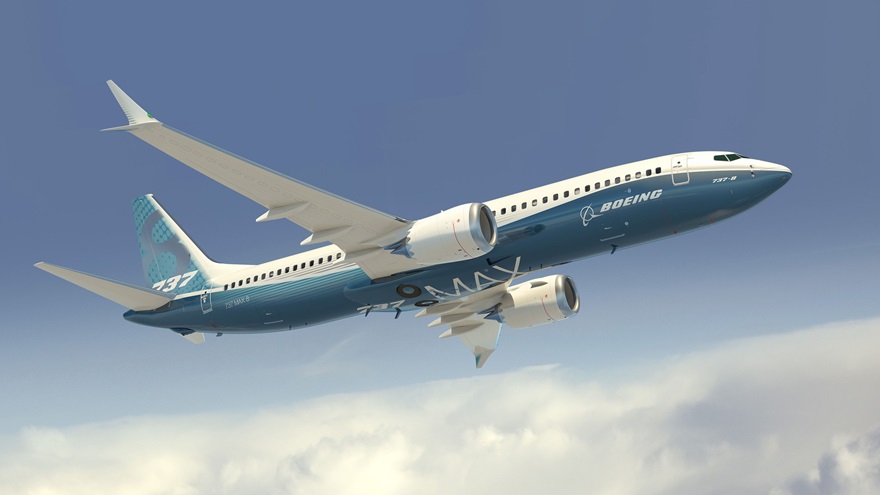 This guiding principle is a critical distinction between Boeing and Airbus airplanes and reflects why pilots who’ve flown both overwhelmingly favor Boeing aircraft. When the Lion Air crash of a Boeing 737 MAX 8 revealed the existence of a flight control system operating in the background, which Boeing and the FAA had not revealed when the MAX 8 was introduced, pilots felt betrayed, as if Boeing had secretly abandoned its guiding design principle and lost faith in pilot skills. In actuality, Boeing’s trust in pilot skills likely buoyed a system design and roll-out strategy that appears to be at the root of two recent MAX 8 crashes. Boeing’s critical mistake may be in assuming a worldwide standard of pilot competency that doesn’t exist.

Investigation of both crashes, which collectively took 346 lives, is in the early stages. The final outcome could reveal completely different issues for analysis. Early indications, though, indicate some type of flight control anomaly created an erratic flight condition that pilots were unable to control. Focus appears to be on the maneuvering characteristics augmentation system (MCAS). MCAS is a new feature specific to MAX 8 aircraft, which activates during manual flight in certain regimes to thwart a stall by pushing the nose down. The MCAS is a stubborn system and requires pilots to completely disconnect automatic stabilizer trim to disable MCAS operation.

Boeing and the FAA agreed that the MCAS was not a significant enough modification to require additional training for pilots, which would be expensive for Boeing and its customer air carriers, and create mountains more paperwork for the FAA. Boeing and the FAA believed that any malfunction of the MCAS would reveal as a typical stabilizer trim malfunction, for which extensive documentation, procedures, and training already existed. Essentially, Boeing and the FAA thought pilots didn’t need to know there was a new function, deep in the software that activates for aircraft control, since in the event of any anomaly, pilots would recognize an automatic stabilizer trim problem and handle it with established procedures. When U.S. pilot groups were made aware of the MCAS system and briefed extensively on it after the Lion Air Crash, they concurred that no additional procedure training was needed. 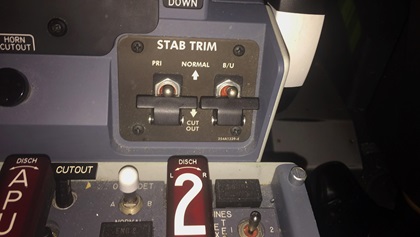 What must be acknowledged in the ongoing MAX 8 accident investigations and follow-on analysis of Boeing and FAA conduct, is that U.S. air carriers have flown more than 50,000 flights and logged more than 100,000 hours in the Boeing MAX 8 without a mishap. If there is a problem with the MAX 8’s MCAS, it's unlikely that U.S. carriers have just been lucky not to experience it. More likely, an anomaly occurred, was handled by experienced, well-trained aircrew, and then addressed by highly qualified maintenance technicians on the ground.

It may not be a coincidence that both MAX 8 accidents occurred in less-developed regions of the world where aviation is not as advanced. The Ethiopian Airlines crew included a 29-year-old captain and a 25-year-old first officer, both light in experience compared to U.S. aircrew averages. Pilot training, cockpit culture, and aircraft maintenance procedures have been refined to an exceptional level over decades in the United States, as the safety record reflects. The aviation ecosystem in the United States requires regulators, accident investigators, pilots, airlines, and aircraft builders to cooperate for success. Governance includes objective mishap investigators who produce candid public reports often casting blame that make elements of the ecosystem squirm, and respond swiftly, when they fall short.

Boeing’s grave oversight may have been not recognizing global distinctions in aviation cultures, specifically in pilot skill and training. The subtle skill and crew coordination competencies, unrecognizable under normal operations, but conspicuous in crisis, may well prove to be the difference between a system anomaly expertly handled and catastrophic crashes resulting in 346 deaths.

Investigations are ongoing and could take a different turn, but for now, it appears the Ethiopian and Lion Air crashes may reinforce that pilot skill matters.

Senior Vice President of AOPA Air Safety Institute
Richard McSpadden was appointed executive director of the AOPA Air Safety Institute in February 2017 and was promoted to senior vice president in July 2020. He currently leads a team of certified flight instructors and content creators who develop and distribute aviation safety material –free of charge— in order to advance general aviation safety industrywide. ASI distributes material through a dedicated YouTube channel, iTunes podcasts, Facebook, and a dynamic website. ASI material is accessed 12 million times annually. A native of Panama City, Florida, McSpadden started flying as a teenager and has logged over 5,000 hours flying a variety of civilian and military aircraft. McSpadden is a commercial pilot, CFII, MEI with SES, MES ratings and a 525S (Citation Jet Single Pilot) type rating. He taught his son to fly, instructed his daughter to solo in their Piper Super Cub, previously owned a 1950 Navion that was in his family for almost 40 years, and currently owns a 1993 Piper Super Cub. McSpadden holds a degree in Economics from the University of Georgia, and a Master of Public Administration from Troy University. He is a graduate of the U.S. Air Force Air War College. Prior to joining AOPA, McSpadden had a successful career in the information technology industry, leading large, geographically dispersed operations providing business-critical IT services. McSpadden also served in the Air Force for 20 years, including the prestigious role of commander and flight leader of the U.S. Air Force Thunderbirds flight demonstration team where he led over 100 flight demonstrations flying the lead aircraft. Additionally, McSpadden currently serves as the industry chair for the General Aviation Joint Steering Committee.
Go to Richard McSpadden's Profile
Topics: Accident, Training and Safety