Get the app Get the app
Get the latest news on coronavirus impacts on general aviation, including what AOPA is doing to protect GA, event cancellations, advice for pilots to protect themselves, and more. Read More
Already a member? Please login below for an enhanced experience. Not a member? Join today
News & Videos Tailwheel grin at long last

Dirt streaked the underside of the Super Cub’s white fabric wings and tail feathers after a tailwheel workout challenged me with touchdowns on grass, mud, and pavement. I grabbed a rag and some cleaner when my instructor reappeared near the hangar doors. 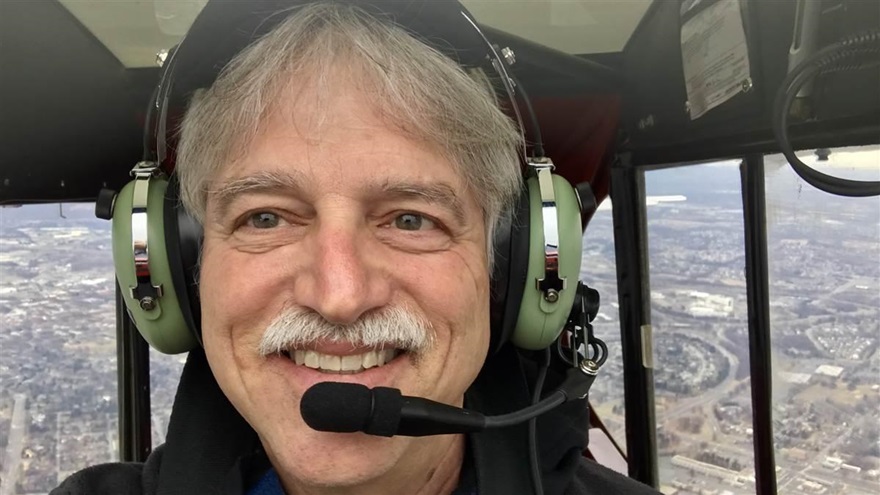 A Super Cub grin was achieved by AOPA Associate Editor David Tulis after a tailwheel endorsement from his mentor that proved to be a personal milestone. Photo by David Tulis.

I was replaying in my mind how I nearly botched a couple of landings at a narrow, lumpy paved field before my CFI expertly intervened with an immediate dose of power and sage advice.

“I think you flew well today, and I saw that you made good corrections. It wasn’t perfect, but I’m not looking for perfection,” advised tailwheel aficionado, AOPA Editor at Large, and overall “good stick” Dave Hirschman, my longtime mentor.

It was years in the making, but this old dog was trying to learn some new tricks and tailwheel flying had long been a personal but elusive goal. An Ercoupe, a Cessna 172RG Cutlass, two Mooney aircraft, and scores of other nosewheel singles had somehow gotten in the way.

I thought back to when Hirschman and I worked for The Atlanta Journal-Constitution and I accompanied him on stories, riding along in an American Champion Super Decathlon, a Yakovlev Yak, a North American T–6 Texan, a Waco YMF, and other tailwheel treasures. That was some of the most fun I’ve had in aircraft!

“I’m signing your endorsement and then I’m cutting you loose to fly—but you need to get back out there today—and I mean right now,” he directed. 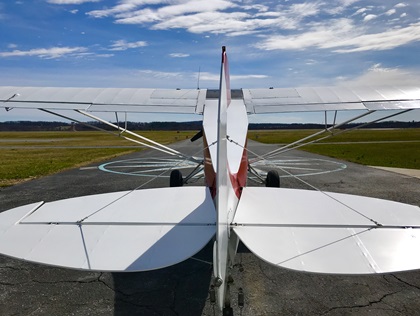 Hirschman doesn’t mince words—either in life or on paper. He’s strict, he operates by the book, and he can spot imperfection a mile away. Earlier that morning, I could feel his head nearly explode at my clumsy answer to the first question of my “tailwheel final exam.”

I enjoyed pushing myself during the honest but demanding tailwheel flying lessons that led to vastly improved pilot skills that were noticeable the next time I flew a Cessna 172.

Honestly, there were more than a few wild and wooly touchdowns along the way. The thin runway at Central Maryland’s Clearview Airpark had more ups and downs than roller coaster rides. That’s where Hirschman rescued me from a near-certain ground loop and proved his point to get my feet quickly moving on the rudder pedals the next time around.

With his coaching, I began to understand the tailwheel mantra of adding power, jabbing the rudders, and flying with a tactile feel—all the way to the hangar. “If you get into any situation that doesn’t look right, just add power—and add it immediately,” Hirschman advised more than once.

He was right, of course. I remembered those instructions when I began drifting to the right from a paved runway with the edge lights clearly in sight. A quick burst of power over the tail gave the rudder authority and quickly straightened out my wonky takeoffs and tentative landings.

We hopped from a turf airpark tucked behind stands of trees to a grass landing strip notched from a farm—with horses and barns providing real-life obstacles.

“Be mindful of the power lines and the orange balls on the approach, and put it down in between the traffic cones,” he coached.

Traffic cones? “We’ll hit them,” I worried needlessly as we cleared the first obstacle and set up for a three-point landing fairly close to where he wanted us. The cockpit camera captured a slight smile coming from the back seater and his reassuring slap on my shoulder was a confidence booster I won’t forget.

“Nice landing, I knew you could do it. Now turn us around and let’s head back to home base for the last stage of your tailwheel final exam.”

Landing at a wide, paved strip bolstered my spirits despite approaching too low and dodging his question about our altitude on base leg.

I came back to my senses when I heard Hirschman direct me to "get back out there."

"Fly west so you can get an early look at any weather headed our way, practice some maneuvers, do a few landings, and get more comfortable in the airplane.”

A few minutes later, I was flying solo and the little aircraft was climbing like an eagle. The winding rivers and rolling hills of the Appalachian Mountains were my playground. With a giant Super Cub grin firmly planted on this old dog’s face, I finally began to understand what tailwheel flying is all about. 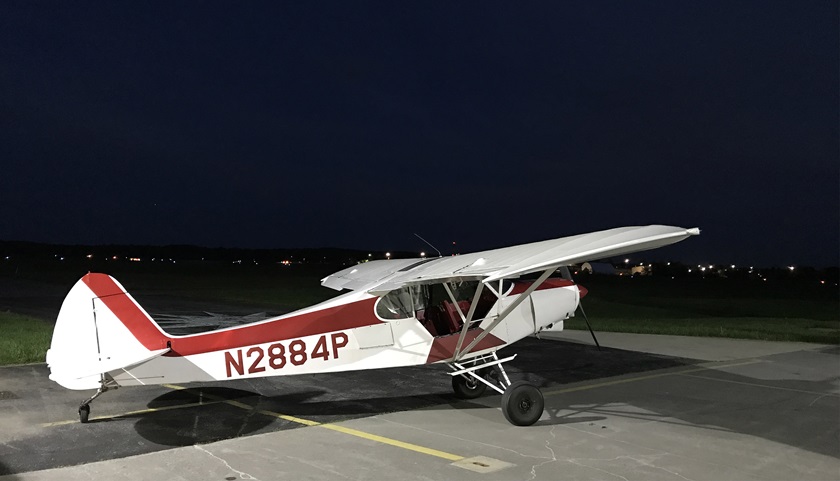