Get the app Get the app
Get the latest news on coronavirus impacts on general aviation, including what AOPA is doing to protect GA, event cancellations, advice for pilots to protect themselves, and more. Read More
Already a member? Please login below for an enhanced experience. Not a member? Join today
News & Videos Trade-A-Plane goes all-digital

The family that has owned and published Trade-A-Plane since Cosby Harrison launched the publication from a kitchen table in 1937 has pulled the plug on print to focus on a digital future.

Fourth-generation owner and Chief Communications Officer of Cosby Harrison Co. Megan Ironside said in a telephone interview that the decision was not easy, despite the economics of the ever-increasing costs of “printing, paper, people, and postage” that combined with increasing digital readership to create an obvious decision, if not an easy one for an operation steeped in tradition.

"Our last print issue will be the third issue of December,” Ironside told AOPA, confirming news that had leaked out days before but which the company had declined to confirm publicly before communicating directly with advertisers and subscribers. A press release was issued November 20, with a focus on the future:

“We are in the digital media age and this transition allows us to grow into new areas that will better serve our audiences,” said Adam Strachn, CEO of the Cosby Harrison Co. (formerly TAP Publishing Co.), who is also a great-grandchild of Cosby Harrison.

The Trade-A-Plane website has grown over more than two decades into a vibrant online marketplace, and the preferred place to find aircraft, parts, and deals on a range of aviation products. Company research revealed that most pilots—71 percent of the company’s audience—said searching for deals on the website is easier than thumbing through those familiar yellow pages. The company has upgraded its digital platform to host electronic transactions and integrate marketing with social media.

“We can help customers with everything from competitive analysis and strategic planning; to content, web design and search marketing; to social media, email, multi-media and direct mail; and engagement analytics that measure the success of any campaign,” Strachn said. “We are a full-service multimedia marketing agency.”

Even with the clear advantages of cost savings and the powerful new tools that digital media provides, Ironside said the decision to discontinue printing and mailing paper catalogs was not taken lightly.

“I think you have a lot of people who are shocked, as we were,” Ironside said. “Some people have told us this is a great idea … some people aren’t there, yet. It took me a while, as somebody who was part of the decision.”

Ironside said the money previously spent on printing, paper, and postage can now be fully invested in expanding the capabilities of the online version of Trade-A-Plane. “This is definitely the right move for us.”

The core mission remains the same as it was when Cosby Harrison set out to find parts for a damaged airplane he had borrowed money to buy, pounding the pavement with pen and paper, folding and mailing those early issues at a kitchen table with his family.

“I think what we’re doing now is just an extension of that … helping people in the GA industry find each other,” Ironside said. “And now they can find each other more quickly.”

Editor-Web
Editor-Web Jim Moore joined AOPA in 2011 and is an instrument-rated private pilot, as well as a certificated remote pilot, who enjoys competition aerobatics and flying drones.
Go to Jim Moore's Profile
Topics: Buying and Selling an Aircraft 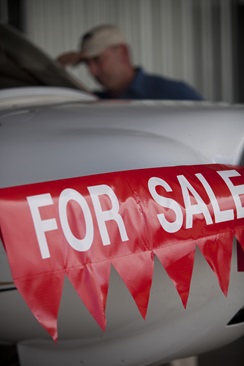 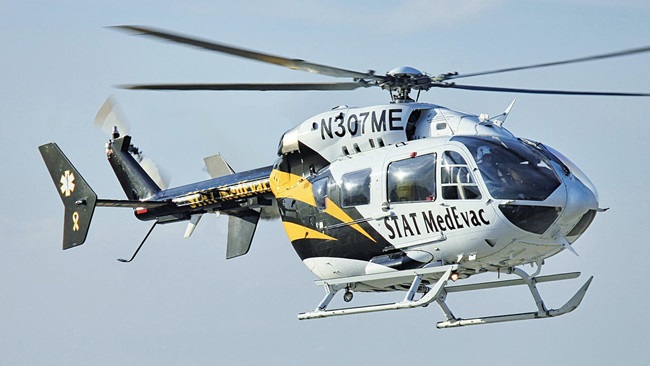