Get the app Get the app
Get the latest news on coronavirus impacts on general aviation, including what AOPA is doing to protect GA, event cancellations, advice for pilots to protect themselves, and more. Read More
Already a member? Please login below for an enhanced experience. Not a member? Join today
News & Videos Cape Air welcomes Tecnam Travellers

Giovanni Pascale, managing director of Tecnam and grandson of one of the company's founders, took matters into his own hands to help ferry the first two of many P2012 Travellers to be painted with Cape Air livery from Capua, Italy, to their new home in Hyannis, Massachusetts. 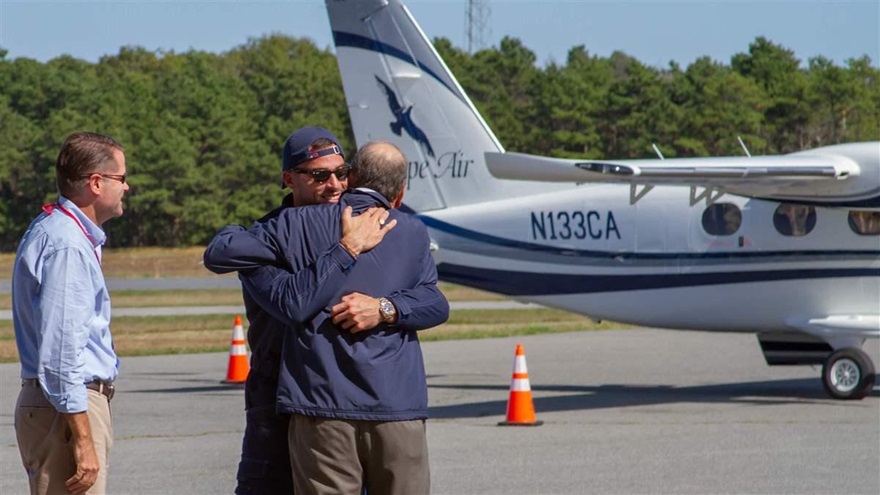 Pascale, 28, personally commanded one of the two new Travellers that arrived safely in Hyannis, where Cape Air is based, Tecnam announced October 2. The 4,000-nautical-mile trip took three days, with four Tecnam crewmembers making fuel stops in five countries, and was the longest ferry flight to date by the Italian firm geared up to deliver more than 100 Travellers to Cape Air in the coming years.

The P2012 first flew in 2016 and won the hearts of Cape Air CEO Dan Wolf and his staff, who welcomed Pascale with (literally) open arms.

“It’s a milestone for Cape Air. Our collaboration with Tecnam started nine years ago, and we are eager to integrate the Traveller into our fleet,” wrote Trish Lorino, Cape Air’s vice president of marketing and public relations, in an email. “Long-term, we expect to have four to eight P2012 Travellers before the end of the year, and 20 by the end of 2020. Over the next 10 years, we will have a total of 112 Tecnam P2012 Travellers.”

The Massachusetts-based airline has grown a great deal since it launched its first flight connecting Boston and Provincetown, Massachusetts, in 1989. The Travellers will gradually replace the 88 Cessna 402s in Cape Air’s fleet (the airline also operates four Britten-Norman Islanders and two Cessna Caravan seaplanes) flying routes that span much of the country, and overseas, according to the airline's website. Now operating up to 400 flights per day in the peak season, Cape Air carries more than 500,000 passengers a year. 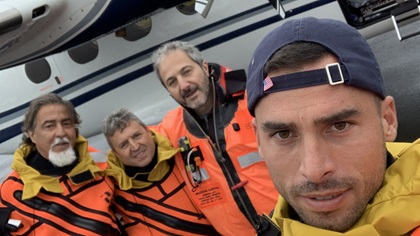 Lorino said the employee-owned company will integrate the new Travellers into the fleet, placing the first two in service in December. Meanwhile, the company invited the press to check out the new arrivals (and meet Tecnam CEO Paolo Pascale) on October 16, noting on the press invite that the P2012 is the first clean-sheet, twin-engine design incorporating modern technology in a quarter-century.

Powered by a pair of 375-horsepower turbocharged Lycoming engines, the P2012 has 11 seats and carries just under 200 gallons of fuel. The factory flight team toted an extra 119 gallons in collapsible ferry tanks for their voyage across the Atlantic Ocean. Fuel stops in the Netherlands; Scotland; Iceland; Greenland; and Goose Bay, Labrador set them up for the final leg to a waiting Wolf.

“There may have been just four crew members on board, but to these men it seemed that, spiritually, the entire Tecnam team had accompanied them on their journey, staying in close communication at all times, and cheering them on from afar,” Tecnam’s press release reported. “It was a very rewarding experience for the Tecnam crew, chasing the sun from one country to another, right across the world, with breathtaking landscapes and stunning topography along the way, especially crossing the Labrador Sea between Greenland and Canada.” 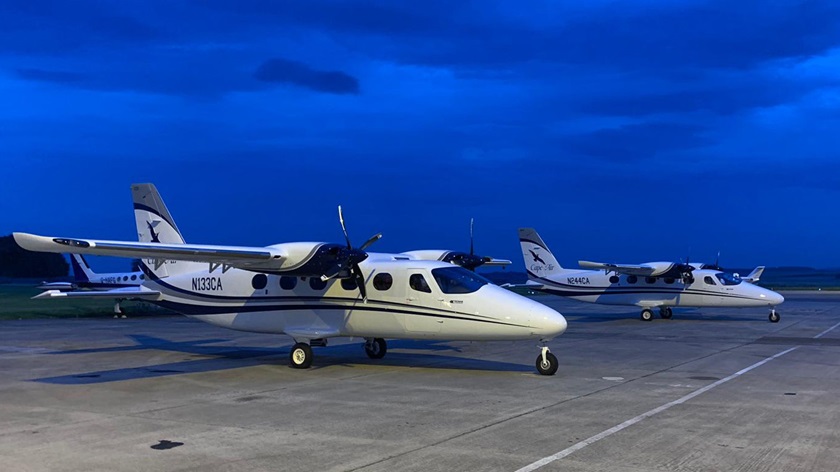 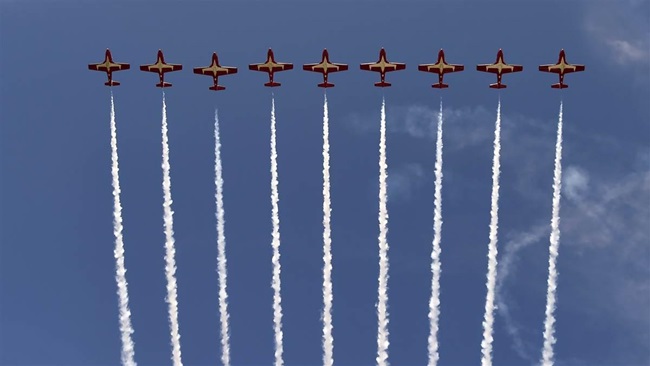