Get the app Get the app
AOPA will be closed on Monday, May 25, 2020, in observance of Memorial Day.
Already a member? Please login below for an enhanced experience. Not a member? Join today
News & Videos All the help we can get 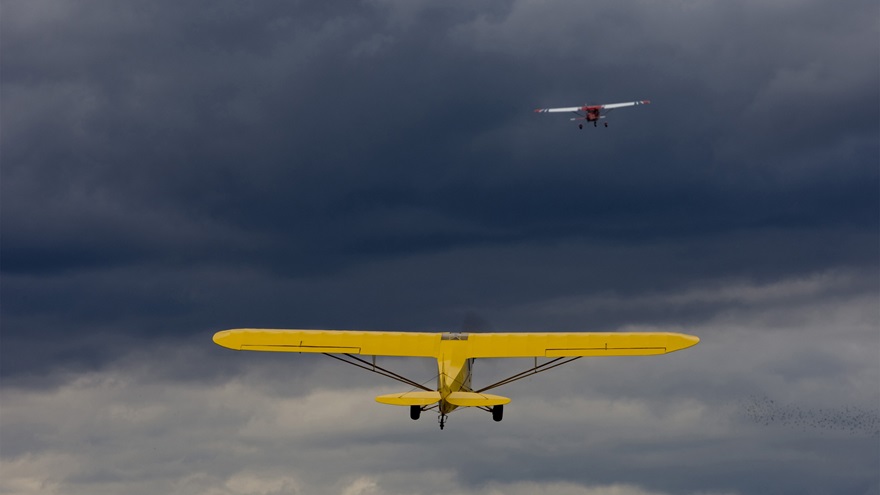 Pilots and controllers are urged to more frequently use VFR flight following (the less literal kind, using radar and radios) for traffic awareness and increased safety. Photo by Mike Fizer.

This collaboration between the FAA, the National Air Traffic Controllers Association, and AOPA was driven by the fact that increasing the volume of traffic advisories remains a priority for the FAA Air Traffic Organization, which held its annual Top 5 Summit in September.

AOPA Senior Director of Government Affairs Rune Duke attended, participated, and provided in advance AOPA’s recommendations for addressing all five of the highlighted issues. Since you must be curious about the other four, they are: compliance with altitude assignments, pirep dissemination, wrong-surface landings, and operational risk management. (Duke had lots to say about four of the five topics, though the “operational risk management” piece is more about system resource management and information sharing, and not really a pilot thing, per se.)

On the matter of advisories, however, Duke said it’s very much AOPA’s mission to support the ongoing effort to improve safety by sharing important information, such as the presence of another aircraft at three o’clock and five miles away.

“After given an initial traffic advisory, pilots report to air traffic control that they have other traffic in sight only 25 percent of the time. It can be difficult to see other traffic, which is why air traffic control is there to provide additional traffic calls and to take action to keep everyone safe,” Duke said. “Pilots should take advantage of this service and request flight following when flying VFR.”

AOPA routinely hears from members who believe flight following services could have been provided more effectively. ATC personnel do not always provide flight following on request, and there can be good reasons that boil down to a controller’s workload at that moment, particularly in busy airspace. While the FAA encourages controllers to provide flight following when workload permits, some pilots and controllers alike may share a perception that it’s more of an afterthought, and not important enough to spend the time and make the effort amid other priorities. There’s anecdotal evidence that some controllers feel that VFR pilots don’t want to be bothered.

“Safety in the National Airspace System involves utilizing the potential of all available resources,” McSpadden said. “This series helps emphasize the teamwork between pilot and controller that is so critical.”

The "Let Us Know" videos are available for your perusal.