Get the app Get the app
Already a member? Please login below for an enhanced experience. Not a member? Join today
News & Videos Honeywell forecast: Business aviation healthy, regional concerns exist 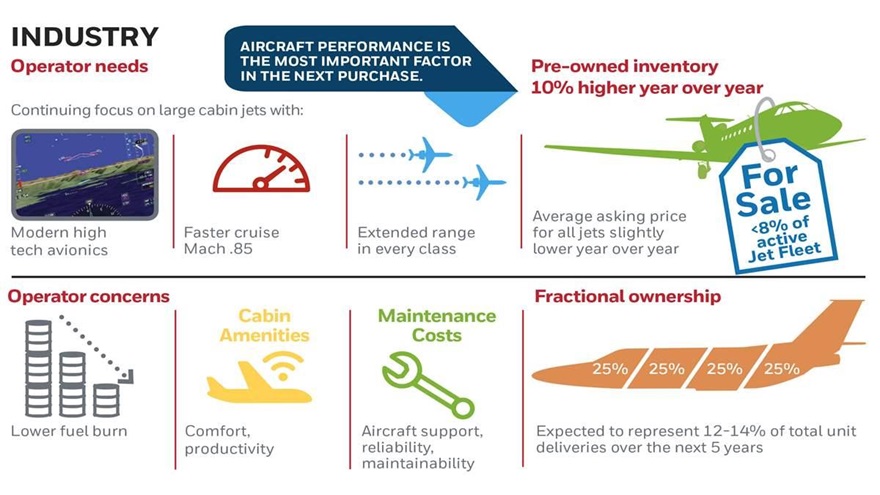 The forecast indicates a demand for 7,600 new business jets from 2020 to 2029 worth $248 billion, down about 100 units and $3 billion from the previous forecast. This 1-percent decrease in anticipated deliveries and billings is based largely on economic trends, according to Gaetan Handfield, Honeywell’s senior manager of marketing analysis—known as the person behind the forecast.

“That’s a bit lower than last year,” said Handfield. “Last year we were at 7,700. So, just slightly lower and this is based mostly on recent economic projections which are a bit lower this year for the short-medium term, so this is backing our 10-year outlook. The purchase intentions for new jets are also a bit lower in our forecast this year at 17 percent [of operators’ fleets over the next five years as replacements or additions to their current fleet] compared to 20 percent last year. All the regions are lower except for Asia in our forecast. So, these are two elements that are a bit more negative in our forecast this year.” 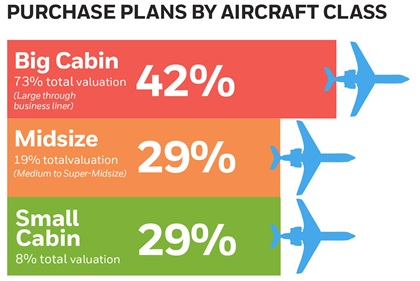 “On the positive side, [there are] very strong intentions on buying used jets overall in our survey. In the U.S. market, the intentions for used aircraft are at their highest in the last 10 years. Many of these used jets are very young, five years and less, and some are for aircraft not yet delivered; so, hopefully our projections will be fulfilled by the fact that some of these will transition back to the new market in the medium term,” Handfield said. Operators worldwide indicated that 32 percent of their fleet is expected to be replaced or expanded by used jets over the next five years, up 8 percentage points compared with survey results from 2018.

Operators are continuing to focus on larger-cabin aircraft classes, from large-cabin through ultralong-range aircraft, which are expected to account for more than 71 percent of all expenditures of new business jets in the next five years. The longer-range forecast through 2029 projects a 2-percent to 3-percent average annual growth rate in line with expected worldwide economic growth.

“Production ramp up on many new business jet platforms are expected to lead to a 7-percent increase in deliveries in 2020,” said Heath Patrick, president of Americas Aftermarket for Honeywell Aerospace. “We are confident that these new and innovative aircraft models will support solid growth in the short term and have a continuing impact on new business jet purchases in the midterm and long term.”

Honeywell’s global outlook is based on multiple sources, including interviews with over 1,500 nonfractional business jet operators worldwide, and complete results are broken down by region.