Get the app Get the app
Get the latest news on coronavirus impacts on general aviation, including what AOPA is doing to protect GA, event cancellations, advice for pilots to protect themselves, and more. Read More
Already a member? Please login below for an enhanced experience. Not a member? Join today
News & Videos Polish and shine

How can you top a shiny new airplane? Make its reveal even more spectacular. Gulfstream did that with the unveiling of its new G700, using special lighting and video to dazzle attendees at the National Business Aviation Association’s annual convention in Las Vegas. 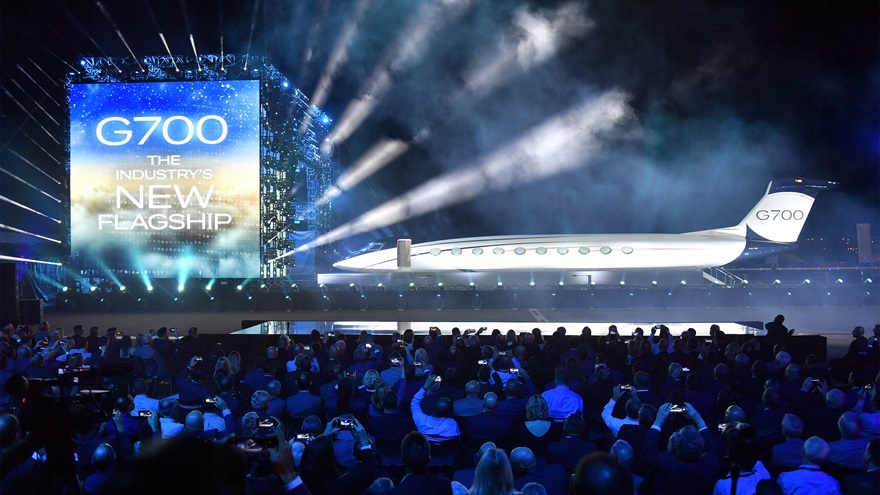 Glitz and glamour highlighted the Gulfstream G700 reveal. Photos by Mark Wagner.
But Gulfstream wasn’t the only company making sure its featured aircraft were shined and ready for prime time. Pilatus debuted its new PC–12 NGX, Cirrus displayed its Vision Jet, Textron brought much of its fleet, and Bombardier towered above many of the aircraft on display. Meanwhile, the Quest Kodiak added a pop of color to the static display.

Enjoy a look at some of the aircraft on display during the business aviation show.