Get the app Get the app
Get the latest news on coronavirus impacts on general aviation, including what AOPA is doing to protect GA, event cancellations, advice for pilots to protect themselves, and more. Read More
Already a member? Please login below for an enhanced experience. Not a member? Join today
News & Videos Rural Maine airports upgrading

The completion of a project to lengthen a rural Maine airport’s runway from 3,200 feet to 4,300 feet will support the area’s emergency medical services and could prove a boost to the scenic region’s businesses and tourism economy. 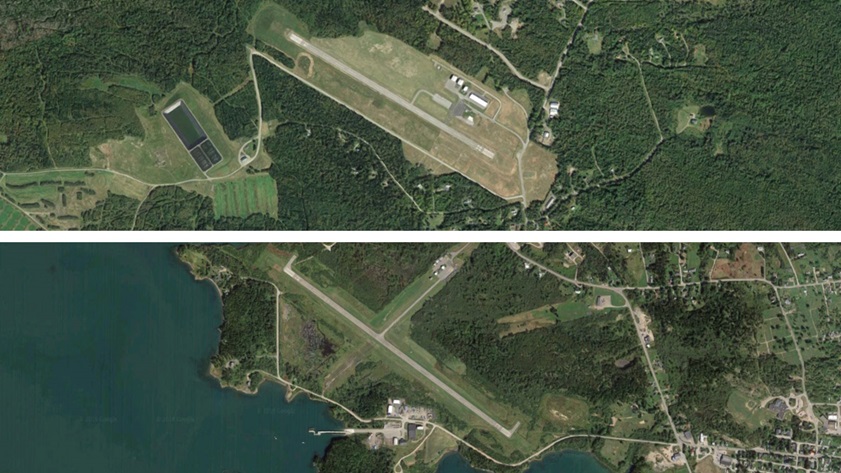 Dignitaries cut a celebratory ribbon reopening the runway at Steven A. Bean Municipal Airport on September 21 in Rangeley, just as a colorful fall-foliage season was peaking in western Maine’s mountainous Rangeley Lakes Region where the airport—field elevation 1,825 feet msl—is located.

Extending Rangeley’s Runway 14/32 was funded by an $11.5 million grant from the federal Airport Improvement Program that was announced in 2018 after receiving community support and public backing from all three members of Maine’s congressional delegation. The project was accomplished in about 75 days.

“The FAA stepped up in a big way to accept rural emergency medical access as justification for funding the project at an airport where regular operational activity might not otherwise support a runway expansion,” he said.

He added that the runway’s new capacity will allow some emergency-service aircraft to fly approaches and land “in more inclement weather scenarios, adding to its value as a vital lifeline for folks in rural, western Maine where intensive medical care is more than an hour away.”

Thomas Judge, executive director of the critical-care air transport organization LifeFlight of Maine attended the opening ceremony and praised the effort by community organizations and others to promote the airport upgrade.

“Before the expansion, larger airplanes, including LifeFlight’s King Air (N901LM) couldn’t land there. Not only does this new runway change that, it will also play a key role in the economic development of the region,” the organization said in a Facebook post.

Grant in the works for Eastport

On Maine’s sparsely populated eastern border with New Brunswick, Canada, another rural airport has received community support for needed upgrades. On October 9, officials in Eastport approved taking out a reimbursable $275,000 loan for engineering studies that would lay the groundwork for resurfacing the 4,000-foot-long runway at Eastport Municipal Airport.

With the FAA planning to fund the runway resurfacing with a “no-match” grant and to repay the town for the engineering loans at the project’s completion, the only expense borne locally would be interest payments on the loan, Collins said.