Get the app Get the app
Get the latest news on coronavirus impacts on general aviation, including what AOPA is doing to protect GA, event cancellations, advice for pilots to protect themselves, and more. Read More
Already a member? Please login below for an enhanced experience. Not a member? Join today
News & Videos Training Tip: The meaning of 'Learn to Fly Here'
Sponsored by Aircraft Spruce

An email recently arrived from the president of a local aviation organization that I dare say has played an irreplaceable role in this region’s aviation story. 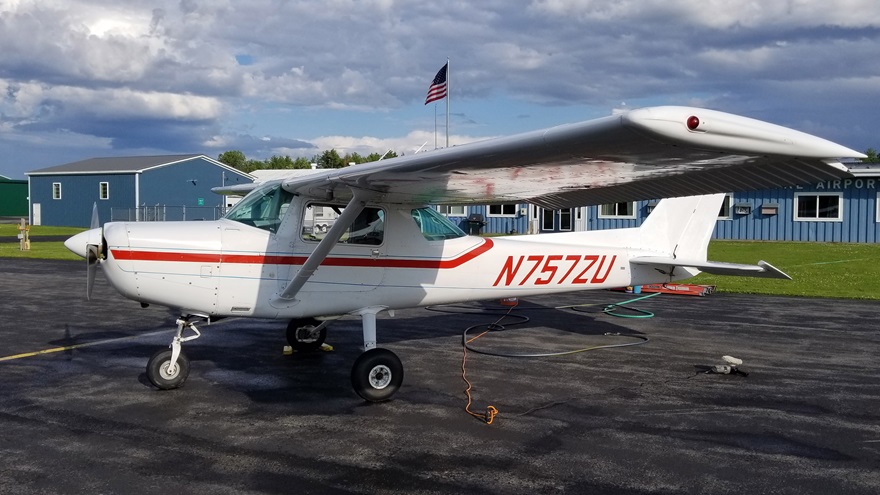 David Stansfield, a University of Maine fourth-year mechanical engineering student and president of the University Flying Club, wrote: “This is an exciting announcement that today marks the 50th anniversary of the University Flying Club! This is a major milestone for the club, because it goes to show that for the last 50 years we've had continuous interest in aviation, and we've had motivated members to keep the club running smoothly. With the same motivation from amazing members, the club can continue to grow and offer new opportunities to individuals for countless years to come!”

Its name aside, the club extends its membership opportunities to the entire community. Though rooted in university beginnings, and always biased (in the best sense of the word) toward the needs of scholars in flight training, the University Flying Club long has drawn air-struck individuals from all walks, ages, and nationalities.

The magic lies in making flight training a high priority, in giving key training milestones like cross-countries and checkrides a clean shot at the schedule.

My first student in the club’s Cessna 152 trainer in 1992 was a high-schooler visiting from Norway who already flew gliders and would go on to become a military pilot.Two other ex-students, both “Maine kids,” now fly for major airlines; I was pleased to write a letter of recommendation for one when she applied to the Air National Guard. There were older pilots, rusty pilots, ex-aircraft owners, intro rides, photo shoots, and sightseeing with friends as a club instructor or member.

Flight training asks commitments of time and resources. The club has excelled as a cost-killer, helping many who might otherwise have never flown earn a pilot ticket.

Ever join in a Saturday airplane wash? Gives new meaning to getting your feet wet in aviation.

For 50 years the club has navigated belt-tightening times followed by upswings when the aircraft fleet expanded (from one to two) to meet demand, now including a glass cockpit.

If there’s a hall of fame for flying clubs out there, this club deserves enshrinement.

Happy fiftieth anniversary to the University Flying Club and its members past and present.