Get the app Get the app
Get the latest news on coronavirus impacts on general aviation, including what AOPA is doing to protect GA, event cancellations, advice for pilots to protect themselves, and more. Read More
Already a member? Please login below for an enhanced experience. Not a member? Join today
News & Videos Drone industry struggles to scale up

Four years after the inaugural InterDrone conference in Las Vegas drew roughly 3,000 attendees and hundreds of exhibitors, the fifth iteration of the show reflected an adjustment of expectations in light of modest progress. 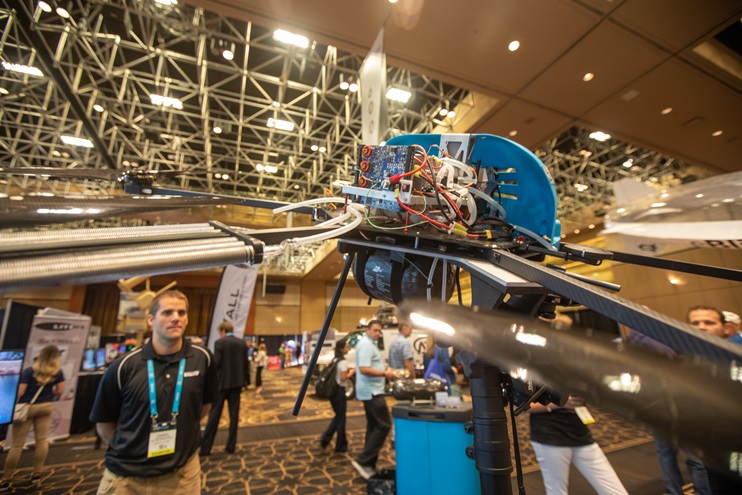 A hydrogen fuel cell powers this drone making its second InterDrone appearance in 2019. The custom rig is basically a demonstrator presented by Ballard Unmanned Systems, and was the closest thing to a new unmanned aircraft spotted on the exhibit hall on Sept. 4. Photo by Jim Moore.

The conflict between enthusiastic appraisals of progress toward full integration of unmanned aircraft and the reality of the moment was illustrated just a couple of days after FAA Deputy Administrator Daniel K. Elwell told the audience (large, but noticeably smaller than it was in 2015) that the proposed rule for remote identification and tracking of unmanned aircraft, a critical prerequisite for allowing advanced operations including flight beyond line of sight and over people, would be published “later this year.”

When Elwell said that to the InterDrone audience on Sept. 4, many might have expected that he meant it was a matter of weeks. Two days later, a government posting revealed the timeline has been pushed once again, and that critical notice of proposed rulemaking is now scheduled for publication Dec. 20. 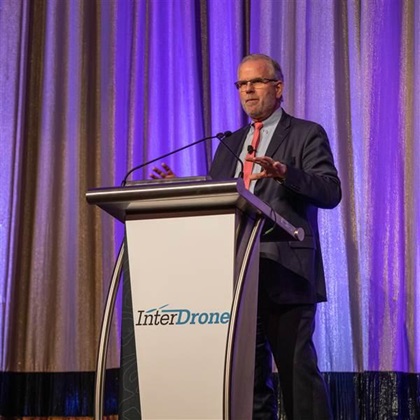 Elwell stuck to an optimistic script and detailed a list of accomplishments made by government-industry partnerships in the past year, including the first waiver granted for “true” beyond visual line of sight (BVLOS) operations in North Dakota, where Airbus, the Northern Plains UAS Test Site, Xcel Energy, and drone service provider SkySkopes were involved in a successful effort to secure a waiver to fly a lightweight flying wing made largely of foam a few miles out of the pilot’s sight. Ground surveillance radar is required for separation, an expensive and cumbersome solution that would be impossible to scale across the country, but which serves as a kind of stopgap while government and industry entities test drone-mounted systems that could achieve the required level of safety.

The process of validating drone-mounted detect-and-avoid solutions has been largely opaque, with little in the way of publicly available data available to independently evaluate the competing technologies. Two cases in point: AOPA recently submitted comments on petitions for exemption sought by Amazon and UPS that would allow those companies to deliver packages with drones operating under Part 91 and Part 135. AOPA Director of Regulatory Affairs Christopher J. Cooper noted in comments submitted in August and September on these respective petitions that the proprietary nature of each of these technologies (the details remain under wraps to protect intellectual property) frustrates efforts to independently evaluate how safe they really are.

“AOPA is supportive of integration of new and innovative UAS technology that, at a minimum, allows the same level of accessibility, safety, and no new equipment or procedural requirements to general aviation,” Cooper wrote Aug. 28 in response to Amazon’s petition. “However, the rationale for granting or denying petitions must be proper and transparent to ensure safety is not compromised.”

Cooper wrote a similar comment in response to the UPS Flight Forward petition: “To ensure this level of safety between manned and unmanned aircraft is not compromised, AOPA urges caution and transparency of any consideration the FAA may have to approve UPS FF’s request for exemptions.”

“We can’t see the proprietary information, so we don’t know what’s going on behind the curtain when the FAA approves exemptions from the FARs,” Cooper said. “It’s hard to know if they are maintaining an equivalent level of safety, which is why AOPA is advocating the FAA identify appropriate standards through rulemaking as soon as practical to avoid these case-by-case approvals in the future.”

The separate but related challenges of remote identification and tracking of drones, and equipping drones to detect and avoid manned aircraft (including aircraft that are not broadcasting their position electronically) have proved a frustrating bottleneck for the industry as a whole. PrecisionHawk CEO Michael Chasen, the chairman of the FAA Drone Advisory Committee who delivered the Sept. 4 InterDrone keynote, acknowledged the challenges on the technological side but spoke of “incredible progress” being made, and (not for the first time) predicted the industry is “about to take off.”

However, the acoustic detect-and-avoid solution PrecisionHawk touted in 2018 as being on the verge of validation hit a bit of a snag. Chasen told AOPA after he concluded his public remarks that engineers ran into a problem: The noise made by a multirotor drone is very similar to the acoustic signature of a single-engine Cessna, which is one of the most common aircraft types flying today. Chasen said the company hasn’t given up on acoustic detect-and-avoid, but there has indeed been a setback. 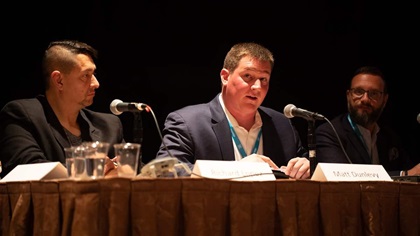 Matt Dunlevy, CEO of SkySkopes, can still be counted among the optimists. His North Dakota firm has been involved in some of the key developments and progress made in recent years, including the aforementioned BVLOS waiver that Elwell celebrated in his address.

“It’s these big monumental and historical waivers that we’re seeing come out that really make me think that we’re at that catalyst for this industry, or the tipping point,” Dunlevy said.

InterDrone Chairman Michael Pehel sat down for a chat on the exhibit floor Sept. 5, taking stock in a smaller show (nearly 1,800 registered attendees, and 75 paid exhibitors, a sharp reduction from the 3,000 announced attendance and hundreds that showed their wares in 2015) that has transformed into a more education-focused gathering of thought leaders. While there were seminars and panel discussions aplenty, there were no major drone manufacturers on the exhibit floor, and only a limited presence by China’s DJI. There was not a drone cage in sight.

Pehel said the show remained profitable from a business standpoint (he works for Emerald Expositions, a large firm that operates a variety of trade shows in multiple industries), and it continues to serve the core mission of helping the industry advance by facilitating collaboration and exchange of ideas. If it’s no longer a place to score deals on drones, that does not really trouble him.

“I’d rather be where the reality is,” Pehel said. “Bring the who’s who together to have the conversations that we need to have to move this industry forward.”

He agreed that many of the optimistic projections of 2015 set the expectations for progress unreasonably high. “When something’s that new, the expectations always outgrow what we can meet,” Pehel said. And that remains true in the present, he added, considering the slow progress toward validating the core safety technologies that will ultimately unleash unmanned aircraft to achieve their true potential. 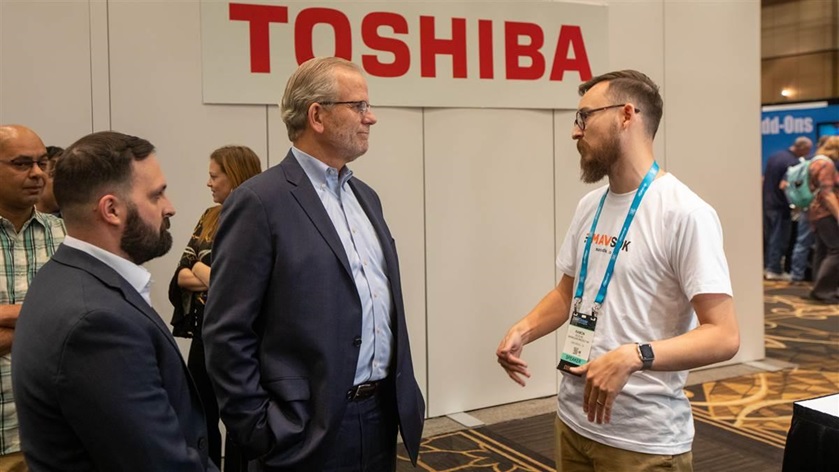