Get the app Get the app
Get the latest news on coronavirus impacts on general aviation, including what AOPA is doing to protect GA, event cancellations, advice for pilots to protect themselves, and more. Read More
Already a member? Please login below for an enhanced experience. Not a member? Join today
News & Videos AOPA on guard against new equipment mandate

Aircraft owners spent significant sums of money to equip for the ADS-B Out mandate. AOPA reminds the FAA that the future unmanned aircraft integration should not come at additional cost to the manned community. 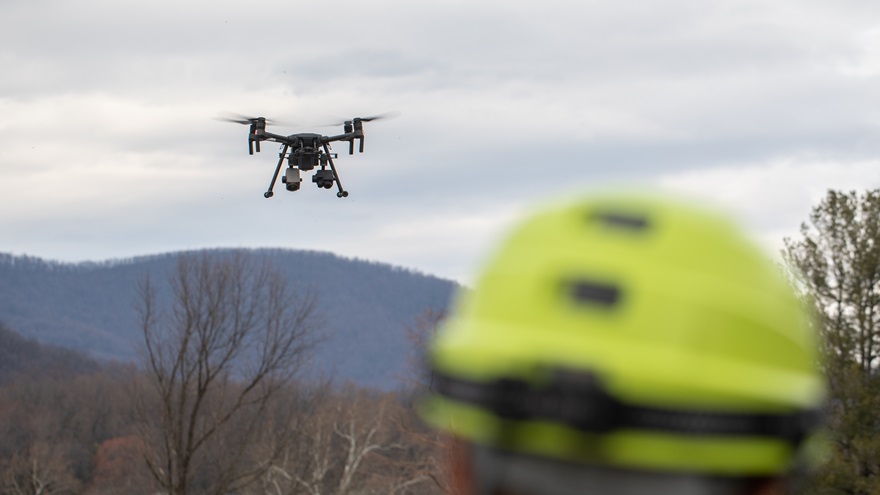 A March 12 request for information (RFI) is related to a landmark notice of proposed rulemaking issued in December regarding remote identification and tracking of unmanned aircraft. AOPA was among more than 53,000 individuals and organizations that responded to that detailed proposal to establish a system to track and manage drone traffic, a key building block of creating an unmanned aircraft system (UAS) traffic management (UTM) capability. AOPA supported the implementation of remote identification and tracking of drones, with several suggested modifications to the proposed rule.

The RFI issued about a week after the remote ID comment period closed notes that establishing “a cooperative data exchange mechanism between the FAA and Remote ID UAS Service Suppliers” is a “critical element” of remote ID implementation, and “this RFI seeks input from the manned aviation community regarding whether and/or how they can potentially receive and use UAS remote ID information to further enhance safety, by reducing collision risks at lower altitudes.”

While the RFI is not a proposed rule, it does open the door for stakeholders outside of the manned aviation world to push for a new equipment mandate. Tracking and accounting for so-called “non cooperative” aircraft that are not broadcasting position information electronically has been among the most vexing challenges faced by those trying to build and implement UAS Detect and Avoid (DAA) capability, an essential precursor to implementing UTM. More than once, including at the most recent meeting of the FAA Drone Advisory Committee in February, stakeholders (particularly those who are struggling to engineer solutions that do not rely on active participation by manned aircraft) have suggested that requiring manned aircraft to add additional equipment to participate in an integrated traffic management system might make life easier for everyone.

AOPA, having been through a long battle over the scope of the ADS-B Out equipage mandate that now applies to certain parts of the national airspace system, can offer a few relevant insights on the downsides of piling yet another equipment mandate on top of that:

“While we fully support the safe integration of drones through the enhanced security and safety that remote ID brings for complex UAS operations, we are disappointed to see this RFI requests low-altitude manned operators to recommend methods of how they can use remote ID transmissions for collision avoidance or as a safety benefit,” said AOPA Director of Regulatory Affairs Christopher Cooper. “We have many concerns with involving low-altitude manned aircraft with remote ID technology. Regardless of the type of Remote ID technology, pilots flying agricultural aircraft, medical helicopters, firefighting aircraft, and other low-altitude missions (most likely to conflict with unmanned traffic) do not need additional distractions in the cockpit. Having multiple alerts to the presence of nearby UAS would likely be more dangerous than beneficial. While we support methods for low-cost, non-mandatory technology to improve situational awareness, we must ensure it does not cause more safety issues than it attempts to solve.”

Cooper also noted that the remote identification and tracking system proposed by the FAA allows for many UAS flights (in FAA Recognized Identification Areas) that are not required to participate in remote ID, so they would not benefit from participation by manned aircraft in such a system. Furthermore, the concept of Remote ID technology was not meant to be used as a method to detect and avoid other aircraft.

AOPA has long maintained that safe integration of UAS depends on unmanned aircraft being able to see and avoid manned aircraft (as required by federal aviation regulations), either by utilizing on-board equipment alone, or augmenting on-board capabilities of the UAS with ground observers, or ground-based remote-sensing equipment that is able to detect and avoid nearby aircraft (and birds, or other objects).

“There are promising new DAA technologies available, both ground-based and airborne. AOPA fully supports industry’s and the FAA’s efforts on developing solutions that provide collision avoidance and safety, while not requiring additional equipment from incumbent aircraft,” Cooper said. “While we appreciate the FAA’s overall effort to safely integrate unmanned aircraft, this RFI suggests the FAA continues to consider an unnecessary and costly equipment mandate that will only create a strong disincentive to participate.”

The FAA extended a deadline to respond to the RFI to April 30, and AOPA plans to submit formal comments on this topic.