Get the app Get the app
Get the latest news on coronavirus impacts on general aviation, including what AOPA is doing to protect GA, event cancellations, advice for pilots to protect themselves, and more. Read More
Already a member? Please login below for an enhanced experience. Not a member? Join today
News & Videos Pilots press to reopen Colorado’s Glenwood Springs Airport

Pilots who use Glenwood Springs Municipal Airport in Colorado are pressing the city to reopen the facility officials closed to “non-critical air traffic” on March 23 in one of several moves to limit community spread of the coronavirus. 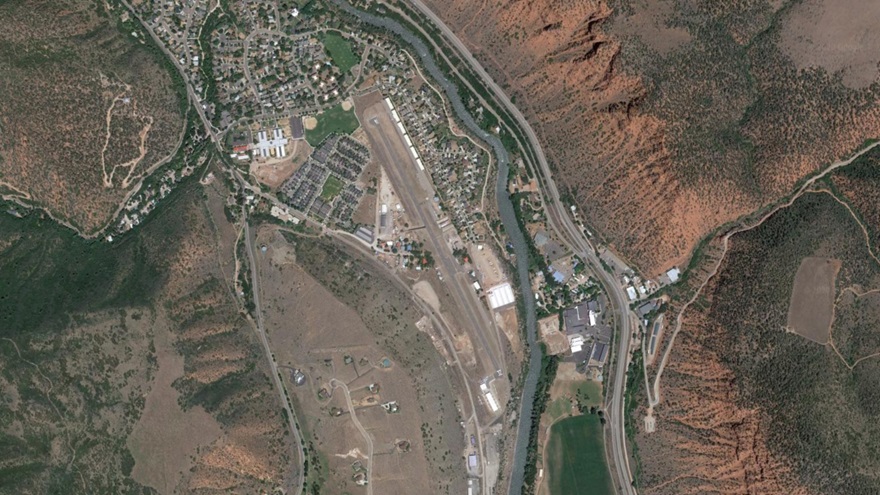 Airport supporters will attend an April 30 special virtual meeting of the city council to back the aviation community’s request to reopen Glenwood Springs Municipal Airport. Proficiency training was not included in the city’s list of permitted critical air operations that allowed emergency services and search-and-rescue flights.

“The airport was the only airport in the state to close in response to the virus, and one of only a handful of airports that closed across the country over the past month,” said Josh Pruzek, AOPA’s Northwest Mountain regional manager, who works with AOPA’s Airport Support Network volunteers on many local airport issues.

Pilots, in an online petition, have emphasized the importance of the airport’s continued operation to flight safety.

“Not allowing the pilots to fly is in fact endangering lives because of loss of proficiency,” the petition notes. “Both the FAA and Governor Polis recognize the importance of flight training and it is considered a ‘critical activity.’ Flying in the mountains has inherent risks and it is even more important that pilots be able to practice and hone their skills.”

AOPA reported on April 22 that Gov. Jared Polis’s order shutting down most activity through April 27 to combat the coronavirus pandemic was amended later in the shutdown to allow proficiency flying as one of the critical activities permitted during the ban.

“AOPA members in Glenwood Springs want to be able to utilize their aircraft to maintain proficiency and currency, or for necessary transportation, while still being mindful of good social distancing practices,” he said.

Airports provide critical services to the communities they serve, including emergency medical transportation, law enforcement, firefighting, charitable patient airlift, and flight training. Community airports like Glenwood Springs are economic engines that attract business to the area and generate significant economic impact. According to Mike Ginter, AOPA vice president of airports and state advocacy, “Glenwood Springs Municipal Airport should be the centerpiece of a comprehensive community growth strategy and investment plan that benefits Glenwood Springs and Garfield County. Reopening the airport consistent with current health restrictions is the right thing to do.”

Pilots were also concerned that the temporary closing of the airport might foreshadow another challenge, said Pruzek, noting that in 2018 the city launched an “airport property scenario planning project” that weighed possible nonaviation land uses of the airport premises.

Pruzek said some airport tenants have been assured informally that the coronavirus-related closing is not a cover for other efforts such as a “testing of the waters” for a permanent closure bid.

“However, pilots are not so sure,” he said.