Get the app Get the app
Get the latest news on coronavirus impacts on general aviation, including what AOPA is doing to protect GA, event cancellations, advice for pilots to protect themselves, and more. Read More
Already a member? Please login below for an enhanced experience. Not a member? Join today
News & Videos 'Waco Taco' in the works

Waco Aircraft Corp. is about to deliver the third YMF–5F customer aircraft, and more are in progress at the factory in Battle Creek, Michigan. Construction of a much larger facility that will include Waco Kitchen, a company-run restaurant, is also progressing quickly. 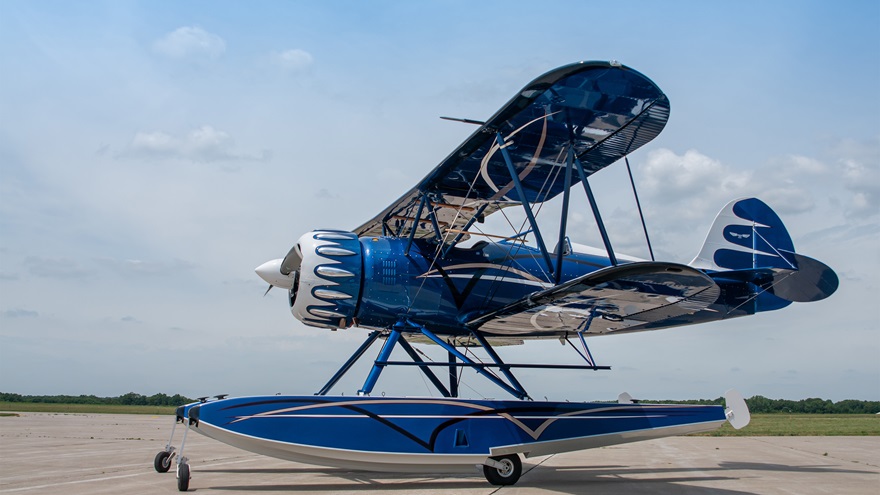 Construction of new facilities at Battle Creek Executive Airport at Kellogg Field has been underway as the factory has begun producing the Waco YMF–5F to fill orders. The amphibious version of the YMF–5 biplane boasts a flying experience that AOPA Editor at Large Dave Hirschman declared a “mind bender” after he flew the prototype in 2017.

Powered by a 300-horsepower Jacobs radial engine with seven cylinders, the two-seat YMF–5F has head-turning, old-school looks and modern appointments including Garmin glass avionics, leather seats, and a heated cockpit. It can take off in 628 feet, can climb at 600 feet per minute, and has a useful load of 726 pounds. Waco Sales and Marketing Manager Alex Skiba said in a telephone interview that delivery of the third customer aircraft is imminent, and more are in the works. The factory is back to full staff following a pandemic-induced pause in March, and completion of a new facility that will quadruple the size of the present factory is also fast approaching.

That construction project includes a restaurant that will serve nutritious food at reasonable prices to company staff, as well as visitors to a brand-new, Waco-run FBO, and workers in the surrounding community.

“It will be called Waco Kitchen,” Skiba said. “We expect to have occupancy into that part of the facility mid- to end of September.”

Staffing up a restaurant will take another six to eight weeks after that, Skiba said, noting that Waco plans to develop and run the restaurant in-house, and a grand opening is tentatively scheduled for November. The menu is still a work in progress, but Skiba said the company is exploring a farm-to-table concept, eyeing the value of serving up healthy food from local sources at reasonable prices, a niche that is currently in short supply in the neighborhood. “We want to add value to the community.”

Waco Kitchen may not take a full turn toward Mexican cuisine, though, “the one menu item that I absolutely must see on the menu is the Waco Taco,” Skiba said, confessing that it’s more about catchy rhyming than culinary predilection.

While it will take a few more months for Waco to start slinging hash (if that tasty dish makes the menu), you don’t have to wait to purchase the YMF–5F, certified by the FAA in May, with a price starting at $648,300 for the floatplane variant of the YMF–5 Super (landlubber) version that starts at $489,600. Waco also sells a Great Lakes by Waco, starting at $269,250 for a factory-fresh version of that general aviation classic.

Editor-Web
Editor-Web Jim Moore joined AOPA in 2011 and is an instrument-rated private pilot, as well as a certificated remote pilot, who enjoys competition aerobatics and flying drones.
Go to Jim Moore's Profile
Topics: Seaplane, US Travel 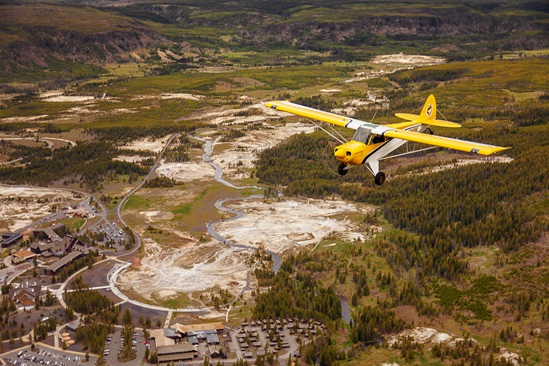