Get the app Get the app
Get the latest news on coronavirus impacts on general aviation, including what AOPA is doing to protect GA, event cancellations, advice for pilots to protect themselves, and more. Read More
Already a member? Please login below for an enhanced experience. Not a member? Join today
News & Videos New podcast debuts about drug smuggling pilots

“It was September the eleventh, 1985. It was midnight. And thousands of feet over the Great Smoky Mountains with Knoxville, Tennessee, below him, the pilot turned the Cessna away from the city and to the Southeast. He engaged the autopilot, opened the door, and jumped into the dark night—and into eternity.” 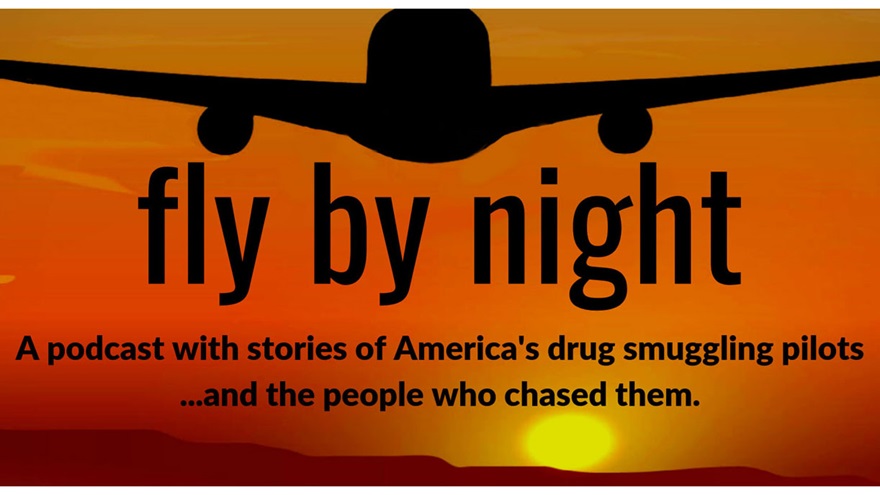 Courtesy of Fly By Night Podcast.
So begins the dramatic retelling of the story of Drew Thornton in episode 1 of Fly By Night, the new podcast about drug smuggling pilots and the people who chased them.

Fly By Night was created by Charles Stites, a contributor to AOPA publications, and the founder of Able Flight, the charitable group that provides scholarships to people with disabilities to pursue flight training. The first four episodes focus on Thornton and his fall from privileged Kentucky socialite to infamous drug smuggler who died in a spectacular fashion. Future episodes will feature other pilots and their incredible stories of smuggling.

Entertaining and well-written, Fly By Night is a great listen for pilots and aviation enthusiasts. You can find it on Apple Podcasts, Google Podcasts, and other popular podcast locations.