Get the app Get the app
Already a member? Please login below for an enhanced experience. Not a member? Join today
News & Media Just in time for Christmas: A Holiday Flying Festival

Just in time for Christmas: A Holiday Flying Festival

When aviators think of Sun 'n Fun in Lakeland, Florida, a "spring break for pilots" and the start of the summer flying season are what typically come to mind, not Santa Claus and Christmas. But 2020 hasn’t been a typical year.

Not to be deterred by the year’s sweeping cancellations of aviation events in the wake of the coronavirus pandemic, the leadership of the Sun ‘n Fun Aerospace Expo seized upon the holiday season and Florida’s mild early-winter weather to host what may turn out to be the largest aviation event of the year in the United States.

On December 4 and 5, an estimated 4,000 to 7,000 people converged for a socially distanced outdoor festival that drew together elements of fly-ins and local holiday events. While nearly 70 backcountry flying experts competed for the shortest landings on the Lakeland Aero Club’s grass airstrip, Santa and Mrs. Claus made their own arrival at show center in a Stearman PT–17 to collect Christmas wish lists from scores of eager children. More than 200 automobile enthusiasts displayed classic and muscle cars. A balloon glow accented a twilight airshow that featured the U.S. Air Force F–35 and F–16 Viper demo teams. Between exhibitor aircraft, warbirds, short takeoff and landing competitors, and attendees flying in from all over the region, approximately 350 aircraft arrived for the event, according to show officials. Aircraft camping sold out with 100 participants. For those coming just for the day, low IFR conditions on Saturday kept arrivals slow at first, but ceilings eventually lifted, presenting a beautiful cloudless sky for the STOL competition finals and the afternoon airshow.

On Saturday morning, Sun ‘n Fun Aerospace Expo President and CEO John “Lites” Leenhouts hosted AOPA President Mark Baker and Experimental Aircraft Association Chairman Jack Pelton for an engaging conversation about the state of general aviation in the midst of the pandemic. Questions submitted from the hundreds of pilots in attendance ranged from how GA is responding to the economic difficulties of 2020 to user fees, hybrid fuels, and improving GA safety. Much of the conversation centered on the future of aviation events, with each executive sharing his organization’s plans for 2021. The holiday event was seen as a precursor to next year’s Sun ‘n Fun Aerospace Expo that Leenhouts promised will take place in April 2021. Pelton also emphasized EAA’s commitment to hosting AirVenture 2021, and Baker explained AOPA’s plans to conduct a series of AOPA Pilot Gathering Air Tours to visit pilots at nearly two dozen events across the nation next year.

“General aviation is alive and well,” Baker emphasized during the town hall. “Aircraft sales are fantastic right now, people are doing flight training, flight schools around the country are busier than they’ve ever been…people are turning to general aviation more and more.”

“What’s really great about this event is that it’s the first time since March that I’ve been able to get out and be with people face to face,” said Jamie Beckett, AOPA You Can Fly Florida ambassador. “We’ve met members from all over, some great folks.” 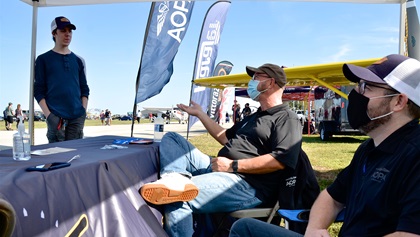 David Lyon of Zephyrhills, Florida, stopped by AOPA’s small aircraft display to share his progress in aviation since receiving an AOPA high school flight training scholarship several years ago. He has since logged 450 hours and is a serving as a certificated flight instructor at Posada Aviation in Zephyrhills. He has ambitions to take his flying experience to the mission field in the future.

Alan Salisbury of Lakeland, Florida, brought his family to look at the aircraft and to seek some advice. Salisbury, who recently joined AOPA, has yet to log any flight time in pursuit of his certificate, but is heavily involved in his ground school study and enjoys reading AOPA’s Flight Training magazine.

“Do you have any advice for me?” he asked. AOPA Senior Manager of Aviation Events Operations Phillip Johnson relayed his own story of flight training, encouraging the aspiring aviator to not become discouraged at the inevitable plateaus that come during the heaviest portions of training. 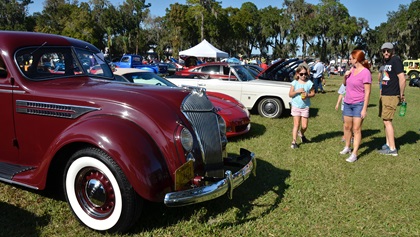 Fly-in organizers emphasized the outdoor nature of the event, which allowed attendees to spread out. Attendees were encouraged to practice appropriate health safety protocols.

“This event came about because obviously everything got shut down due to COVID-19,” said Greg Gibson, chief marketing officer for Sun ‘n Fun Aerospace Expo. “We started wondering what we could do to keep ourselves relevant and make sure our community had something they could participate in, for both our aviation community and the community of Polk County. Around September, things started looking favorable, and with the full support of the city and Lakeland Linder International Airport it has culminated in a very successful effort.”

Gibson indicated interest in continuing to host this holiday event in future years.

AOPA Senior Director, Outreach and Events
Chris began working for AOPA in 2013, but has been a private pilot and AOPA member since 2001. He flies VFR all over the country both for fun and as a part of his role leading AOPA events and regional fly-ins.
Go to Chris Eads's Profile
Topics: Sun n Fun 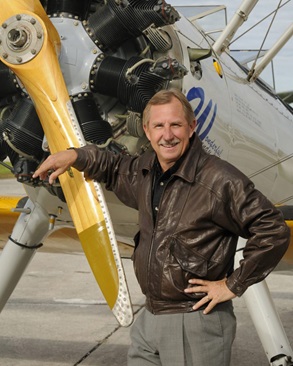 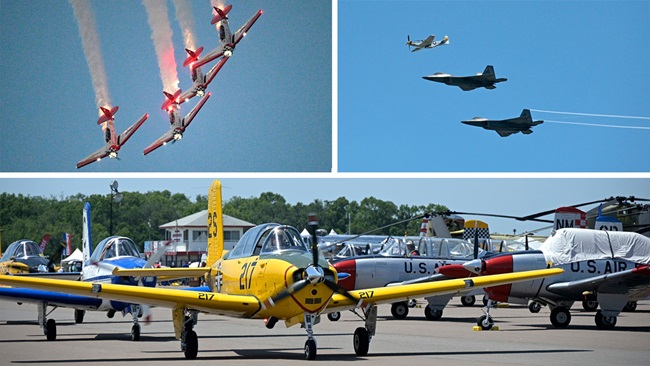 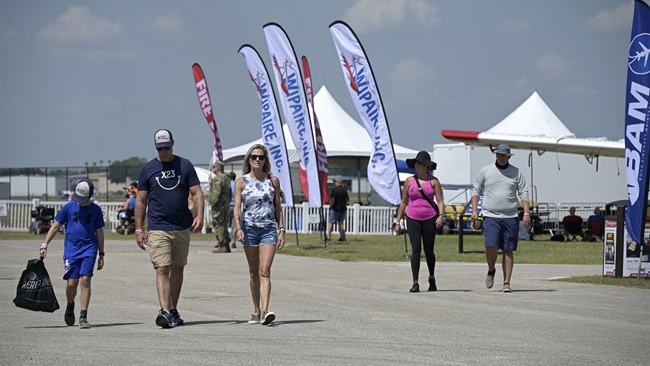