Get the app Get the app
Get the latest news on coronavirus impacts on general aviation, including what AOPA is doing to protect GA, event cancellations, advice for pilots to protect themselves, and more. Read More
Already a member? Please login below for an enhanced experience. Not a member? Join today
News & Videos Santa Barbara airport defends its parking fee policy

Editor's note: At the request of Above All Aviation, the section of this story that reports on the status of independent flight instructors operating at Santa Barbara Municipal Airport has been updated to make it clear that the issue was addressed in November, separately from the matter of transient parking at the airport, which the airport commission dealt with in October. 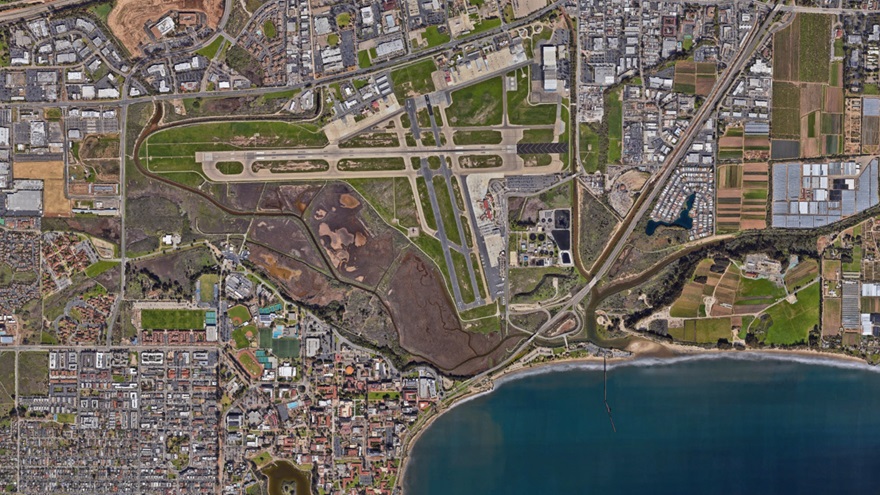 For the past few years, one of our top national advocacy priorities has been bringing transparency to the fees pilots must pay to FBOs at public-use airports. Part of that effort is to shine a light on some FBOs’ practice of imposing a facility-use charge even if an aircraft operator requires no FBO services.

We launched the FBO-pricing disclosure action in response to complaints from members, and are working in cooperation with the industry, regulators, and community leaders to ensure that public airports provide fair pricing and access to all aircraft and pilots.

In October 2019, Santa Barbara Municipal Airport’s commissioners voted to approve a staff report that maintained the FBOs’ control over GA parking—leaving visiting pilots with two options: Pay a handling fee or purchase some amount of fuel.

In taking the action, the airport officials dismissed acting on a plan put forward by airport commission member Carl Hopkins, an AOPA member who owns an aircraft based at Santa Barbara, that would have reserved some existing ramp space for aircraft that did not need to do business with the FBOs.

We objected to the airport’s assertion that the action was “consistent” with our “campaign targeted at reducing the cost of flying” and improving visiting aircraft access to airports. We also requested an explanation of why Hopkins received no notice of administrators’ intention to act on the parking issue until just before the October meeting—when, according to Hopkins, he received a copy of the report from the airport director, Henry Thompson.

In a December 18 phone interview, Deanna Zachrisson, the airport’s business development manager, said the decision to keep parking and fee discretion with the FBOs does not mean that Santa Barbara Municipal Airport wants to discourage general aviation activity.

“It is a tough balance,” she said. “The resources are just not there. Some things you have to delegate to others.”

The staff report asserted that transient parking “legitimately belongs to FBOs who are better positioned to manage it and mitigate the associated risks. Staff will pursue efforts to ensure this objective through new FBO agreements and partnerships.”

However, we have pointed out that that unlike FBOs, airport sponsors (administrations) have a direct legal responsibility to ensure fees are reasonable.

We also criticized the commission’s acceptance of the report without a period of public comment and urged the panel to “address the concerns of its pilot community who have voiced several legitimate options for sponsor controlled transient parking areas at SBA.”

In effect, wrote AOPA Western Pacific Region Manager Melissa McCaffrey on October 16, FBOs that are granted sole control of such facilities at the nation’s airports “hold a monopoly on GA parking and can charge accordingly.”

“In some cases, this has led to unreasonable fees that are often obfuscated from the customer until they are charged. As such, AOPA is encouraging airports nationwide to establish and clearly label transient GA parking,” she wrote, noting that AOPA and five other aviation organizations had published the fee transparency reference guide Know Before You Go that encourages FBOs to make their fees available online.

Hopkins expressed frustration that the airport director has refused to share with the Transportation Security Administration for security review—as required at commercial-service airports—the plan he drew up for a transient aircraft parking area.

With leases for the airport’s two FBOs, Signature Flight Support and Atlantic Aviation, set to expire in May, the time is right to institute non-FBO-controlled parking, Hopkins said.

Thompson declined an AOPA interview request, referring us to Zachrisson, but he made known his view of Hopkins’ position: “The opinion of a commission member is just that, his opinion, and is not the official Airport Commission position. I have no intentions of taking this matter to the Transportation Security Administration (TSA) for consideration as this is a local issue driven by local concerns including security, liability and financial impact,” he said in a December 9 email.

In light of the stand the airport officials have taken, on January 9 AOPA sent a letter to City Administrator Paul Casey, requesting that he direct Thompson to “provide sponsor-controlled transient GA aircraft parking by retaining control of a portion of the large parking ramp on the northwest corner of the airport (currently leased to commercial entities).” AOPA also requested that the airport adopt FBO lease provisions to “make their ramp fees transparent to pilots, including parking, infrastructure, handling, and security fees.”

Zachrisson noted that the future of the FBO leases would be taken up as part of a review of airport facilities “from the bottom up”—a process that might result in smaller FBO “footprints” and a streamlining of their operations back to their core functions.

Meanwhile, commercial aviation at Santa Barbara is growing, she said, noting that the airport expected a record month in December 2019 and looked forward to announcing its first year of serving more than one million passengers, she said.

She added that although the airport administration opposed establishing airport-controlled transient GA aircraft parking, officials have enough leverage over its FBOs to prevent anyone from “doing something egregious.”

McCaffrey said she hoped that airport administration would be more transparent in its future actions on the issue and allow open discussion of alternatives.

“We will continue to encourage the city to adopt a plan that would allow space separate from the commercial FBOs on the field that could be used for transient GA parking,” she said.

Several weeks later, Santa Barbara Municipal Airport’s policies were back in the spotlight when the airport administration addressed a complaint from Above All Aviation, a flight school and airport tenant, that independent flight instructors operating on the airport amounted to unfair competition.

Following a November 20 newspaper report that said $17 million in airport improvement grant funding hung in the balance, Thompson was said to favor modifying the airport’s rules to address the problem, describing it as a “compliance issue.” The airport commission followed up by authorizing the administration to revise policies to protect the airport’s grant funding.

“We had to do something to make it more fair,” she said, adding that several independent instructors were essentially running businesses without having physical premises on the airport, while paying the airport a nominal permit fee of $200 a year.

AOPA’s letter to city administrator Casey also addresses this issue, requesting that airport officials be required to ensure that independent commercial activities are not unjustly discriminated against.