Get the app Get the app
Get the latest news on coronavirus impacts on general aviation, including what AOPA is doing to protect GA, event cancellations, advice for pilots to protect themselves, and more. Read More
Already a member? Please login below for an enhanced experience. Not a member? Join today
News & Videos ADS-B off to smooth start

The FAA’s long-anticipated ADS-B Out mandate took effect on January 2, and by all accounts the formal implementation of the new aircraft surveillance technology appears to be going well. 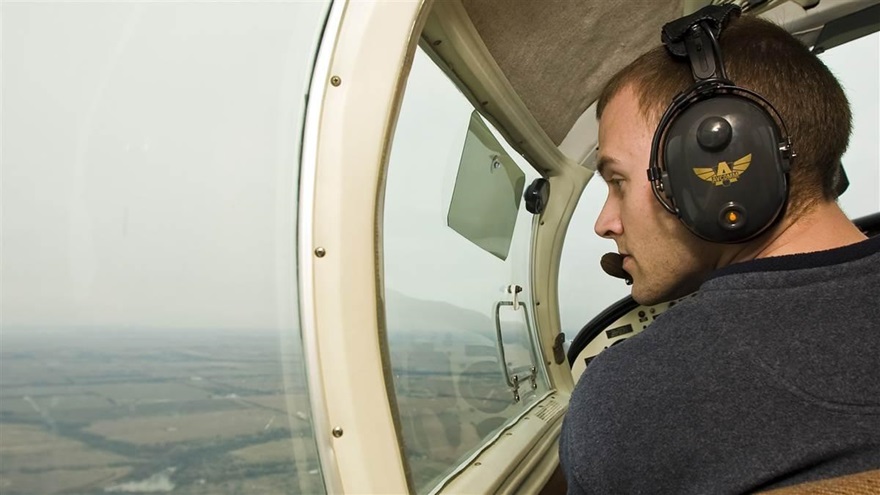 The FAA’s ADS-B Out mandate took effect January 2, and the transition is going smoothly. The FAA remains focused on pilot education, and the eventual transition from compliance to enforcement will be gradual. But it’s taking one area very seriously. Photo by Mike Fizer.

About 120,000 U.S. civil aircraft were equipped when the mandate kicked in, said Jim Marks, the ADS-B focus team lead for the FAA’s Flight Standards Service, on January 28 at HAI Heli-Expo 2020 in Anaheim, California.

“The rollout of the ADS-B mandate is going well for our members, and the FAA is definitely taking a soft approach, which is thanks to our advocacy leading up to 2020,” said Rune Duke, AOPA senior director of airspace, air traffic, and aviation security. For example, he said the agency remains focused on successful implementation of the mandate and is working with aircraft owners to resolve any ADS-B equipment performance discrepancies. Duke also said pilots are reporting that the FAA’s ADS-B Deviation Authorization Preflight Tool, or ADAPT, is working well and that the majority of requests for authorization to fly nonequipped aircraft in ADS-B rule airspace are being approved.

Marks said the FAA continues to prioritize problems with ADS-B, giving the highest priority to aircraft that broadcast hazardous information, and working with operators to correct issues.

“We actually had a ground stop at [Washington] Dulles Airport a couple of years ago for an RJ with kinematics,” a problem where ADS-B transmits erroneous position information. “It was so bad, we didn’t know where it was,” he said. “Trust me on this, if [your ADS-B] is doing anything really, really bad, your phone will ring pretty fast.”

Duke said the FAA has indicated that ADS-B compliance issues will be handled on an evolving basis, and that we’re at the very beginning of that process. The FAA is focused on pilot education and assisting pilots. The transition from compliance to enforcement will be gradual, he added, but the compliance philosophy will be utilized.

A recent update to FAA Order 2150.3C, the FAA Compliance and Enforcement Program handbook, includes matrices for inspectors to use in determining “appropriate” sanctions for an alleged ADS-B infraction. The one area where Duke expects the FAA to be serious from the start involves intentionally turning off an ADS-B system when an exception does not apply. According to the handbook, “operating an aircraft without activated transponder or ADS-B Out transmission (except as provided in FAR 91.225(f)) for purposes of evading detection” will generally warrant certificate revocation.

Other sanction guidance is assigned severity level one, two, or three, depending on whether the failure to comply with ADS-B Out rules resulted in “technical noncompliance,” a “possible effect on safety,” or a “likely effect on safety.”

Civilian aircraft can turn off their ADS-B Out only if specifically instructed to do so by ATC, or if they are the non-lead aircraft in a formation flight, Duke said.

Regulations as operationally complex as the ADS-B rules can be rife with unintended consequences, Harrison added. “The warbird community had the foresight to identify issues that ADS-B could present in formation flight, and AOPA was able to help address it with the FAA. I expect the general aviation community will encounter unanticipated scenarios involving ADS-B challenges. AOPA encourages pilots who encounter challenges involving ADS-B to contact us and share the details, so we can identify and address issues on a system-wide basis.”

In certain cases, a waiver or exemption could be used to address an unusual situation, and AOPA is able to assist members with these processes.

Harrison said that the best thing a pilot can do is be informed. “AOPA’s robust online ADS-B resources for pilots are impressive,” she said. Any ADS-B questions not addressed there can be directed to our Pilot Information Center.