Get the app Get the app
Get the latest news on coronavirus impacts on general aviation, including what AOPA is doing to protect GA, event cancellations, advice for pilots to protect themselves, and more. Read More
Already a member? Please login below for an enhanced experience. Not a member? Join today
News & Videos NTSB determines helicopter likely struck drone

Forensic analysis and crew reports led the NTSB to determine that a December 2019 incident that forced a news helicopter to make a precautionary landing in Los Angeles had most likely collided with a drone, which would bring to six the number of highly probable or confirmed drone strikes in U.S. airspace. 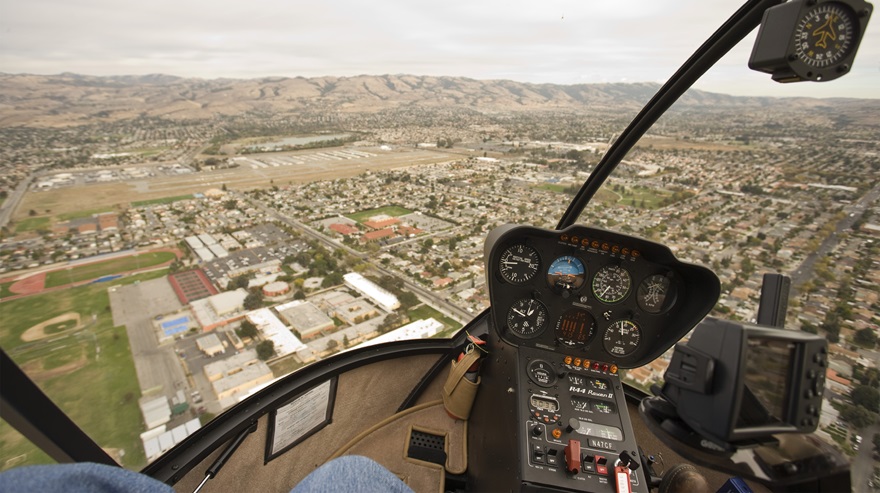 Research has demonstrated that small unmanned aircraft are very difficult to spot from a cockpit. Photo by Mike Fizer.

None of the suspected or confirmed incidents involving drones striking other aircraft that have been investigated by the NTSB to date have resulted in injuries or substantial damage to the manned aircraft involved, the board noted in a report published June 29 detailing its investigation of a drone strike reported by a news helicopter crew flying over Los Angeles on December 4, 2019.

The reported collision happened in Class G airspace, and it was not clear whether the unmanned aircraft system had violated regulations including the 400-foot altitude limit imposed on commercial and recreational drone operations. The NTSB noted that the helicopter was at 1,100 feet agl at the time of the impact, but was close enough to downtown Los Angeles that nearby structures may have been high enough to allow a legal drone flight. (Federal aviation regulations allow drones to fly up to 400 feet above a structure, provided it remains within 400 feet laterally of the structure.)

The collision took place at night, though that, too, does not rule out a legal drone flight if the remote pilot in question had a valid waiver for FAR Part 107.29.

Police did not find any evidence of the drone involved in this incident, and the UAS was probably destroyed. Dents and scuff marks on the helicopter’s horizontal stabilizer (near the tail rotor), and a gouge in one of the tail rotor blades, were found to be consistent with the results of simulated drone impacts on aircraft assemblies. No evidence of biological material was found in the damaged area of the helicopter, effectively ruling out a bird strike.

While the NTSB has fielded many reports of drone collisions with other aircraft, drone involvement has been ruled out in most cases. Notable exceptions include a 2017 collision with a U.S. Army Black Hawk helicopter patrolling New York City, an incident in which the DJI Phantom 4 had been flown far beyond the operator’s visual range.

In a 2018 incident over Driggs, Idaho, a drone flown by an inexperienced recreational pilot hit a hot air balloon, but did not damage the balloon.

In February, a helicopter flying over Johnson Valley, California, collided with a drone while both aircraft were involved in filming an off-road race. The helicopter’s windscreen was damaged, but there were no injuries to passengers or crew. This incident appears to hold the distinction of being the first known collision between a manned aircraft and a drone flown by a certificated remote pilot operating under Part 107.

The NTSB report released June 29 on the Los Angeles incident in December also notes two other suspected drone collisions, one in Hawaii in February 2018 that took place at 2,900 feet msl, and another in Aurora, Oregon, on May 2018, when a Cessna 170 pilot reported hitting an object at 2,000 feet. Drones were likely involved in both cases, though neither small unmanned aircraft system was found, so investigators were unable to conclusively determine a drone was involved.

While actual collisions remain rare (despite the proliferation of drones in recent years), there have been troubling near misses including one involving the U.S. Navy Blue Angels. Aviation safety advocates have expressed concern about mounting evidence that a number of drone operators break the rules, particularly restrictions on flying sUAS in controlled airspace, or above the 400-foot altitude limit. Electronic surveillance of controlled airspace conducted by researchers has found that some number of drones are frequently flown beyond the regulatory limits designed to keep all aircraft safely separated.

Other research has found that the worst-case scenario could lead to a fatal accident if a UAS strikes a critical structure at high velocity. 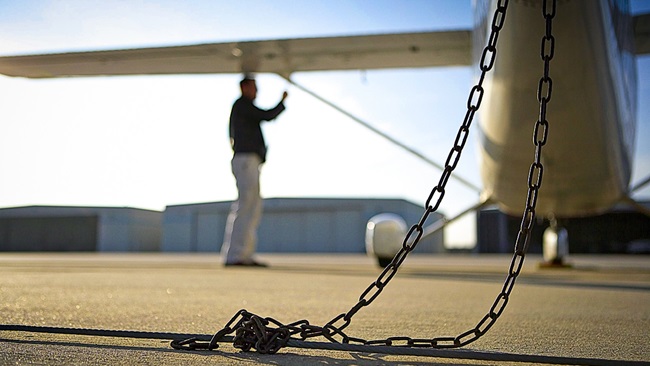 Accident Analysis: How long 'has' it been?