Get the app Get the app
Get the latest news on coronavirus impacts on general aviation, including what AOPA is doing to protect GA, event cancellations, advice for pilots to protect themselves, and more. Read More
Already a member? Please login below for an enhanced experience. Not a member? Join today
News & Videos Former Phillies pitcher, CFI Tyson Brummett dies in Utah airplane accident 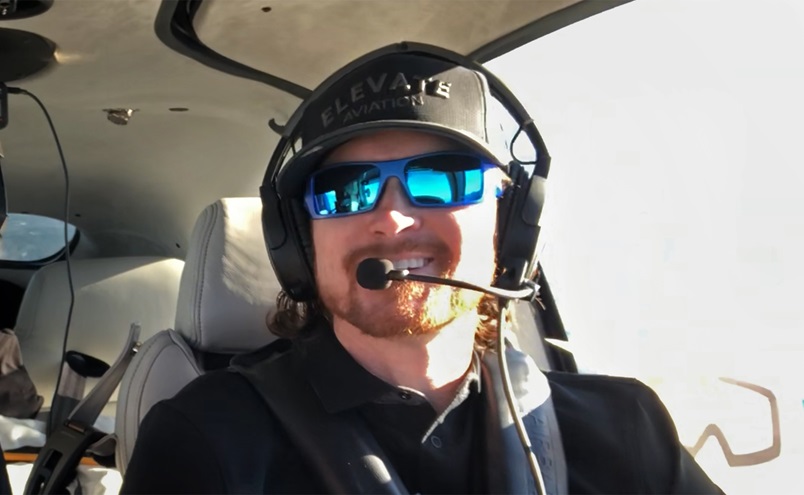 Brummett, 35, a CFI who turned to aviation after his professional baseball career, was recently featured in an AOPA article about his role with Goggles for Docs, a grassroots nonprofit that gathered and airlifted ski and snowboard goggles to help protect doctors on the coronavirus front line.

He and a fellow flight instructor from Utah flew the eye protection to California medical workers who were treating COVID-19 patients. The group collected more than 38,000 pairs of goggles from the end of March through early May when personal protective equipment was scarce. “It's amazing the places aviation can take us and the impact we can have when we help others,” he said at the time. Health professionals from around the country shared their support for the mission.

The Philadelphia Phillies drafted Brummett in 2007. The right-hander made his Major League Baseball debut during a 2012 game, but he spent most of his career in the team’s minor league affiliate organization. On July 4 the Phillies tweeted “heartfelt condolences” to the family and friends of the former pitcher, and “three members of the Ruegner and Blackhurst families, who tragically passed away in a plane crash.”

On the morning of the accident, a hiker saw the aircraft flying near Box Elder Peak, a rugged area in the canyons near Salt Lake City favored for panoramas. Eyewitness Gregg Rawlings said the airplane “corkscrewed maybe one and a half, two times and went below the tree level,” CBSPhilly.com reported.

All four aboard the aircraft were killed, according to multiple news reports. Utah television station KSTU noted that the crash occurred in steep terrain at an elevation of 8,500 feet in American Fork Canyon. Rawlings ran to the scene with his sons and then climbed farther up a mountainside to get a cellphone signal to alert authorities.

The NTSB tweeted that it was investigating the crash but was not traveling to the scene “at this time.”