Get the app Get the app
Get the latest news on coronavirus impacts on general aviation, including what AOPA is doing to protect GA, event cancellations, advice for pilots to protect themselves, and more. Read More
Already a member? Please login below for an enhanced experience. Not a member? Join today
News & Videos Kodiak AD requires nosegear inspection

The FAA revised some elements of an airworthiness directive first proposed in 2018 and applicable to Daher (formerly Quest) Kodiak 100s with a particular nose landing gear fork that has been known to crack. 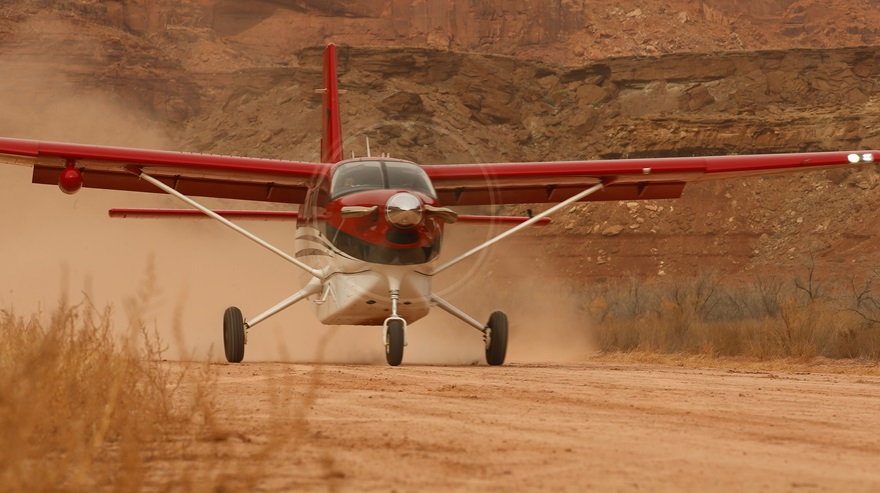 The AD gives owners up to 25 hours time-in-service after August 17 to complete an initial inspection to determine which of these two parts is installed, and requires inspection of any “type A” NLG assembly for fatigue cracks. (Aircraft that already have a “type B” NLG assembly are exempt from the requirements of this AD, and no further action is required.)

Fatigue cracks known to have developed in the type A NLG fork can cause the nosewheel to separate, particularly when operating on unimproved runways, as Kodiaks often do, and that can cause the aircraft to overturn, the FAA noted in the final rule.

Replacing the NLG fork is estimated to cost $7,342 per affected aircraft. Inspecting the assembly for fatigue cracks using approved methods is estimated to cost $340 per inspection, with additional costs to inspect related equipment including the shimmy damper system. The FAA estimates that the AD affects 116 airplanes in the U.S. registry.

Operators and Quest Aircraft, the original owner of the type certificate (Daher purchased Quest, and the type certificate, in 2019), requested several changes to reduce the cost of compliance. The FAA agreed to extend the interval to 200 hours time-in-service, but found there is insufficient evidence to support a longer interval. The FAA also acknowledged concerns expressed by two operators about the cost of inspecting the assembly for fatigue cracks using fluorescent penetrant, dye penetrant, or eddy current inspection; however, the agency determined that the prescribed methods are the most cost-effective means of achieving safety.

“The dye penetrant kits are available from several sources,” the FAA noted. “Under the provisions of paragraph (l) of this AD, operators may request approval of an AMOC for a different inspection method if that method provides the same or higher level of crack detection.”