Get the app Get the app
Already a member? Please login below for an enhanced experience. Not a member? Join today
News & Media DeLaurentis overflies North Pole

Robert DeLaurentis, the “Zen Pilot,” author, and AOPA Opinion Leaders blogger who has been on a quest to overfly both the South and North poles since last November, completed the task July 10, flying over the North Pole on a flight leg marred by system malfunctions and challenging weather. 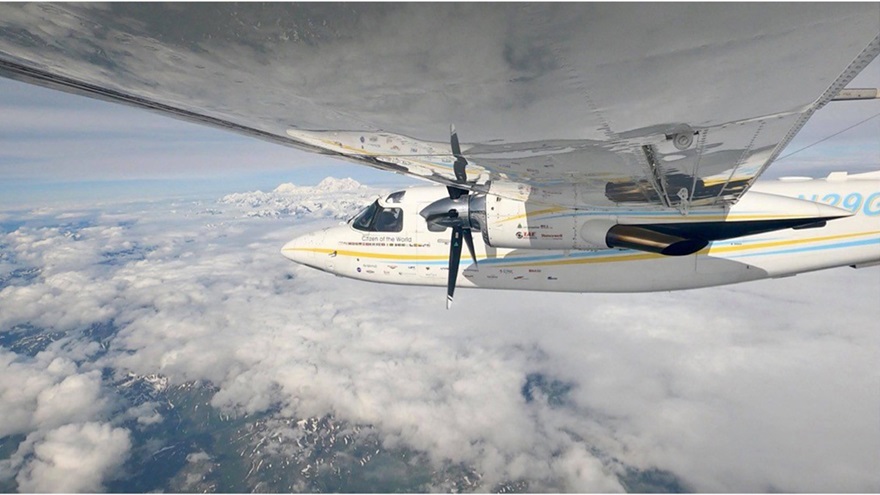 DeLaurentis, who had claimed the South Pole on December 16, checked in with supporters on social media from Fairbanks, Alaska, moments after completing an 11-hour leg of flying his modified Aero Commander twin “from Northern Sweden over the True North Pole, the magnetic North Pole and the North Pole of Inaccessibility (the Arctic ice furthest from any land mass).”

Challenges cropped up two hours into the polar push above a solid overcast that was forecast to persist until Alaska when communication became difficult on both his HF radio and satellite phone—with hours of overwater flying ahead. As DeLaurentis neared the North Pole his dual flight management systems/GPS units began failing in the absence of a satellite signal.

However, “My autopilot would still hold in heading mode so I made the adjustment and continued on my way using my iPad,” he wrote to AOPA.

Just a few miles from the North Pole at 30,000 feet, one of his attitude and heading reference systems went offline, quickly followed by the autopilot malfunctioning.

Systems-glitch torments continued for several hours. “When the systems came back online at the coast of Alaska they acted like the bad school kid who misbehaves when the teacher is out of the room and then reverts to being the perfect Angel when the teacher returns,” DeLaurentis wrote. “I realized that the issue was the lack of satellite signal, not that the systems weren’t working.”

Having faced down the navigation problems, now the weather became uncooperative. With his destination in Alaska, Prudhoe Bay, socked in, he was forced to push on to Fairbanks, taking advantage of the Commander’s extended fuel-carrying capacity.

DeLaurentis said it was “hard to put into words” how he felt on landing in Fairbanks, where a pizza lunch awaited him, and he was joined by a film crew that has been recording his earthrounding adventure.

DeLaurentis embarked on the polar flight in the aircraft named Citizen of the World to focus attention on science, technology, engineering, and math education, and to promote awareness of general aviation. He has blogged extensively about the joys and challenges of the aviation projects he has planned and executed.

This spring, when faced with an unplanned extended stay in Spain because of travel restrictions associated with the spreading coronavirus pandemic, the experience prompted him to urge pilots to do everything they can to mitigate the spread of COVID-19.

DeLaurentis is a veteran of numerous long-distance flights in GA aircraft. In 2015, he logged a circumnavigation by a nonpolar route.

AOPA ePublishing Staff editors are experienced pilots, flight instructors, and aircraft owners who have a passion for bringing you the latest news and AOPA announcements.
Go to AOPA ePublishing staff's Profile
Topics: People, Travel, Around the World Flight