Get the app Get the app
Get the latest news on coronavirus impacts on general aviation, including what AOPA is doing to protect GA, event cancellations, advice for pilots to protect themselves, and more. Read More
Already a member? Please login below for an enhanced experience. Not a member? Join today
News & Videos Diamond DA40 fuel hose deterioration prompts AD

Owners of an estimated 737 Diamond DA40 aircraft (various models) in the U.S. registry will need to inspect their fuel tanks for the deteriorated remains of a rubber fuel hose, according to an airworthiness directive published July 15, effective August 4. 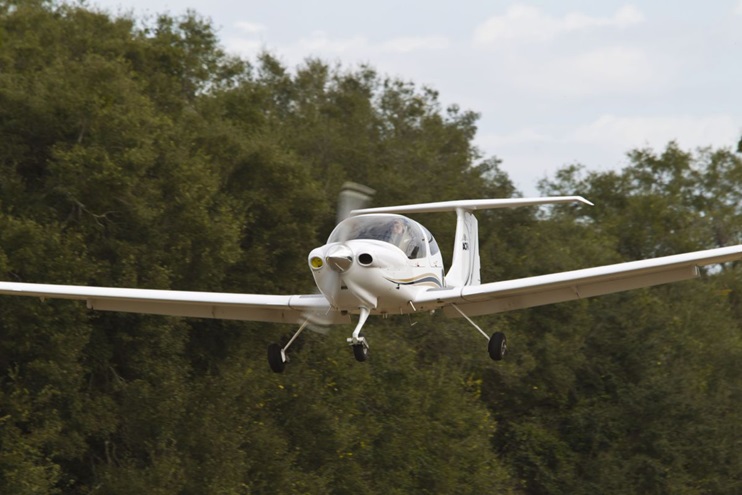 The FAA invited public comment on the AD,  which allows up to 100 flight hours after August 4 to complete the required inspection and replace the fuel hoses. The AD applies to Diamond Aircraft Industries models DA40, DA40F, and DA40NG airplanes, and addresses an unsafe condition—deterioration of the rubber fuel tank connection hoses—that could restrict fuel flow and starve the engine.

The FAA set an August 31 deadline for comments on the AD, which follows similar action by Transport Canada, which issued its own AD in October 2019. The FAA estimated the cost of compliance at $1,408 per airplane, including 16 hours of labor and $48 for the required replacement fuel hose. The AD notes that Diamond has received reports of fuel tank contamination with fragments of the deteriorated hose. Some of the affected hoses were original, others sold as replacement parts. Diamond previously issued mandatory service bulletins, and the AD requires compliance with those bulletins.

The DA40 trainer first flew in 1997 and remains a popular training aircraft, with 2019 sales matching those of Textron Aviation’s Cessna Skyhawk, according to data from the General Aviation Manufacturers Association.