Get the app Get the app
Already a member? Please login below for an enhanced experience. Not a member? Join today
News & Media A bird James Bond might love

By request, a new niche for robotic ornithopters: Surveillance

Animal impostors with unblinking eyes may soon patrol borders, sensitive facilities, or other locations. These flying cameras are designed to blend in with the flock. 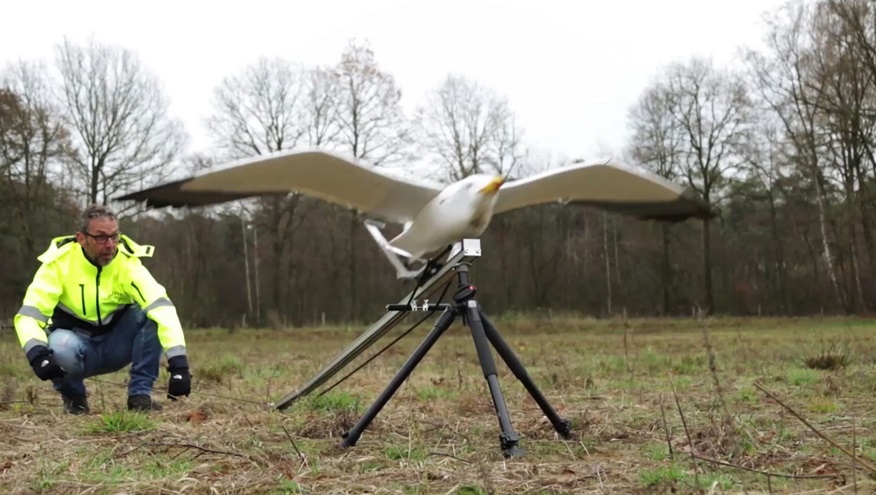 Soon, it may be hard to tell if that circling gull, hawk, or eagle is out for a meal, or patrolling the perimeter of a secure activity, or tracking poachers.

The Drone Bird Co., based in the Netherlands, already has a few feathers in its cap after years of successfully dispersing pest bird populations using remote-controlled flapping drones dressed as predator peregrine falcons. Biomimicry—engineering artificial versions of animals that mimic the behavior or capabilities of those animals—is the scientific term.

Why? Because according to one video, the damage inflicted by birds costs the Dutch agricultural sector alone tens of millions of dollars annually. A more significant threat, however, is the presence of birds in close proximity to airport environments. Pilots (and nonpilots who have watched Sully a time or two) know the potential results of bird collisions with aircraft.

Luckily, many birds have an innate fear of larger, faster (and hungry) predators like falcons. They scatter in the presence of such a “natural” predator, in this case one guided by a trained pilot.

Falconry, using real birds with human handlers, is effective but has its limitations according to The Drone Bird Co.’s CEO Jan-Willem van den Eijkel, who shared insight in a recent online conversation. You can’t guarantee their use is completely safe, controlled, and efficient, especially in complex airspace. Robotic birds, on the other hand, are completely controlled by the operator, and don’t need food or training. The mechanized ornithopters (deriving propulsion and flight from flapping wings) can also target specific birds and actually herd them away since the attacks are nonlethal by design.

The key is to not allow unwanted birds to habituate, or catch on to the ruse and become complacent. They tend to get used to the more common bursts of noise or scarecrow-type traditional bird hazing methods. We’ve all seen photos (and cartoons) of birds that rest comfortably atop scarecrows or fake owls, as if to mock them.

Drone bird pilots can mix up their attack strategy, ensuring that their techniques are effective, and unpredictable to the targets. Flapping drone birds have been used in Europe for years, and Canadian firm Aerium Analytics (which owns the rights to the wing-flapping RoBird) has logged more than 1,500 wildlife control flights in the United States. 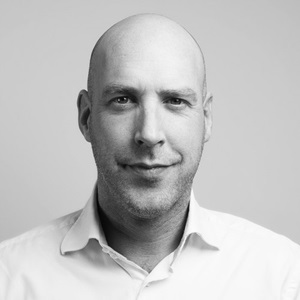 As van den Eijkel made the rounds demonstrating the flapping bird, police, military, and defense professionals wanted to know, “Could you put a camera in one of those birds?”

Van den Eijkel seized that interest as inspiration for a new member of the flock, recently introducing a fixed-wing, non-flapping surveillance drone bird called the AVES series (“aves” being Latin for “birds.”)

An additional motivational spark to produce the AVES series came from, of all things, the Bollywood movie Uri: The Surgical Strike, which featured one of the flapping birds. The film’s creators added some capabilities (hovering, high-res cameras) to the drone through movie magic, which once again spurred inquiries about what was possible in the surveillance arena.

“The AVES series is basically a very big fixed-wing bird whether it’s a gull, a hawk or an eagle,” van den Eijkel said. “You can make any shape, but the gull was the most ambitious because of the wing shape. If you look at the gull, you’ll see there is no tail or stabilizer, so to make it look like the gull and fly stably, we had to test and develop a lot.”

That work translated into placement of elevons and spoilers on the wings, which automatically keep the birds stable and free of uncontrolled yaw.

Referring to the intended surveillance missions, van den Eijkel adds, “We chose the wing span of over two meters or bigger because of course you want to carry some payload.”

As one might imagine with a surveillance drone, that could include thermal and visible spectrum cameras and telemetry gear. While the AVES series are designed to appear very similar to real birds, the bellies are modified slightly to make room for imaging devices and transceivers. 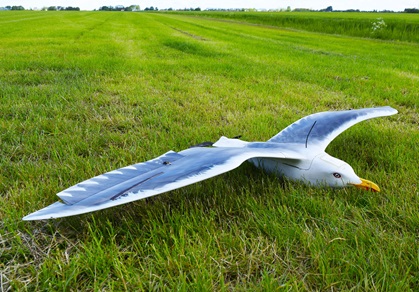 The AVES birds are constructed of composite materials for strength and light weight. As for flight skills needed, van den Eijkel says, “We’ve made it fairly foolproof and have developed a lot for the flight controller. We can basically fly it automatically on GPS points. Anyone can fly it.”

While no obstacle avoidance is present in any of the birds, they do have a return-to-home function, a form of geofencing, and other fail-safes common to many commercial unmanned aircraft systems.

When pressed as to whether or not a non-flapping bird calls attention to itself, van den Eijkel says no:

“You would really have to be an ornithologist or someone really interested in birds, staring at the sky for more than a minute. Who does that?”

He added that, since most of the company’s drone bird options are species that soar, it is very common to look up and just find them circling and riding thermals.

Gulls may be common, yet their species could still look out of place on some missions. That is why the AVES birds will all be custom orders, with four bird “chassis,” if you will, to choose from. These include gulls, hawks, storks, and eagles. Payloads can vary enough to drive delivery prices from 60,000 euros to 200,000 euros. The eagle is next on the production table for rollout.

One of the efforts van den Eijkel would like the AVES birds to support is the apprehension of elephant and rhino poachers in Africa. Thermal imaging from a near-silent drone bird overhead would pinpoint where poachers’ campfires are. “You could easily spot them from 150 meters,” he said.

These surveillance robots are very stealthy, hiding in plain sight and making barely a sound: “At 10-20 meters high, the sound signature is 10 dB, and at the minimum covert height of 50 meters, it is inaudible.” For reference, 10 decibels is barely a whisper and 30 decibels is a quiet conversation.

The AVES series uses pusher props of a size and frequency that are nearly invisible when spinning. The prop folds, so when not propelling the bird, it passes for trailing feet and reduces drag. (A new turn on feathering the prop?)

Van den Eijkel adds that the original flapping bird design used in bird hazing was not appropriate for the surveillance role, which requires longer flight times and increased payload capacity. AVES drone birds can remain aloft for 90 minutes, and can support the necessary payloads of sensors and gimbals without the requirement to accommodate mechanical flapping mechanisms.

The AVES birds are best launched from a rail setup, which delivers a more consistent experience than a hand launch. Landings do require some space, as any large RC fixed-wing aircraft might. Van den Eijkel admits that the landings need the most improvement at the moment, as options are limited to a long final glide or a circling approach that would require less space.

To learn more about The Drone Bird Co.’s avian-inspired endeavors and watch videos of the drones in flight, visit the company’s website and Vimeo channel. 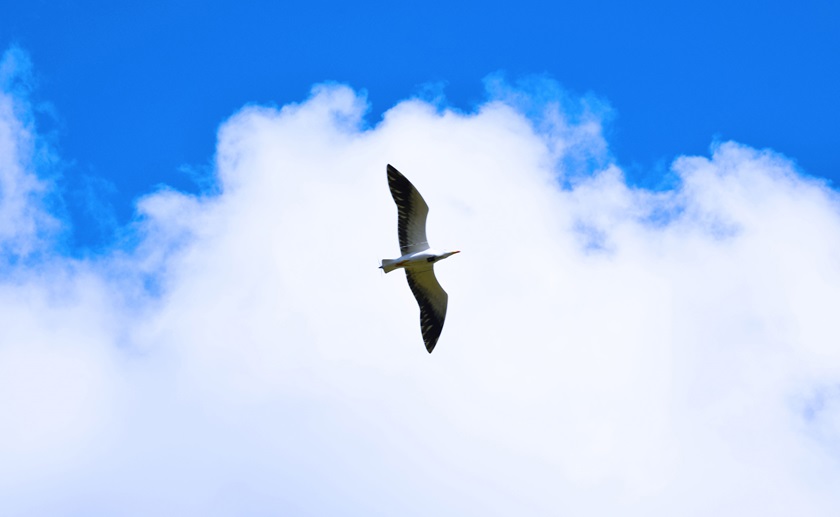