Get the app Get the app
Get the latest news on coronavirus impacts on general aviation, including what AOPA is doing to protect GA, event cancellations, advice for pilots to protect themselves, and more. Read More
Already a member? Please login below for an enhanced experience. Not a member? Join today
News & Videos Training Tip: The no-go heard 'round the world
Sponsored by Aircraft Spruce

It’s unlikely anyone second-guessed NASA and SpaceX for postponing the May 27 flight into orbit of two astronauts from U.S. soil for the first time since 2011 because of unfavorable weather only 17 minutes before launch time. 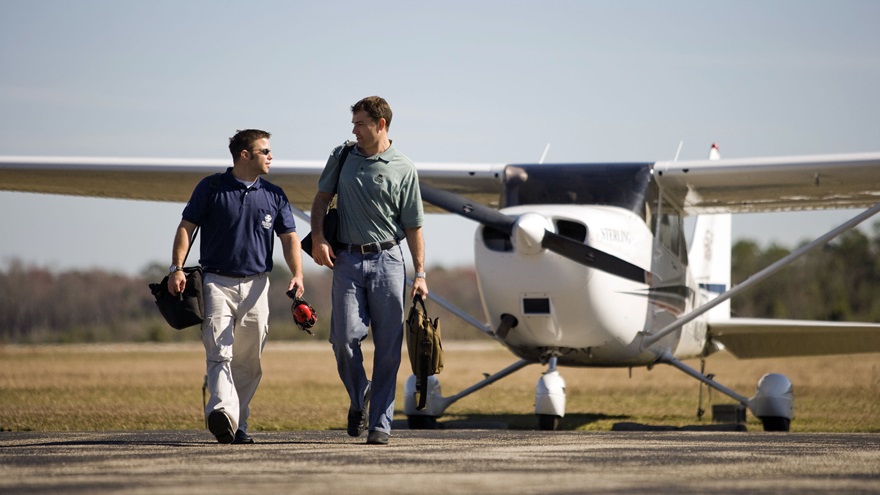 Don't give in to pressure to go when the better decision would be "no." Photo by Mike Fizer.

“No-go” was always part of the deal—even with VIPs and media observing and the eyes of the world trained on Launch Complex 39A at NASA’s Kennedy Space Center in Florida via the internet and social media. The rescheduled launch went off flawlessly May 30 followed 19 hours later with a docking in orbit with the International Space Station.

General aviation pilots can’t always count on such deference to their decision making about launching on a flight (or returning from one). Too often, pilots have capitulated to pressure to go when the better decision would have been “no.”

If you ever encounter pressure or criticism about calling off a discomfiting flight, that’s when it’s time to invoke the words of astronaut Doug Hurley, who after the SpaceX mission was scrubbed commented from inside the SpaceX Crew Dragon spacecraft, “We understand that everybody’s probably a little bit bummed out. It’s just part of the deal.”

For a student pilot, making most go/no-go calls is straightforward. Many no-go triggers have been set for you through weather or wind cutoffs prescribed by your flight instructor, and by regulation.

Even under that protective umbrella, student pilots discover that weather forecasting is imperfect, making it wise to plan for more wind, lower ceilings, and poorer visibility than forecast.

When you reach the stage of making unsupervised solos—still based on CFI-imposed limitations—the decision making ratchets up quite a bit. But it won’t be until after you pass the checkride that you experience the added responsibility of deciding for your trusting passengers; if it is going to be a long day’s flying or an overnight outing, make it clear up front that delays or cancellation are part of the deal.

That won’t stop everyone from working an angle to get you airborne when your better judgment opposes it—and it can be hard to push back if you observe other pilots heading out to their aircraft and departing.

But who knows what their pilot experience level is or whether their judgment is worth emulating?

As NASA Administrator Jim Bridenstine put it after halting the May 27 launch with just minutes left on the clock: “If we are not ready to go, we simply do not go.”