Get the app Get the app
Get the latest news on coronavirus impacts on general aviation, including what AOPA is doing to protect GA, event cancellations, advice for pilots to protect themselves, and more. Read More
Already a member? Please login below for an enhanced experience. Not a member? Join today
News & Videos Pilots fight to keep Indiana airport open

Hagerstown Airport in Wayne County, Indiana, is a treasured landmark and one of the state’s few remaining grass strips. But for those pilots who love to land on this turf, local officials want to turn this strip from a pleasure to a memory. 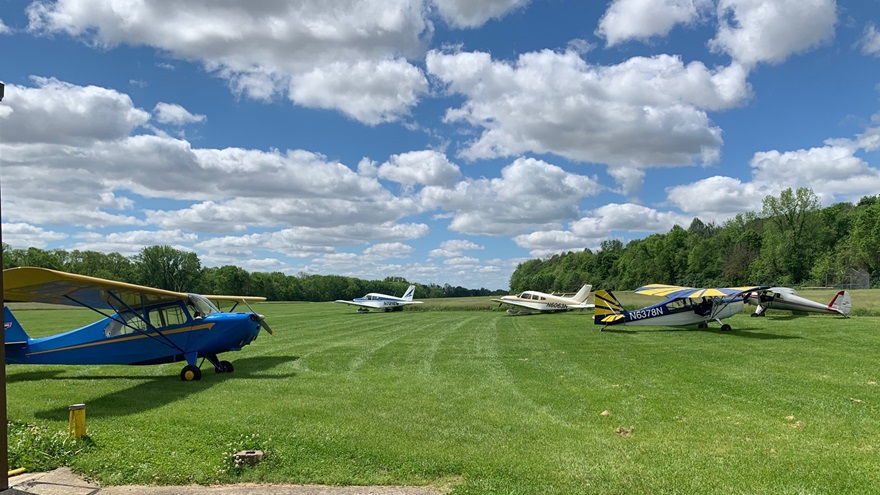 The airfield has recently come under fire by the Hagerstown City Council, which plans to repurpose the land—ultimately ensuring its closure. AOPA and local advocates are taking action.

Since 1957, Hagerstown Airport, better known to pilots as I61, has been a haven for flight training and a recreational paradise for pilots with its unique 4,000-foot turf runway. The publicly owned airport is also home to an active flying club, and it hosts an annual barnstorming event that draws thousands of visitors to the region.

The council has expressed concerns that maintenance is not being kept up on the field, and that the airport is not being used enough by pilots or the community. According to sources on the field, the council plans to repurpose the land for soccer fields, solar panel fields, and recreational areas. But AOPA, a local Experimental Aircraft Association chapter, and pilots are fighting to ensure the eastern Indiana airport remains open.

An online petition was created and in just a few days, it had garnered more than 7,000 signatures offering support. Those who had flown in to Hagerstown Airport were encouraged to share their stories through social media. One user posted a photo, writing, “This is my wife, we flew to Hagerstown during the Nulltown Fly-In last weekend. Landing on this grass strip helped her confidence SO MUCH in landing on grass. To lose such a great grass strip for training would be a HUGE loss for General Aviation.”

On May 30, a meeting informed members of the community of what is at stake should the council have its way.

“We’ve seen grassroots flying being pushed out of far too many communities across the country and we can’t let Hagerstown be the next to close,” said AOPA Great Lakes Regional Manager Kyle Lewis. “We hope to educate the Town Council on the value and importance of keeping this historic airfield alive.”

A vote is expected to take place in July. The local airport users will be asking for a delay of that vote to work out proposals to take to the council to resolve the financial issue while keeping the airport open.