Get the app Get the app
Get the latest news on coronavirus impacts on general aviation, including what AOPA is doing to protect GA, event cancellations, advice for pilots to protect themselves, and more. Read More
Already a member? Please login below for an enhanced experience. Not a member? Join today
News & Videos Washington DART delivers gear to health care workers

The Washington Disaster Airlift Response Team celebrated 10 years of emergency preparedness training by delivering more than 3,000 face shields to Walla Walla health care workers and followed up with canine airlifts that transported more than a dozen dogs from Mexico to their U.S. “forever homes” in Seattle. 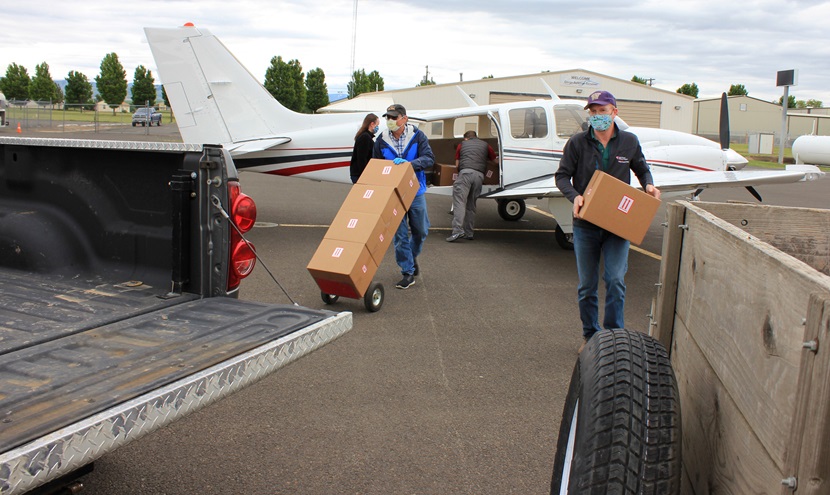 A contingent of aviators and other residents have trained yearly since 2010 to formulate a disaster plan in the event of a natural disaster such as an earthquake. Experts have predicted that the region is long overdue for what locals call “the big one.” In that scenario, violent shaking from an earthquake would last “approximately 100 seconds” and rattle downtown Seattle’s 18 buildings under construction that are “240 feet or taller.”

Their disaster training includes exercises where land-based and seaplane pilots combine their skills with the expertise of radio operators, logistics personnel, and others to ferry people and supplies from the area should an earthquake or other major natural disaster occur.

Several pilots flew supplies from California to the Pacific Northwest in their personal single- and twin-engine aircraft during a show of West Coast solidarity. The airlift mimicked how groups could help each other during another unplanned disaster, should the need arise.

“We are so appreciative of the collaboration and effort that went into delivering much-needed medical supplies to our community,” said Walla Walla County Emergency Management Director Liz Jessee. The department complimented the group of volunteers who recently delivered the protective gear to help medical workers on the front line of the coronavirus pandemic. 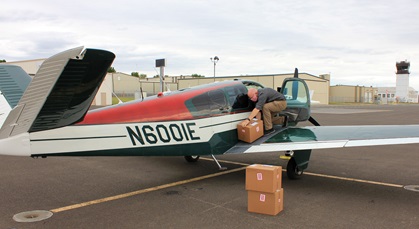 Herrington said he “cannot thank everyone involved enough” for the humanitarian effort that also combined valuable training procedures. “These supplies may very well help save lives in our community.”

Terry predicted that general aviation aircraft and pilots would be crucial during the first 30 days following a major West Coast earthquake before sufficient federal efforts ramped up. Time and again, GA pilots have risen to the occasion to deliver supplies or to help evacuate personnel from locations inaccessible to commercial airlines.

The Washington group typically drills with people who simulate various injuries or infirmities, but it added the delivery of 15 canines to its mission experience during airlifts from La Paz, Mexico, to adoptive families in Seattle. 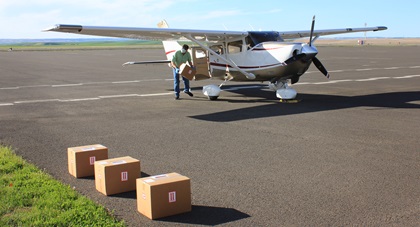 He said GA pilots were called upon when airlines couldn’t fly the dogs to the United States because of coronavirus travel restrictions. Pilots included Weller, who worked out a land-and-air plan after airlines scuttled scores of commercial flights. During three weekends in May, teams of volunteers associated with the training groups pooled resources with GA outreach organizations Aerobridge and Pilots N Pawsto support the communities.

“It’s the day the drills have been prepping for,” Terry said. “It's what the West Coast General Aviation Response Plan is about.” Terry recognized the many volunteers who participated during 10 years of training exercises that led to the moment that he predicted would become one “for the history books for our state.”