Get the app Get the app
Get the latest news on coronavirus impacts on general aviation, including what AOPA is doing to protect GA, event cancellations, advice for pilots to protect themselves, and more. Read More
Already a member? Please login below for an enhanced experience. Not a member? Join today
News & Videos Aviation Coverage Considerations
Created by AssuredPartners Aerospace

2020: destructive storms, the corona virus, economic impacts. The aviation community is not immune. Now is the time to review your insurance coverage, to ensure you have the proper coverages in place. 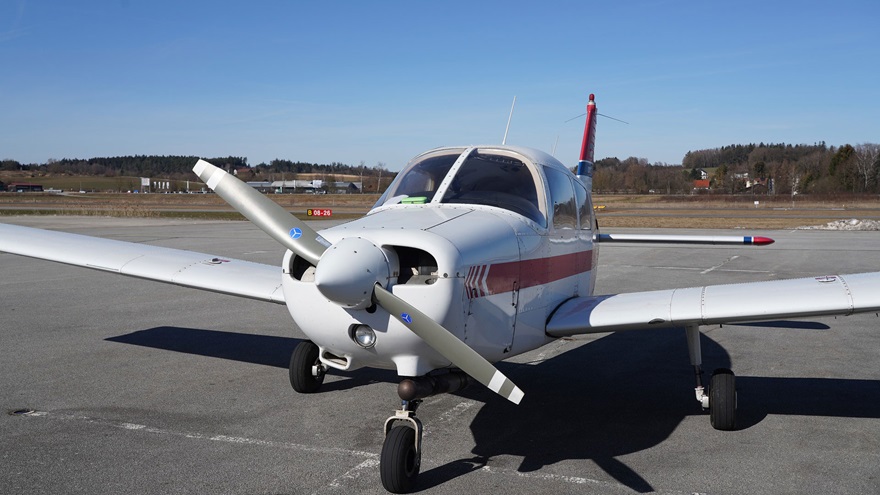 2020 has been a year the aviation community will not soon forget, and we’re not even halfway through. In January, we started hearing about something called the coronavirus, though even through February we weren’t entirely sure what to make of it. Then came March roaring in like a lion, tearing through the John C. Tune Airport in Nashville, and leaving a path of destruction akin to a Michael Bay film. That was followed by similar events in Jonesboro, AR; Monroe, LA; Walterboro, SC; and most recently Lebanon, MO. March and April also gave us a further education on the devastation the coronavirus would have on people and economies around the world, and likely found most airplanes spending a bit more time in the hangar.

As we labor through these destructive forces of nature, now is a good time to review your insurance policies to ensure you have the proper coverages in place. Consider the following situations that may arise during storm season.

When dealing with perils such as tornadoes, or perhaps looking ahead to the fall hurricane season, aircraft physical damage coverage is of primary concern. In these situations, an aircraft owner’s aircraft hull policy will always be the first line of recovery when a loss occurs. Properly valuing the aircraft on the policy will ensure the best outcome in a claim, particularly when heavy damages are sustained. Low hull values lead to undervalued total losses, while an overstated value can invite unwanted downtime with extensive, time-consuming repairs. Consult with your broker on the availability of coverage for additional items like headsets or portable GPS units that are also susceptible to damage or disappearance in a storm.

The FBO’s Coverage…It Is Not Coverage for You

When a large airport or FBO hangar suffers major damage in a storm or tornado, along with the planes stored inside, inevitably we find an aircraft owner with no hull coverage who presumes the FBO’s liability insurance will pay for their damages. Tornadoes, earthquakes, hurricanes, and other severe weather are considered an “Act of God,” whereby liability cannot be assessed against any person or organization. In these instances, everyone takes care of their own property and damages through the insurance policies they have in place. If you do not have a first-party insurance policy, you may find yourself with no coverage at all. Never rely on someone else to provide the coverage that you need to protect your assets.

The 2019 hurricane season brought us 18 named storms and six hurricanes, two of which reached Category 5 status, and causing massive destruction in the Bahamas. The 2020 season (officially June 1 to November 30) has a similar outlook. Six weather agencies have released predictions, which range from 15 to 22 named storms and seven to 11 hurricanes, with three to five of those being major. It obviously remains to be seen if, or where, those storms will strike, but aircraft owners throughout the Caribbean and Southeastern United States should all be prepared for the worst.

Hurricane relocation coverage has become common on general aviation aircraft insurance policies in the last decade, and the coverage is similar across the available insurance policies. The provisions normally state that if the insured aircraft is based in a location that is under a hurricane watch or warning, the insurer will pay 50% of the cost to relocate the aircraft to a place at least 100 miles away for safe keeping. The reimbursable costs include fuel, oil, hangar or tie-down fees, and a hired pilot if needed, and the reimbursement is usually capped at $500. Many aircraft owners are disappointed to find that hotels, meals, and rental cars are not covered, or that the other expenses are not covered 100%.

Take a look at the coverage you have in place and reach out to your broker with any questions you have or any shortcomings you find. Most insurers will not amend coverage on a policy based in the path of an approaching hurricane, so the time for change is now. AssuredPartners Aerospace is adept at interpreting policy language in aircraft insurance policies. Email us, call 800.622.2672 or visit to discuss how we can help you protect your aircraft on the ground and in the air.