Get the app Get the app
Get the latest news on coronavirus impacts on general aviation, including what AOPA is doing to protect GA, event cancellations, advice for pilots to protect themselves, and more. Read More
Already a member? Please login below for an enhanced experience. Not a member? Join today
News & Videos AOPA calls for more clarity on prohibited drugs

Access to more information can help pilots make better decisions regarding which medications are safe, education that is especially important on the heels of an NTSB report suggesting there is an uptick in traces of certain medicines and drugs found in pilots who have died in accidents. 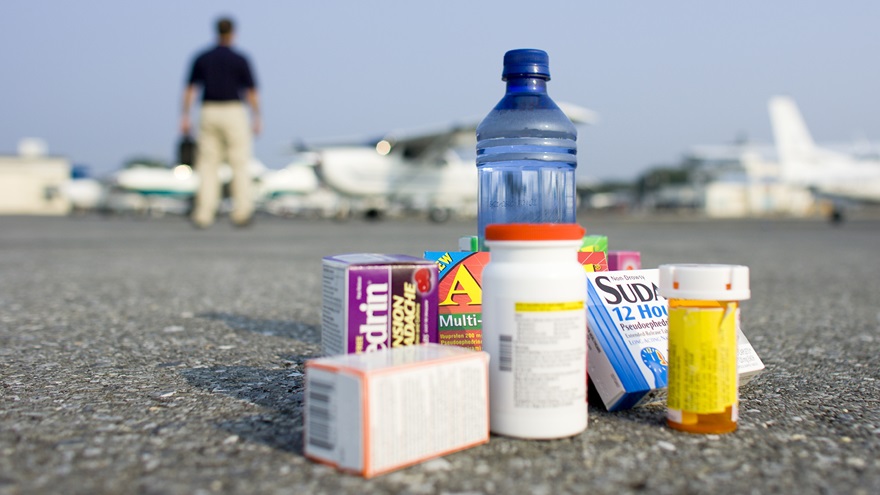 The NTSB released a study March 10 that found an increase in “prescription, over-the-counter and illicit drugs” in the bodies of pilots who had died in aircraft accidents between 2013 and 2017. The drugs, however, were not linked as a causal factor in the accidents.

The board studied the toxicology test results of 952 pilots who died in aircraft accidents to draw results for its safety research report, “2013-2017 Update to Drug Use Trends in Aviation.” This report follows a similar 2014 study that focused on toxicology reports from pilots in fatal accidents between 1990 and 2012.

In the announcement, the NTSB stressed that “a positive toxicology finding didn’t necessarily indicate that the pilot was impaired at the time of the crash, only that the pilot had used a specific drug (or drugs) at some point prior to the fatal accident.”

“As seen in the general population, pilots are increasingly using medications to deal with various ailments. Nonetheless, general aviation continues to be safer than ever,” said AOPA President Mark Baker. “We are pleased to see that the NTSB is not making a leap to causation as it relates to aircraft accidents and medications.”

After the 2014 study, the NTSB called on the FAA to make information about over-the-counter medicines available to pilots to help them make decisions on what to take if flying, and when to ground themselves if taking certain medications.

The FAA released a list of go/no-go over-the-counter medications in 2019 that includes nine categories of medications. However, AOPA believes the FAA should expand the list to more medications in order to be a better resource for pilots.

“If pilots are provided with a comprehensive list of these medications that are potentially impairing their fitness to fly, along with suggested alternatives, we could positively impact these types of situations and reverse these trends,” Baker said. “The General Aviation Joint Steering Committee has approved safety enhancements specifically designed to address this issue, and if those recommendations were to be fully implemented, we could give pilots the best tools to make informed decisions, thereby reducing the increases the report highlights.”

AOPA has long offered a medications database to its members. AOPA created the database based on knowing the history of FAA decisions on certain medications. In addition, AOPA offers a free Medical Self-Assessment online course to help all pilots better understand how to assess their fitness for flight. Members can also contact the AOPA Pilot Information Center or enroll in Pilot Protection Services to speak to medical representatives regarding medical conditions and medical certification.

The study released March 10 “also revealed an uptick in the percentage of fatally injured pilots who tested positive for tetrahydrocannabinol (THC), the psychoactive compound in marijuana.

“The NTSB concluded that evidence of this drug use presents a safety hazard that hasn’t been effectively addressed and called for the FAA to explicitly inform pilots that marijuana use by airmen is prohibited.”

AOPA regularly reminds pilots through its publications that they are prohibited from using marijuana, or other cannabis products, even though some states have legalized marijuana use.

“Use of any cannabis products, including CBD products or medical marijuana, is still prohibited for all classes of FAA medical certification, and that status isn’t likely to change in the foreseeable future,” the AOPA Pilot Information Center’s Medical Certification Section Director Gary Crump wrote in the December 2019 article, “Altered states.”

In April 2019, AOPA and many aviation groups and airline unions responded negatively to an FAA proposal to analyze urine samples from pilots taking FAA medical exams to compare trace amounts of drugs and medications in pilots who didn’t have accidents to those who died in accidents. The FAA proposal resulted from an earlier NTSB request. In responses, AOPA and the groups opposing the study called on the FAA to focus its resources on educating pilots about harmful drugs identified in toxicology reports, point them to safe alternatives, and not waste limited resources on a nationwide, multiyear drug study. The letter also renewed a call for the Office of Aerospace Medicine to develop a comprehensive and robust list of medications and publish it online.