Get the app Get the app
Already a member? Please login below for an enhanced experience. Not a member? Join today
News & Media Piper joins fight for coronavirus relief

Piper Aircraft prototyped a clear plastic face shield for a hospital on the front line of the coronavirus pandemic and quickly shifted some resources to manufacture personal protective equipment (PPE) after the new product exceeded expectations. 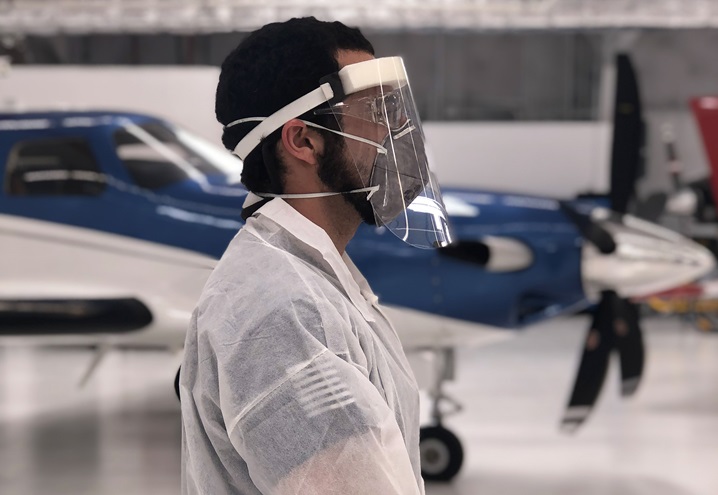 Piper employees came up with the idea during a March 24 staff meeting when they matched the general aviation aircraft maker’s research, development, and engineering experience to the needs of the medical community.

A tour of the Vero Beach, Florida, factory floor by Piper Aircraft President and CEO Simon Caldecott pinpointed a plastic stamping machine that could help do the job. Soon after, the first Piper medical face shield was assembled for a trial. It was then driven to the nearby Cleveland Clinic Indian River Hospital, also in Vero Beach, where medical staff gave the nod to proceed.

“When we took them over to the hospital, they said, ‘These are great. They’re even better than the ones we have on hand,’” explained Jackie Carlon, Piper’s senior director of marketing and communications. 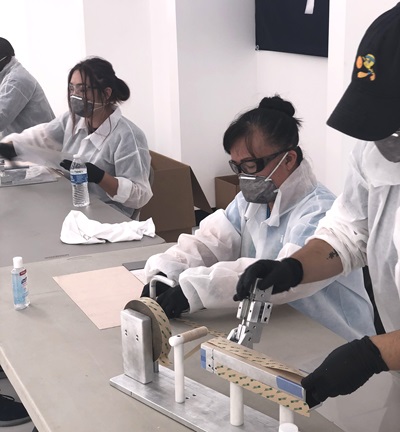 After the prototype was approved by the hospital, the airplane manufacturer found itself at least temporarily in the medical supply business. “We took a look around and said, ‘Hey, we can do that,’” said Carlon, who explained that Piper’s production face shield includes materials usually used to make the seats and interiors for the Piper Pilot 100 and other training aircraft. “We actually had the thin [clear] plastic material on hand, too, but we don’t normally use it in our production line.”

The airplane manufacturer known for the Piper Archer, Seneca, and M-Series lines of GA aircraft quickly shifted nine employees to PPE manufacturing. Meanwhile, production continued on single- and twin-engine airplanes, including work to certify the Garmin Autonomi autoland system in the Piper M600 SLS “by the first week in June,” said Carlon.

Carlon said the number grew to 50,000 over the next few days as word spread and “people are kind of coming out of the woodwork” to request the devices. The company also donated 1,300 N95-approved face masks to the hospital. 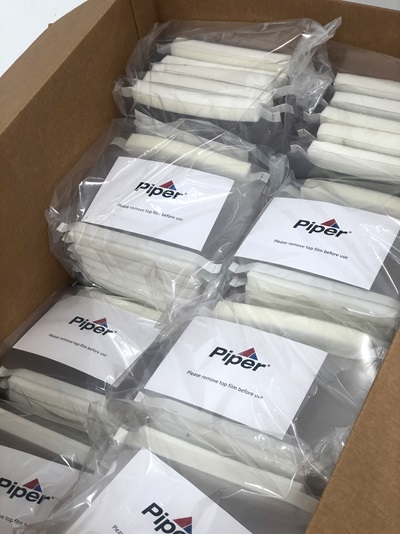 "This is a critical time for our community, our country and the world,” said Piper COO James Funk in a March 26 announcement. “It is a time for action, cooperation and collaboration. As a team, we can make a difference for people in need and directly support those fighting the battle on the front lines of this unprecedented crisis. This is just one small way that we are trying to help. We want healthcare providers, especially, and patients to be safe, therefore it’s vital that we all pull together to help our community weather this crisis and come out the other side stronger than ever.”

The face shield production line consists of nine people sitting six feet apart to attach elastic and foam to the clear material. They are keeping their distance from each other on the line to adhere to the Centers for Disease Control and Prevention guidelines. Carlon said social media posts among staff help lift everybody’s spirits as more and more states initiate stay-at-home restrictions that can affect GA operations.

Carlon said Piper has no plans for a long-term presence in the medical supply industry: “At the end of the day this wasn’t thought to be a big profit center, but [it’s about] what we can do to help the local community and to lift everybody up so we can all be stronger.”