Get the app Get the app
Get the latest news on coronavirus impacts on general aviation, including what AOPA is doing to protect GA, event cancellations, advice for pilots to protect themselves, and more. Read More
Already a member? Please login below for an enhanced experience. Not a member? Join today
News & Media Protecting GPS: Senators grill officials on Ligado network plan

The Federal Communications Commission’s approval of a 5G wireless network that critics say could overpower GPS signals on adjacent frequencies came in for sharp scrutiny in a hearing held by the Senate Armed Services Committee May 6. 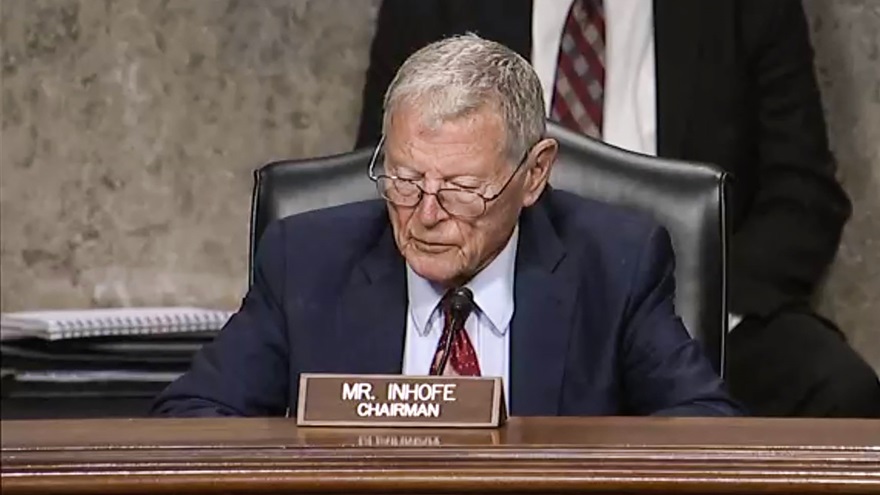 Sen. Jim Inhofe chairs a committee hearing about the Ligado Networks wireless network proposal on May 6. Courtesy of the United States Senate Committee on Armed Service.

Ligado is proposing a terrestrial wireless network that would mostly support Internet of Things service as the successor of LightSquared, a venture that went bankrupt in 2012 while pursuing network approval in the face of strong resistance—especially from the aviation sector.

Senators on the committee pressed a panel of military and government expert witnesses on the procedures the FCC followed in approving the network license on April 20, how the license approval might be reconsidered, and what could happen to Ligado’s bandwidth if the company opted to sell its place on the L-band to another service provider rather than develop the proposed network.

Several senators, citing their need to better grasp technical aspects of the issue, sought explanations of how the conflicts posed for GPS could be caused by both the power and the position on the electromagnetic spectrum of the Ligado transmissions. Dana Deasy, the chief information officer for the Department of Defense, likened the difficulty of receiving GPS signals that reach the ground from space at very low power while a wireless network operates on nearby frequencies to trying to pick out the rustling of leaves over the noise of jet engines.

The senators’ concerns—including the possibility of intentional GPS interference by a military adversary of the United States—were a clear indication that the objections to Ligado raised by the Department of Defense, the National Defense Industrial Association, and a coalition of organizations including AOPA were registering with committee members.

The industry coalition—made up of airlines, aviation and science associations, engineers, scientists, and more—made their case in a letter to the committee’s leadership, noting problem areas of the Ligado plan in national security, public safety, the economy, and regulatory matters.

“For these reasons and many more, we are strongly urging the FCC to stay and reconsider its decisions on Ligado,” it said. More organizations were signing onto the letter even as the hearing proceeded.

AOPA has long opposed any network plan that could threaten GPS reception until technical issues are satisfactorily resolved.

“Experts note that the impacts caused by GPS interference as a result of the FCC decision would not only have negative impacts on our nation’s military but also on millions of general aviation operations each year,” said AOPA President Mark Baker in a statement issued in advance of the hearing. “Given the apparent safety and national security issues involved with this decision, we believe the FCC should immediately rescind this order until concerns are fully addressed and agreed upon by all parties involved.”

A growing number of senators, who recently returned to Washington, D.C., are signing onto a letter of their own opposing the FCC decision, including several who did so after the hearing, said AOPA Senior Vice President of Government Affairs Jim Coon.

The bipartisan list (and one independent) of senators signing the letter had grown to 21, prompting Inhofe to extend the cutoff for signatures an extra week, Coon said.